“Ordinary lives, however grassroots and dull, are like gardens where unexpected and amazing flowers of change can grow” 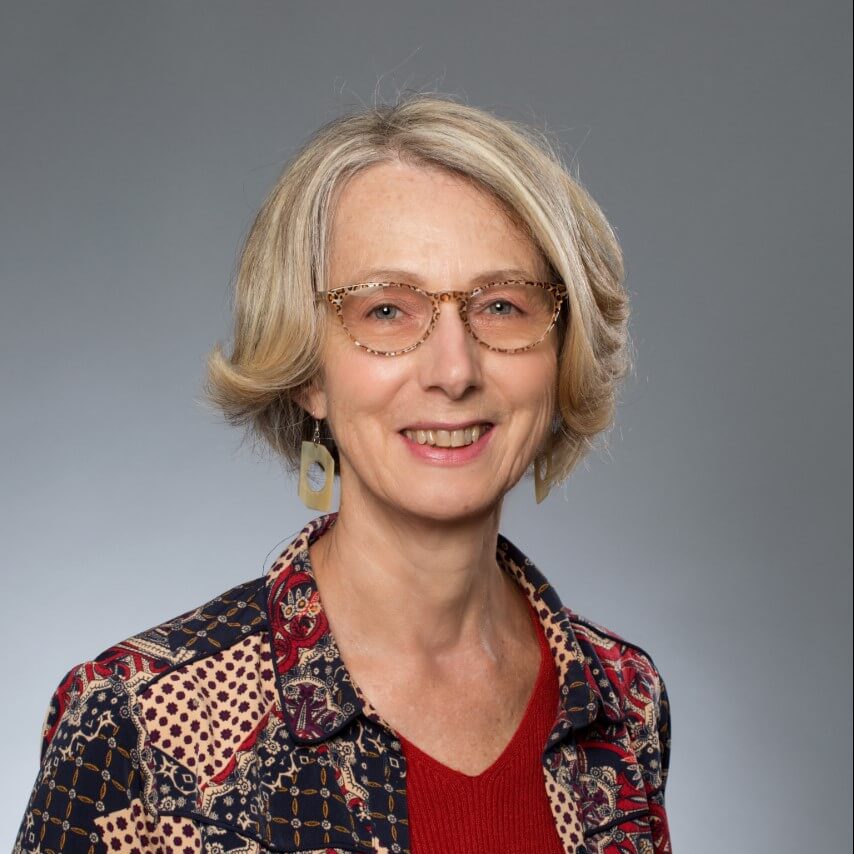 “Last April, I was riding my electric bicycle when I fell, not far from my house. A car coming down from the opposite side stopped. The driver immediately came to help me and, seeing that I could not walk by myself, asked where I lived and offered to carry me until my house. This happened in a time when we were having these fierce demonstrations of the “Gilets jaunes” all over France, people expressing their anger because their living conditions had kept deteriorating over the decades in spite of all the successive governments’ promises. The man who helped me could have been one of them, the rescue took place in the residential area where I live. In the tense social and political context which was prevailing then, this spontaneous attitude of human solidarity meant much to me.

Following that unwelcome accident I found myself suddenly withdrawn from a life with a number of responsibilities. At that time I was in charge of my old and dependent father while my sister was looking after my mother in hospital. And one and a half months later, my son was getting married. After a time of shock, acceptance and trust came.

In hospital, in four days I had three successive roommates. When you lie deprived of all activity, any human relationship can become precious. Some meaningful sharing took place and at the end of our times together they all thanked me for the relationship we had established. One of them was a science teacher. She was quite unwell, but her main preoccupation was her students as an important exam was due to take place in the next days. As soon as she could, she would grasp her computer, get in touch with them and dictate a course to help prepare them. One day, stretching out her arms, she handed me her computer and I was able to see on the screen the cathedral of Notre-Dame in Paris ablaze.

Back home, with time in front of me, I let the film of recent events unroll. Each day would take me further back in time and I developed a new look upon my life, the emphasis passing from a range of things achieved to the quality of relationships I had been able or not to have with the persons involved.  These came out as more important than anything done. This inner process developed, outlining the true value of my life.

This experience changed something in me, and today the way I approach people and situations is different.

In August my husband and I had to go to Normandy to take it in turns in looking after my aged and fragile parents. At the beginning, we nearly considered this time as a personal sacrifice instead of our holiday, but strangely it became a time of inner discoveries and changes in us. Both of us were able to re-visit our relationships to my parents back over the years and we saw how arrogant or insensitive we had been at times. And now they were in our hands, weak and dependent. We could no longer use words to express our change of hearts, only our attitudes could speak.

While we were having those transformative experiences in our remote corner of Normandy, interesting programs on the television gave us food for thought at another level.

One program refreshed our memories about a famous author living in the 18th century, Jean de la Fontaine, whose “fables” have been learnt by schoolchildren for generations. He had a special talent to write in the most exquisite French and all in verses, animal stories depicting in fact human virtues and vices : a mirror of society in his lifetime, amazingly relevant to society today.

Jean de la Fontaine was a man with plenty of talents, a genius even. He became a member of the select French academy. But misled by some weaknesses, he wasted his wealth and reputation and had a tragic end of life. Could things have been otherwise ?

Another program was about Napoleon. The story of his rise, his military genius, his hard work to help France of the Old Regime (under the kings) turn into a modern country with an entirely renewed law system, education, administration … until his political ambitions knew no more limits, with his desire to dominate Europe; there was this terrible campaign of Russia, one of the biggest human military massacre in History etc. Napoleon died at the age of 51 in the most miserable circumstances. Could things have been otherwise ?

Commenting on the program, I heard someone say: ‘if these people had been too moral bound they would not have had so much personal charism and their genius might not have blossomed’.

Still, I question their respective tragic end … even if they have known posterity after death.

No doubt passion is a source of great creativity and achievements, but it can become a destructive path when some driving forces in us, not identified for what they are, take over.

But what would be our world without people with passionate hearts and minds?