Brexit or no Brexit, The UK Remains a Part of the European Ideal 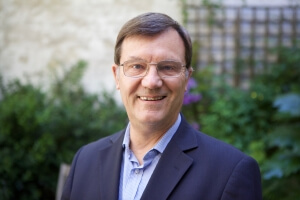 The European Union is far more than just an economic or political union. The European Union, and the continent it sits in, is at its best a geographical, cultural and spiritual union between peoples of a great range of ethnic, linguistic, religious and cultural heritages.

What has been totally lacking in the Brexit debate is any sense of what the European continent, of which Britain is a part, stands for in the wider world. The debate has been framed largely in the self-centred context of what is in Britain’s economic self-interest. Many, it is true, have seen Brexit as breaking out of a straightjacket imposed from abroad, leaving the UK free to enter into its own trade deals with the rest of the world—an issue of national sovereignty.

Yet these have been largely materialistic in perspective, devoid of any vision of the spiritual values that underpin the European ideal.

The European continent and the countries that make it up represent all the variety of great spiritual and religious traditions, and including the great heritages of art and architecture; music, literature, theatre and the performing arts; inventiveness, commerce and industry—all of which have influenced and transformed the wider world for the better, despite and sometimes because of a dismal colonial history.

How do we recapture that sense of contribution to the world’s greater good? What does the European continent now stand for in the world? For, whatever the outcome of Brexit—and Europe will never be the same as it was—we as a continent of peoples can and should continue to contribute to the world’s welfare, not in a spirit of colonial conquest, but in a spirit of humble service. And in full acknowledgement of the historic wrongs of our forebears, in countries ranging from the Middle East to China and South Asia, Australasia, Africa and Latin America.

This includes a Britain that remains, geographically and, for many, emotionally, a part of the European continent.

When I was a young man in my early 20s, I was inspired by a vision of what young Europeans might contribute to the subcontinent of India. “Come and serve my country,” said a grandson of Mahatma Gandhi. I went for a year and stayed for three. I made friends for life there and have lost count of the number of subsequent visits I have made there. Most importantly, alongside the friendships, I gained experiences and perspectives that were way beyond my national and European outlook on life. I saw the world as others see us, warts and all. It shaped my path in life.

Today’s younger generation are far more footloose than my generation were. They want to be a part of the wider, global picture, the opposite of a narrowing of perspectives. Globalization has shrunk distances and we all live in the global village.

A nation that turns its back on its neighbours will suffer greatly, and its neighbours will be the poorer for it. We British, we Europeans, need a vision for what our contribution to the world should be—economically, yes, but above all culturally and spiritually—in a spirit of humble service. For without a vision the people perish.

Michael Smith is the author of ‘Great Company—trust, integrity and leadership in the global economy’ and a volunteer with the global Initiatives of Change movement. This article reflects his personal views.