Giving a Global Peacemaker Back to the World 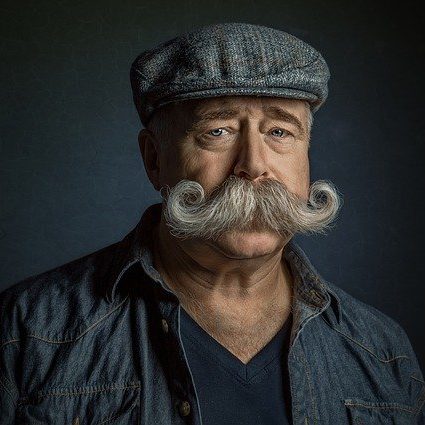 A documentary film about Frank Buchman, initiator of the movement now known as Initiatives of Change, was launched in the British Parliament on 5 June, and then to a large public audience in central London. Produced by film-makers Imad Karam and Kelly Burks, The Man Who Built Peace has already won five awards internationally.

Hosting the Parliamentary launch, the Duke of Montrose said, ‘Frank Buchman set out to remake the world and it is only possible to understand his life in the context of that aim. This film concentrates particularly on his contribution to healing animosities after the Second World War, for which he was decorated by France, Germany, Japan and the Philippines.’

Carolyn Hayman, co-founder of Peace Direct, introduced the film to the Members of Parliament, research assistants and others present. ‘Buchman was part of a cohort of extraordinary leaders in which I include Mahatma Gandhi, Badshah Khan (known as the Frontier Gandhi), Martin Luther King and Nobel laureate Leymah Gbowee who rallied the women of Liberia to make peace. Those are stars in the peacekeeping world.

‘But just as in the night sky you see millions of smaller stars, all over the world people are building peace in their local conflicts, using the techniques that Buchman espoused – personal transformation and self-knowledge as the beginning of transformation of society, patient listening, empathy, a real desire to understand how the world looks from the other point of view.’ 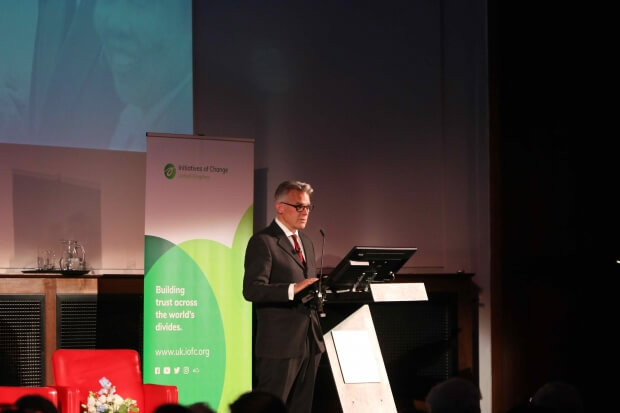 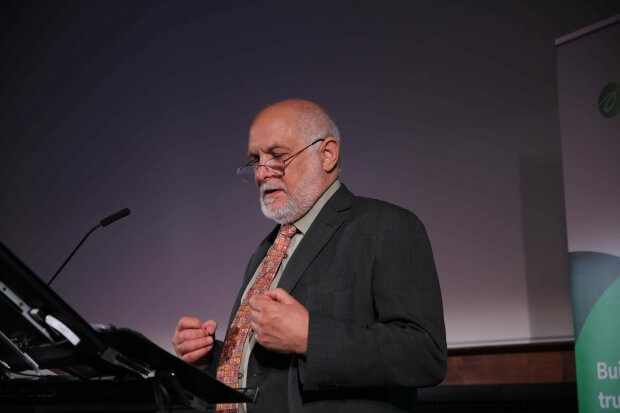 Two days later, the public launch at the Royal Geographical Society was attended by 270 people including diplomats from several countries. Kelly Burks, co-producer of the film, opened the evening with these words: ‘Every locked door anywhere in the world is locked in the absence of love. It is our collective responsibility to unlock doors everywhere in the world in a loving way.’

William Morris, Secretary-General of the Next Century Foundation, introduced the film, and told what he had learnt from it. When he first saw the film he was in bitter dispute with a Trustee of the Foundation. Following Buchman’s example, he recognised that his bitterness and self-righteousness was part of the problem, and wrote a letter of apology. The dispute ended amicably.

Following the screening, a middle-aged man rose to his feet. ‘Until this year I was serving a life sentence for armed robbery,’ he said. ‘I was alcoholic and a drug addict, a broken man. Alcoholics Anonymous helped me. I called out to God, and the message I got was that I should purify myself. I started to practice the principles of AA – which originate from Buchman – and I found serenity. Others on my landing were attracted by what I had found, and they began to get clean. Now I have got my grandchildren back, and a decent life. For me, it is all about passing on this way of living, starting with young people.’

A Labour Member of the House of Lords said that he was ‘extraordinarily grateful’ for the film with its message of ‘turning inside oneself in quiet and waiting for the answer to come. ’How do we use the film’, he asked, ‘to take this message to a society which encourages us to look after ourselves and the devil take the hindmost?’ 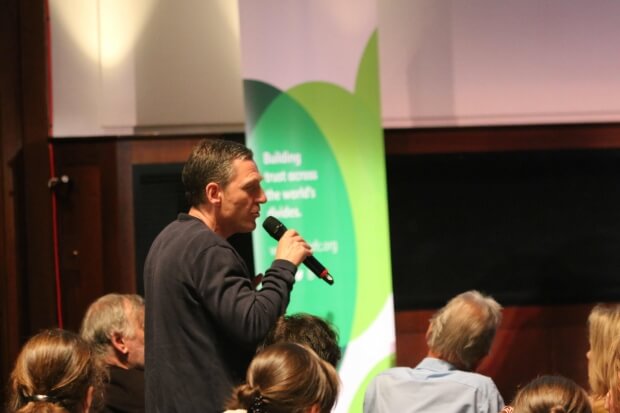 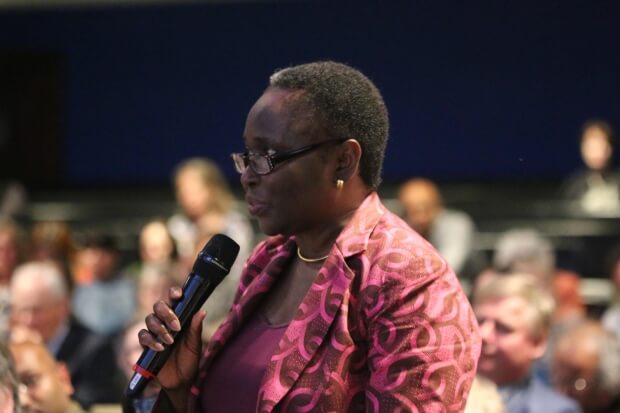 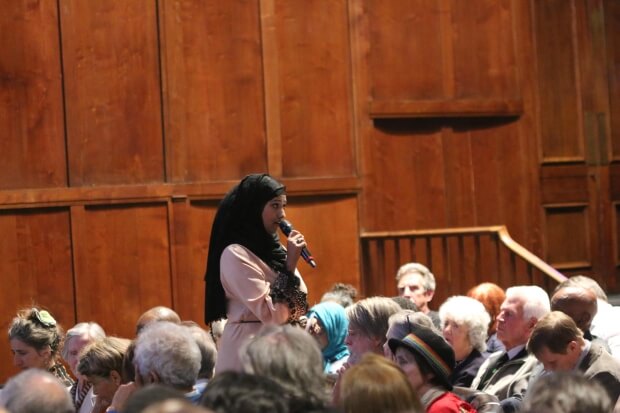 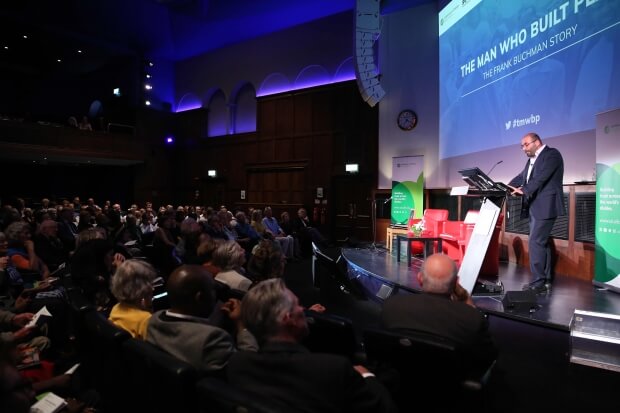 Amina Dikedi from Nigeria, who encountered Initiatives of Change as a young woman, told how this had enabled her to heal a fraught relationship with her father. Now, as President of the NGO Creators of Peace, she is helping women in many countries to discover the skills of peacemaking. ‘The work Buchman began is more relevant than ever today,’ she said.

Amina Khalid, Head of Community Programmes at Initiatives of Change UK, showed how the peacebuilding and reconciliation methods revealed in the film are being used today when she shared passionately about their vital work with London communities on knife crime and radicalization. She also spoke about the commitment of IofC to help find ways to resolve the refugee crisis in the UK and Europe.

Concluding the evening, Dr Karam, the film’s Director, said that he had decided to make the film ‘because Buchman is too little known today, and I wanted to give him back to the world’. And especially to the Initiatives of Change community, of which he is part. ‘In this country as in others there is a vacuum in moral leadership,’ he said,’ and I don’t think we are up to the challenge. This film can help us find the inspiration we need to reach out as a force for good in the world.’