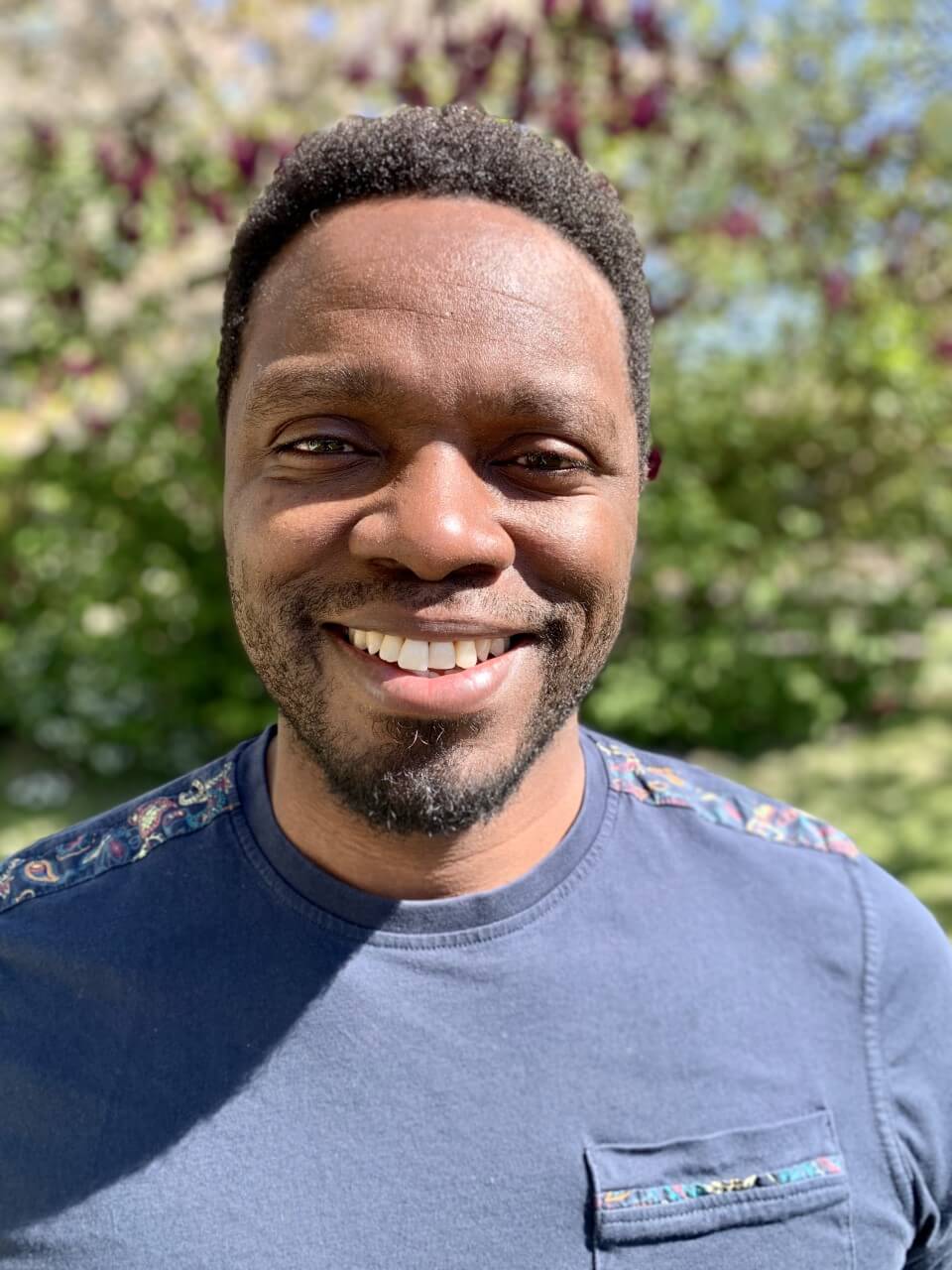 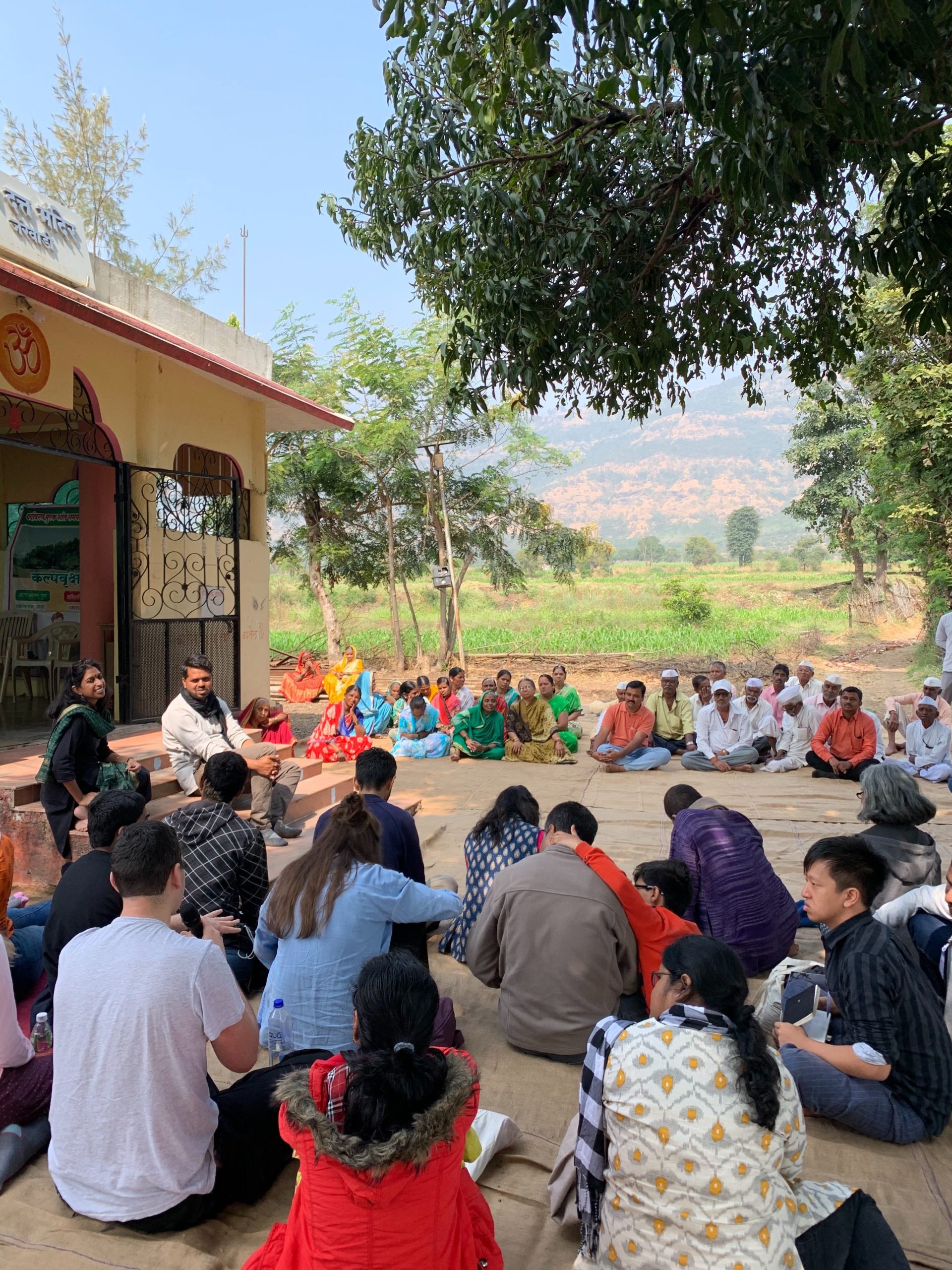 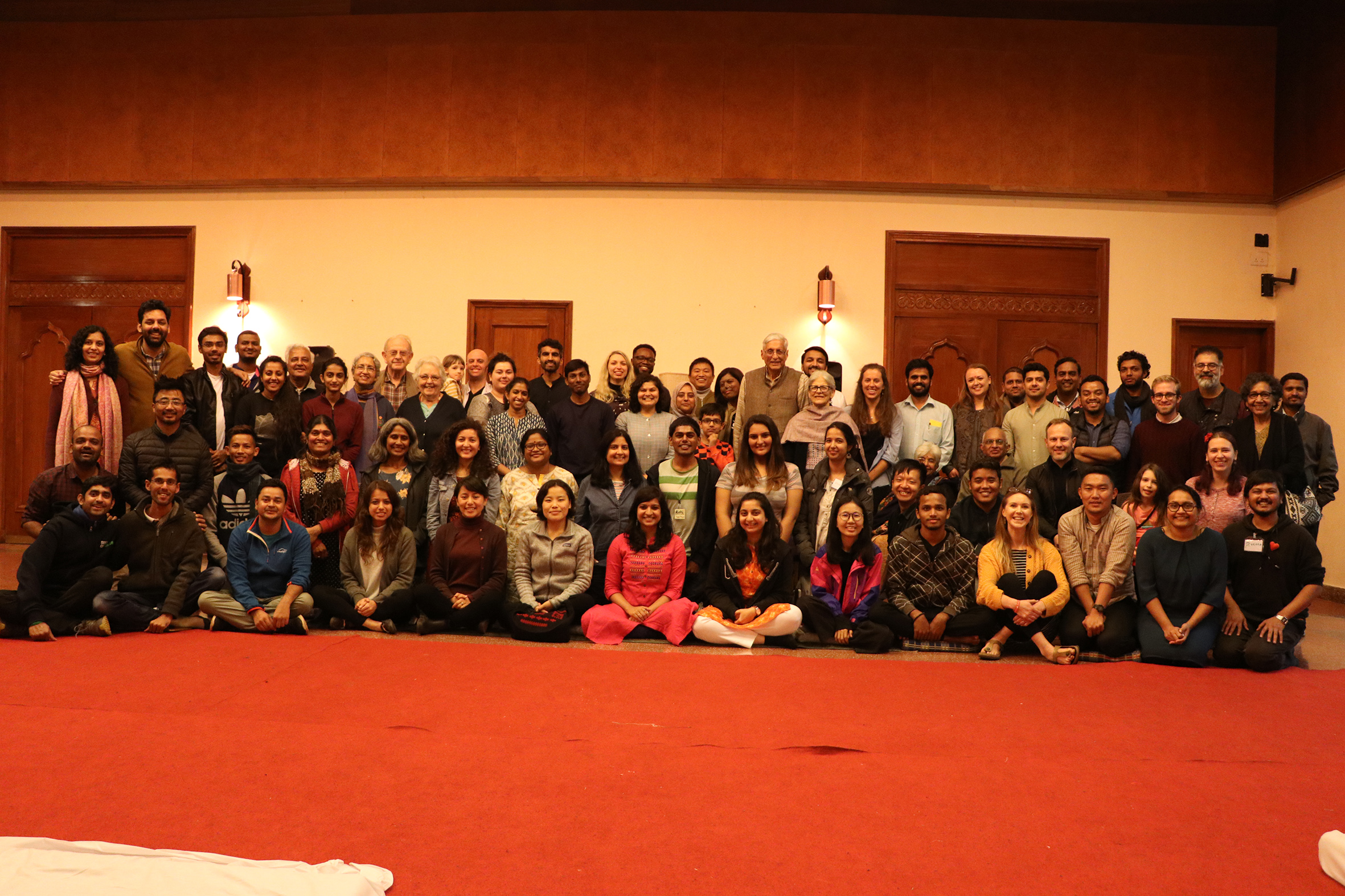 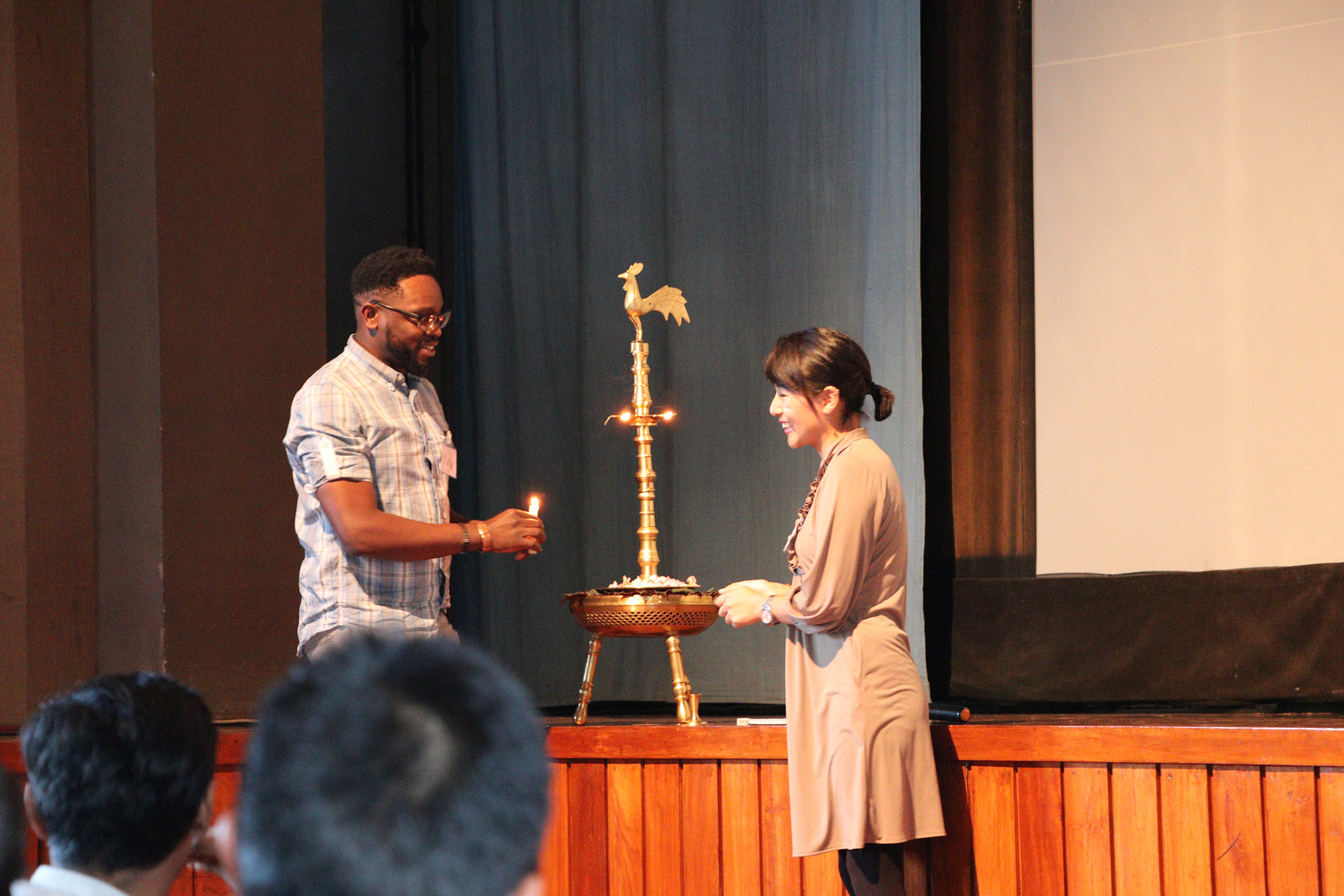 I have long dreamt of visiting India and experience something of the magic I’d often heard and read about. I wanted to sample her rich cultures, discover some of her hidden beauty, but above all, I hoped to discover new insights about a small sample of the 1.3 billion people who call India home. So, when the offer of inducting the New Year and decade with a trip to India was made to me, there was only one possible response: haan.

For me, coming to India was more than just the opportunity of crossing one item off my bucket list. In many ways, it felt more like going on a pilgrimage. By pilgrimage, I don’t simply mean a race from one holy site to another, but a longing to connect, or better, to reconnect with the essence of myself.

As we landed in Mumbai it felt like I’d arrived in a place that held both the immediacy and familiarity of home. Mumbai reminded me so much of Kinshasa and other African cities I’d visited. The congested and noisy streets, the sensory overload, the relics of colonial era architecture, all evoked home. Mumbai, like Kinshasa is a city of contrasts and extremes where dreadful hardship is juxtaposed to extravagant wealth. It is clearly a city of dreams for some, and dreams still in progress for too many.

As we meandered through Mumbai traffic and onto Asia Plateau (the IofC centre in India), I was acutely aware of the complexity of emotions and feelings that my first steps in India carried. Paradoxically, that too was a reminder of home. This feeling of being home was only reinforced when our band of exhausted travellers gathered around Syd and Archana, our hosts, for the most delicious of midnight feasts. Little did I suspect that this was only a culinary foretaste of things to come. The next day, as I stood pensive soaking in the warm January sun, observing a merry barrel of playful monkeys on the guesthouse rooftop and in trees, I could hear afresh Naguib Mahfouz’s beautiful words: ‘Home is not where you were born. Home is where all your attempts to escape cease’. Yes, I was home and it felt good.

A group of us had travelled from the UK to meet with a number of change makers from across India and other parts of the Asian continent to mark the tenth anniversary of School for Changemakers. For the past decade, School for Changemakers had allowed many of us in the UK to build a web of deep and meaningful relationships across the country. This network, numbering dozens of people, drew together an unlikely fellowship of people separated by so much, but united by a stubborn commitment to create a new axis of hope for the broken communities we were all part of.

The perspective of blending our shared experiences with that of Asian Change Makers, equally determined to embody the change they all longed for within their contexts, augured well for the week we were to spend together.

The hype was real, and the conference lived up to expectations, even exceeding them in some aspects. The focus of the conference was not novel in itself, neither was the format. But, as Thomas Carlyle suggests, “the merit of originality is not novelty, it is sincerity.” Ultimately, novelty was not what most of us were after, but authenticity.

This fearlessly authentic space, became the locus of learning and unlearning for me; learning new truths about the landscape of creative and courageous leadership, often in the face of seemingly unsurmountable adversity; unlearning old convictions about the primacy of western-centric tropes about identity, culture and history, about memory and legacy, and about justice and privilege.

At the time of our visit, India had been wrestling with a controversial citizenship amendment bill that divided opinions and exacerbated old divisions, often through ugly and dehumanising behaviours. For all the inspiration and enlightenment one can experience in the Indian sub-continent, there are shades of India’s history (past and present) that reminded me that it’s not quite yet the dreamt-of paradise I had often encountered in tourism brochures and blogs. Through the expert voices of those guiding our shared learning during the conference, and many individual accounts of the corrosive effect of the rhetoric of othering, I discovered  in India the reality of a people sharing the same story but holding different memories of it. Fractures run deep across people, regions, and religions. The spectre of dislocation and disintegration seems an ever-present threat to the integrity of this ancestral nation.

As she wrestles with her demons, India can look confidently and defiantly into the night to a glorious dawn thanks to those of her children who tirelessly and courageously curate a space for hope, healing, and reconciliation. In the process, India would do well to heed the ancestral wisdom that has held and shaped her. I have heard echoes of this wisdom through the words of Rajmohan Gandhi who reminded us of the intrinsic goodness and value of every human life and the imperative need to preserve and nurture our shared humanity. I sang it in the witty, engaged and militant poetry of Vasu Dixit who uses music as a medium for change. I engaged with it in the erudite arguments of Supriya Ghandi who warned against revisionist versions of the history we write and teach. I observed it in Dwaraka’s indefatigable devotion to service. I felt it in the stories of Altaf, Fouzia, and their son Kafeel, a Muslim Kashmiri family unwavering in their commitment to let hope triumph over hate. I recognised it in Anusha and Vanitha’s determination to enable and empower a generation of young girls and women to weave a tapestry of courage with the threads of hope thrown at them. And for years, I’ve experienced it in the friendship of Krish who, with Denny and others tirelessly and expertly foster co-creative spaces where we can safely and bravely engage with the discomfort and disruption of difference in a spirit of mutuality, accountability, and generosity.

In the many people I met and spoke to during my stay in Panchgani, I sensed a real ache for life and a real humility in attending to the task of transforming structures of exclusion and oppression into oasis of hope and life giving change. The time spent in their midst only reinforced in me the forgotten virtue of speaking from silence instead of speaking from noise as is so often the case in the world I live in. I grew up with the African understanding that deep wisdom is often attained when one is willing to inhabit silence, quieten one’s mind and heart, and centre the self in the silence of eternity discernible through the uninterrupted whisper from the Almighty and the cloud of witnesses who, before us, faithfully attended to this task. Undoing old habits is proving to be a humbling exercise, but I labour with compassion and determination to relearn the virtue of silence.

A few weeks on from re-entry into my world, I realise that memories are starting to fade. And if I’m totally honest with myself, some have been processed and re-edited in my mind and shrouded in romanticism. Others have already been dis-membered by the inexorable tyranny of busyness and the insatiable pursuit of elusive happiness and purpose. The clarity of what happened may not stand up to the scrutiny of accuracy, but I’m comforted by words borrowed from the timeless wisdom of Maya Angelou: ‘people will forget what you said. People will forget what you did. But people will not forget how you made them feel.’ I’m not too anxious about memories fading from my mind, nor am I concerned by my inadequate attempts to re-member the experience. After all, I’m from a people whose understanding of memory suggests that its natural habitat is the heart, not the mind. So, I linger not so much on the words and events, but I connect to those countless beautiful faces encountered in Panchgani, I rehearse their names and personal stories imprinted on my heart, praying that we may meet again soon.