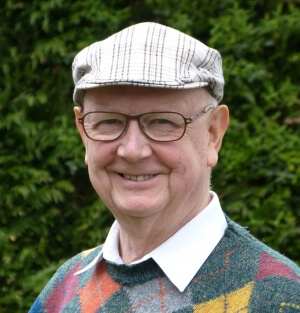 This article first appeared in 'the Friend', the Quaker national weekly magazine, on 25 January 2019, in the ‘Thought for The Week’ slot.

As we look around our own communities, country, and the wider world we see much cause for heartache. It is easy to be overwhelmed. Where can we start to play our part in bringing change? That is how I felt as a student in London in 1963. So, amongst other things, I demonstrated outside the South African embassy with my banner against apartheid, and spoke at Hyde Park Corner for CND.

There were things in the university I also felt needed to change, so stood as president of the Student Union of what is now The City University and got elected. In a union meeting a motion I wanted passed was discussed. The voting was close, but went against the important change that I felt was needed. So, I surreptitiously altered the voting figures, and the motion was passed. Yet, in true student style, I was critical of politicians for being dishonest and corrupt. Someone I met, who knew nothing of this vote fiddling, said to me that if I was really serious about bringing change to the issues that concerned me I should have a good look at myself and see if I was walking the talk. I didn’t have to think too deeply to be aware of the mismatch.

At the next Union Meeting I told the students what I’d done and reversed the decision. My knees were shaking and there was plenty of booing and hissing, but I wasn’t thrown out, as I had been prepared to be. For me that act of honesty was a costly decision, and was like driving in a stake for future conduct. It was about being true to what deep in my heart I felt to be right. As a militant atheist, this sense of integrity emerged not from a religious belief, but from a vision for a better world. I felt an inner liberation.

To engage further with this vision, I threw in my lot with an NGO the name of which is now Initiatives of Change. Like with Quakers, there aims to be an inspired balance between silence, personal integrity and societal change. This commitment took me to a life of adventure and engagement with struggles, including lengthy periods in India, Australasia, Rhodesia and South Africa from where, during apartheid times, with my family, I was eventually forced out by the security police.

Back in Britain at the age of 40 I trained as a teacher and became deeply involved in education, first as a mathematics teacher in a comprehensive school, then launching a programme going into hundreds of UK Sixth Forms to stimulate thought on purpose in life and motivation. In my small way, it has been a life of engagement with trying to bring integrity based change in the wider world. But it is clear that I wouldn’t have set out on this path without taking that first concrete step of being honest about the vote fiddling.

Seven years ago, my wife and I encountered Quakers. The times of silence, the concern for social action, and the desire to walk the talk, resonated so much with Initiatives of Change. We now feel comfortable, with kindred spirits, to be on this twin track in common cause.

Howard Grace is one of the founders of the West Berkshire Peace and Integration Forum. Howard works with IofC and has conducted workshops in hundreds of Sixth Forms around the UK. He is also executive producer of the film Beyond Forgiving.