Initiatives of Change UK hosted a moving and thought-provoking event on Wednesday 26 June, to show solidarity with refugees and discuss the migration crisis with an esteemed panel of speakers.

It came after a week-long celebration for World Refugee Week, where thousands of people across the globe came together to show compassion and understanding for the plight of refugees, who risk their lives to escape violence, corruption and poverty at home. But for many it feels like the situation has worsened over the last 20 years and still refugees are a statistic, a non-identity, a value on an economic scale. ‘The world needs more humanity, human life has value’ Dr Helia Lopez, Sociologist and researcher, said as she concluded her passionate reflection of the global impact on the refugee crisis. Helia made the harrowing observation in her speech and her research that there is ‘clear evidence that humanitarianism is losing ground against populism’.

Humanity was the most common theme from the evenings discussion on how to moveforward. ‘Small changes of how we treat one another, and how we celebrate our potential. We need to place humanity as the core of our entire existence on earth. Humanity has a story and an intrinsic value’ said Atur Dr Yehoeshahfaht Ben Israel, Principal envoy to European African Hebrew Israelites of Jerusalem. He continued: ‘it is calling on peoples’ humanity that will solve the crisis.’

Guests were treated as they arrived to beautiful music played by Jimmy Elder and enjoyed traditional African food prepared by young chefs. Before discussions started three young dancers from Uganda won over the hearts of the audience with their traditional dancing – the perfect start to the evening. 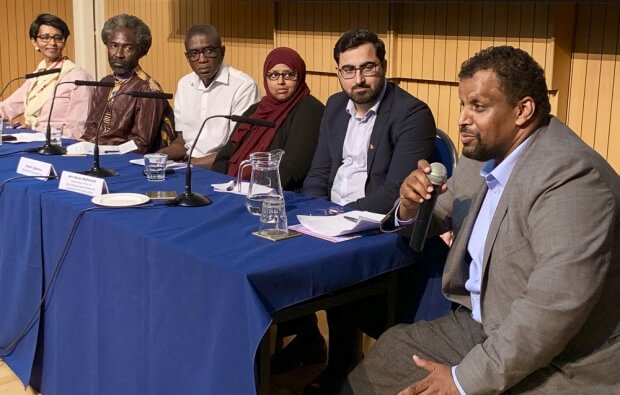 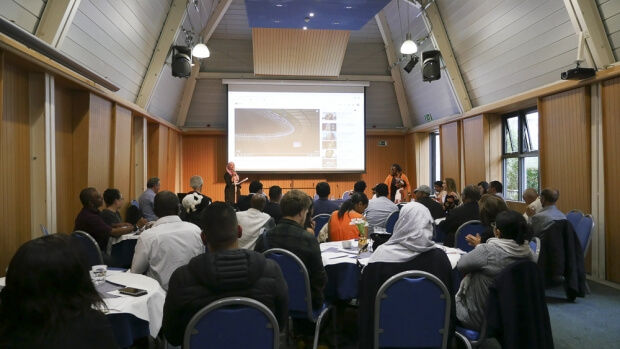 Personal stories of guest speakers moved many to tears. Mr Saeed Abdelrahman, Chief Operating Officer at Ethar Relief, spoke humbly about his own experience as a refugee fleeing from violence. He told the harrowing story of how 16 members of his family died in one strike. Saeed lived in a refugee camp as a boy before finally fleeing. He told the audience; ‘Some people have been living there [in refugee camps] for generations. I went back after decades and now the situation there is much worse. UN agencies were there [before], now they are non-existent. Women give birth alone and kids are born with all kinds of disabilities. I ask the children in the refugee camps why they risk their lives. They look into my eyes and say “Sir, look around you it is death, it is death in the dessert, it is death in the ocean – what’s the difference. I will try, I would rather die trying than die here”.’

It was with great honour to hear from Mr Gulwali Passarly, Co-founder and Director of My Bright Kite and author of The Lightless Sky. He spoke to the audience about his own traumatic journey as a 12-year-old boy and his escape from Afghanistan. Gulwali travels the world to raise awareness of refugees. During his contribution to the evening he stated that: ‘Sometimes we feel overwhelmed by the refugee crisis. It’s a crisis for the refugees themselves. We are all humans. There are things in life we take for granted in the western world (food, water, home). We should treat each other with dignity and respect’. He talked about lessons not learnt from history and why in the 21st century there are still so many deaths, drownings of people, desperate for a life they warrant. ‘They deserve to be here because of what they went through and where they come from, not in terms of productivity or their contribution. It’s hard being a refugee, the sacrifices you make, and still you have to explain to people why you should be welcome. They are just people that were born in the wrong place in the world’.

Personal and Business Coach and trainer Mr Joseph Ogbonna explained how we can help refugees in their host countries and posed the question: ‘What mindset do we have in providing refugees with opportunities? If this country is built on entrepreneur-ship, refugees should be welcome’. He concluded that it is our individual actions and mindset that we need to change in relation with refugees.

Before the evening finished with a Q&A, the audience heard from Mrs Mona Mahmoud, Communities officer at Safe Passage International. Growing up, she fled Eritrea with her family to Canada. She works to open safe and legal routes for unaccompanied minors and told the audience about the work they do. She poignantly stated that: ‘Policy does not change if we stay quiet. We need to act and be part of the solution. Write to your MP,’ she urged.

A huge thanks goes out to all the speakers and guests at the event. Our thoughts and prayers are with those who lost their lives in search of their right to a safe space to live.