Peace One Day: from Shakespeare’s Globe Theatre to the world

‘Who has offended me? How can I give unconditional forgiveness? How can I learn the language of “sorry”?’  Pastor Dr James Wuye and Imam Muhammad Ashafa, once mortal enemies and now acclaimed peacemakers, posed these questions from the boards of Shakespeare’s Globe Theatre in London, on the 20th anniversary of International Peace Day.

They spoke alongside Scilla Elworthy, founder of Peace Direct, who encouraged each member of the audience to take the opportunity afforded by this special day to reflect on what peace really means to them. Minister of State for Industry Nadhim Zahawi, and former Director of Communications at the United Nations in Geneva, Ahmad Fawzi, also spoke about the significance of Peace Day – and their support for it, since its inception. 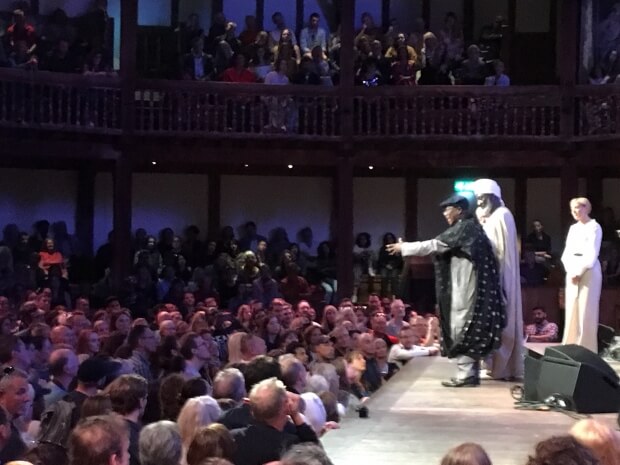 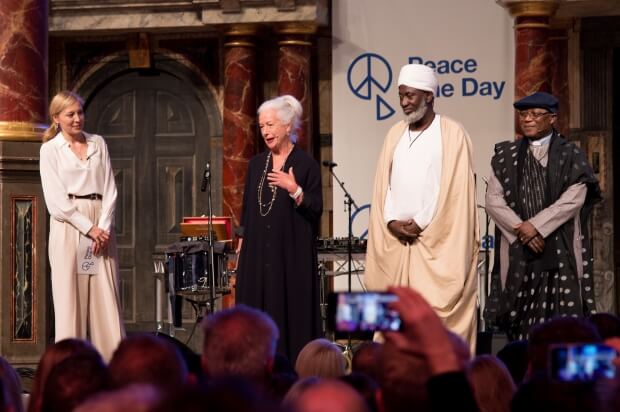 Jeremy Gilley, founder of Peace One Day, said that the message of practical peacemaking shared by Scilla Elworthy, Imam Ashafa and Pastor Wuye ‘is the heart of today’s celebration’.

The celebrations were chaired by the former director of the Royal Shakespeare Company, Sir Mark Rylance. Toward the close of the evening, Rylance called for a silence, ‘a positive silence, to think of all those not at peace in the world’. An utter hush descended upon the more than 1000 people in the theatre.

Imam Ashafa and Pastor Wuye were in the UK as guests of Peace One Day, Initiatives of Change UK, Initiatives for Land, Lives and Peace and the UN Association of Westminster.

They also spoke at Senate House, London University, on the ‘The Road to Peace in Nigeria’.  They addressed the causes of violent extremism, empowering women, safeguarding the environment to help prevent conflict and responding to climate change. The event was chaired by Professor Philip Murray, Director of the Institute of Commonwealth Studies.

A panel of three – Amina Dikedi-Ajakaiye, President of Creators of Peace International; Dr Alan Channer, Director and Producer of The Imam and Pastor film; and Dr Musa Aliyu, lecturer at Coventry University and an authority on Boko Haram – shared their responses to Imam Asfafa and Pastor Wuye’s reflections. 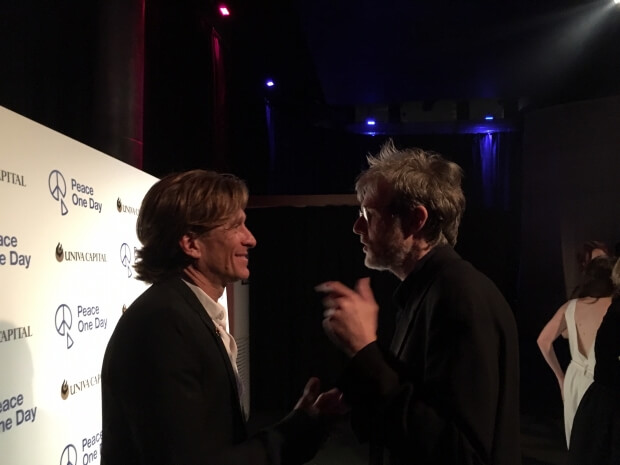 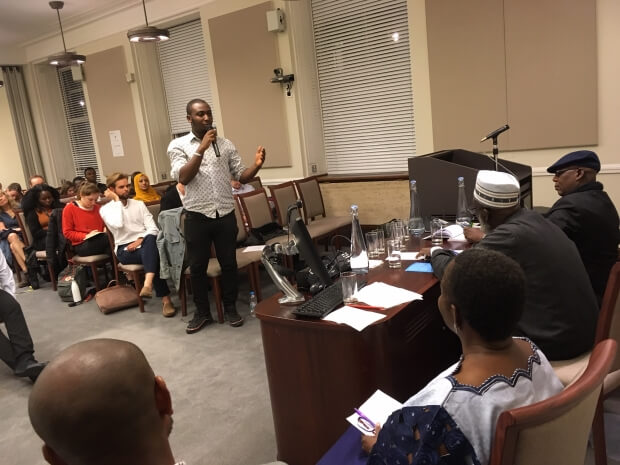 In his closing remarks, David Wardrop, Chair of the UN Association of Westminster, said he had expected Imam Ashafa and Pastor Wuye to speak mainly about their incredible story of peacemaking and reconciliation in the past. Instead, he was stirred that their talk was all about new initiatives to consolidate peace in Nigeria today.