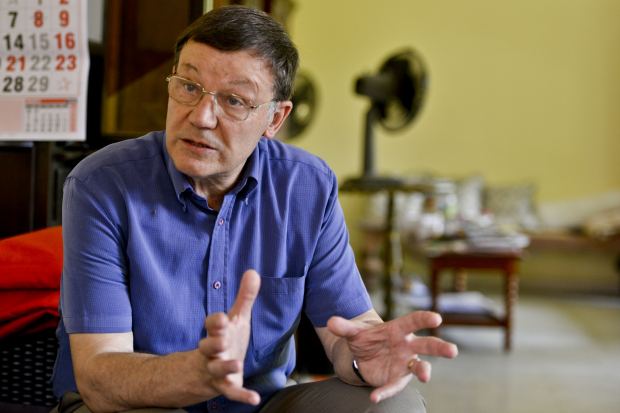 When Emperor Akihito of Japan drove down the Mall to Buckingham Palace, during his state visit to Britain in 1998, demonstrators on the route waved anti-Japanese posters. They were British war veterans who had suffered at the hands of Japanese soldiers during the infamous Burma campaign. What they wanted was a wholehearted apology.

Yet one of their number waved aloft a huge Japanese flag and shouted “Banzai!”, the traditional Japanese greeting, wishing the Emperor “ten thousand years” of life and prosperity.

Later that day, Captain Dick Channer was interviewed by ITN news outside Westminster Abbey as the emperor attended a service inside. The reporter asked him why he was waving the Japanese flag. He said he wanted to welcome the emperor, and commented that “the Japanese have stood with us during the Cold War. The last battle is to make the enemy a friend.”

Prince Charles, who met the emperor over dinner, was reported to have welcomed Channer’s flag-waving initiative, and made enquiring about who the lone figure was.

Channer had fought against the Japanese at the Battle of Imphal in Nagaland, the mountainous state in northeast India. The battles of Imphal and Kohima in 1944, decisive in halting the Japanese advance into the Indian sub-continent, are regarded as being among the Allies most crucial military victories in the war. The campaign raged for ten week, with the Allies routing the 85,000-strong Japanese army, who lost over 53,000 men, dead and missing, while British and Indian casualties were 16,500.

Channer, a 22-year-old officer in the Royal Artillery, was in charge of a gun position of four 25-pounder guns shelling the Japanese hidden in the jungle on the 5,000-foot high Shaenan Ridge. This was in support of a division of Indian soldiers of the 6th Rajputhana Rifles. Channer positioned his advance gun just 200m from the enemy, pounding them on Lone Tree Hill, a strategic hill-top clearing in the jungle. The noise of the shells overhead was “like trains rushing through Clapham Junction station,” he recalled. The Indian soldiers captured Lone Tree Hill, counting 88 Japanese dead to their 30 losses.

Channer suffered a shrapnel wound, due to friendly fire, to the back of his thigh, yet stayed in position overnight. He bandaged his leg before it began to seize up. An Indian infantryman, dug in next to him, was shot dead. Realising the danger he was in, Channer eventually radioed for help. He was carried out on a stretcher for four miles, and spent two months in hospitals in Assam. His bravery was awarded two months later with the Military Cross, the citation signed by Field Marshal Slim.

After the war, Channer was offered a permanent commission in the army. He turned it down in favour of working with a movement for post-war reconciliation, in what he regarded as the “ideological war for peace” against totalitarianism.

The international Moral Re-Armament (MRA) movement had opened its centre in the Swiss Alpine village of Caux in 1946. Here many Japanese as well as Germans, French and British visitors met over the following years, in a spirit of forgiveness and reconciliation. Among the Japanese visitors were the post-war Mayors of Hiroshima and Nagasaki, victims of the atomic bomb, who brought small crosses with them, made out a surviving acanthus tree, to present to MRA’s founder, Frank Buchman.

Channer was amongst those welcoming the Japanese to Caux. They included General Ichiji Sugita who had been a leading figure in the surrender of Singapore to the Japanese in February 1942 and was to become head of the post-war Japanese Ground Self Defence Force. The two men became friends.

Channer subsequently made five visits to Japan. In 1995 he was one of 30 British veterans from the Burma Campaign Fellowship Group who visited Japan. They were welcomed there by their Japanese counterparts, the All Burma Veterans Association of Japan, and paraded jointly at the Commonwealth War Cemetery in Yokohama. He also met with the Japanese Defence Minister.

Channer later commented: “In Yokohama Cemetery there is an inscription from Ecclesiastes, ‘Their glory shall not be blotted out.’ These battles are behind us. Forgiveness with vision is the way for the future and the last battle is to make the enemy into a friend. Japan’s material advance has astonished the world. Now maybe we can unite with Japan to help bring about a world advance in the human spirit. We have gone through suffering and pain together. Now together our nations could be healers.”

Richard de Renzy Channer was born on Christmas Day 1921, in Quetta, Baluchistan, close to the border with Afghanistan.  His father, George, was an instructor at the military staff college there. He would be promoted to major-general as deputy adjutant general of the Indian Army in 1943.

Richard Channer was educated at Wellington College near Sandhurst and joined the Hampshire Regiment in 1940, before transferring to the Royal Artillery six months later. He was sent on officer cadet training to the Army Staff College at Deolali near Bombay and was commissioned as a second lieutenant in the Indian Army in December 1941. It was just three weeks after Japan had entered the war.

In May 1942, he was posted with the 23rd Indian Division to Imphal and Kohima, remaining there for the next two years until being invalided out.

Channer had first encountered the Oxford Group, MRA’s forerunner, before the war. He now joined its international campaigns, which included amateur theatre productions to spread its message, attended by large crowds. One, entitled The Tiger, was written and performed by Japanese students. Channer travelled with them to Brazil in 1960 where 90,000 people saw a performance in Manaus.

He married Christine Nowell, an actress and fellow MRA worker, in Miami in 1952. Their daughter Alison is an executive PA. From 1964, they lived in Southfields in South-West London as guests of a friend. The house was later bequeathed to MRA.

They played the part of husband and wife in an industrial drama, The Forgotten Factor, which toured India in 1978. Among those who saw it in New Delhi was Morarji Desai, the prime minister.

From the early 1990s, Channer made 16 visits to Albania following the death of the communist dictator Enver Hoxha. Channer could trace his maternal ancestry back to the Albanian hero Skanderberg, a nobleman and military commander of the 15th Century.  Channer befriended Imams and university students there, and invited them to the Caux conferences.

In 2013 Channer returned, with his wife, to Nagaland, where they were received by General Manoj Naravane of the Indian army. Channer took the salute at the war cemetery in Kohima and, as a commemoration, made several crosses out of the bamboo that grows wild in the jungle there.

This obituary was first published in The Times, 3 March 2021. 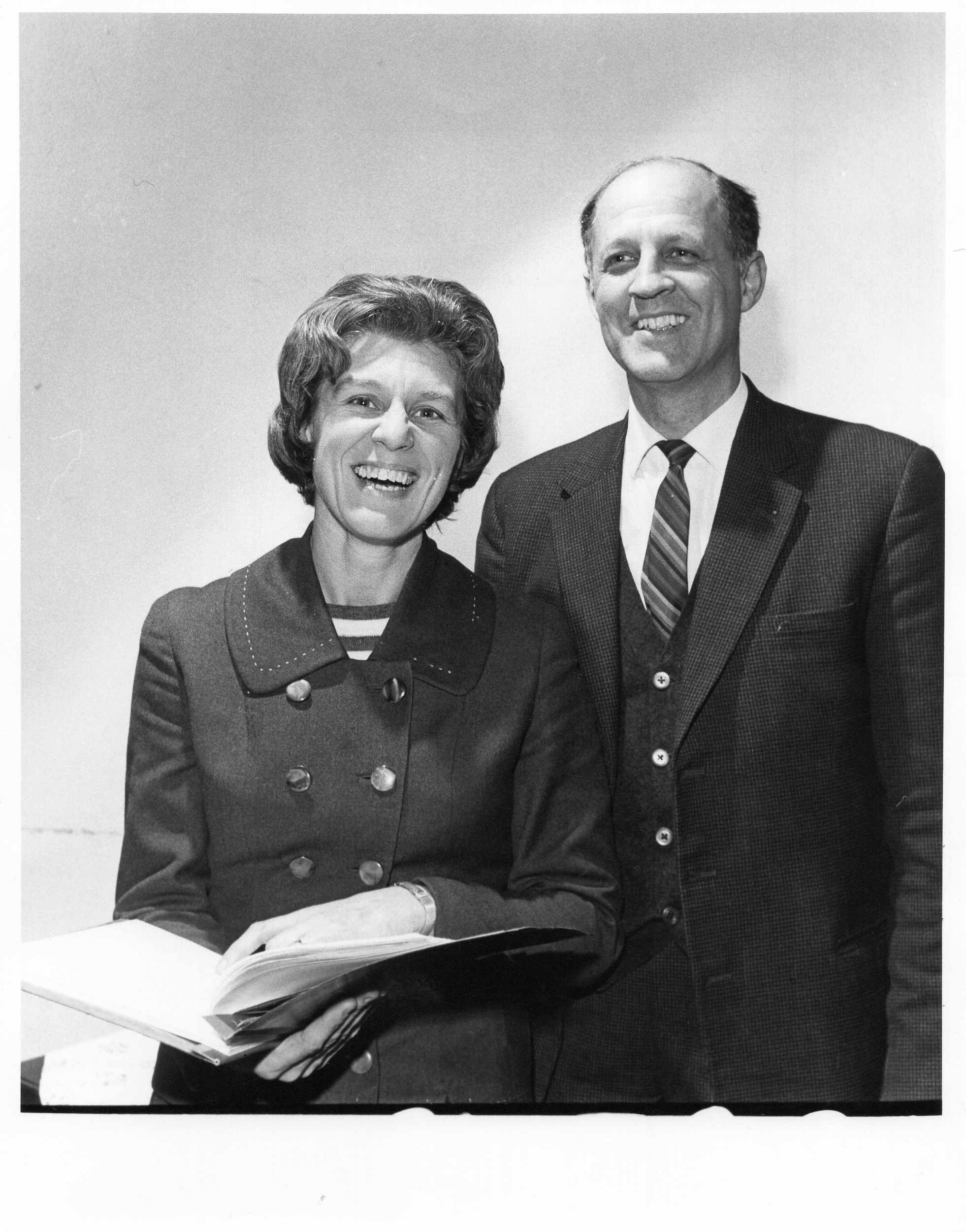 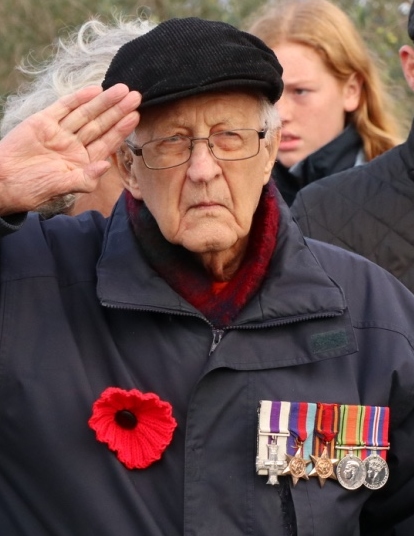