All change for healthy living

The De Rosas’ home is a ‘bus-stop’ where people can make a new start. Aleksandra Shymina reports.

Dominic and Jo De Rosa share a mission to help others to embrace a healthy lifestyle. Jo has struggled with drug addiction and alcoholism: for Dom, who says he was a social user, the issue was food. Their journey towards personal freedom and ‘congruence’ has run parallel with the growth of their wellbeing business, based in a 16th century farmhouse in Suffolk.

When they met, both Dom and Jo had given up drugs, but Jo was still drinking heavily. ‘She was teaching yoga and meditation fulltime, and she knew that doing that with a hangover was not congruent,’ says Dom. Various attempts at sobriety had failed, but when Jo finally told Dom, ‘That’s it, I’ve had enough,’ he knew she meant it. Eight months ago, Dom followed her example.

His passion is ‘clean eating’: meals at their Inner Guidance Retreat Centre are predominantly vegan, and free of wheat, dairy, sugar and preservatives. ‘I lost three and a half stone, not by dieting but by eating differently,’ he says. He writes books on how healthy food can be fun and easy, and they run the centre together, weathering the challenges of being business partners as well as life partners.

The centre offers yoga, retreats and healthy food, and ‘Quantum Sobriety’, a programme developed by Jo to help people struggling with various types of addictions. Born out of her own experience and their Buddhist faith, it combines neuroscience, holistic therapies, nutrition, one-to-one work and ongoing follow-up support.

‘We look on addiction as something in the brain, rather than a disease,’ says Dom. ‘Alcohol, cocaine, abusive relationships are the plaster over what is wrong. You have to remove the plaster and find the root cause. People abuse substances because it is easier to do that than find their truth.’ They do not run medical detoxes, but try to catch people before they are physically dependent or once they have withdrawn and are looking for help in sustaining their sobriety.

Four years ago, just after Jo stopped drinking for good, they moved into Hill Farm in Suffolk, which used to belong to Peter Howard, a key figure in Moral Re-Armament (MRA), the precursor of Initiatives of Change. They were attracted by the hall which Howard had built specifically for MRA gatherings, which Jo now uses as her yoga studio, and by the fact that the house was large enough to accommodate small residential groups. 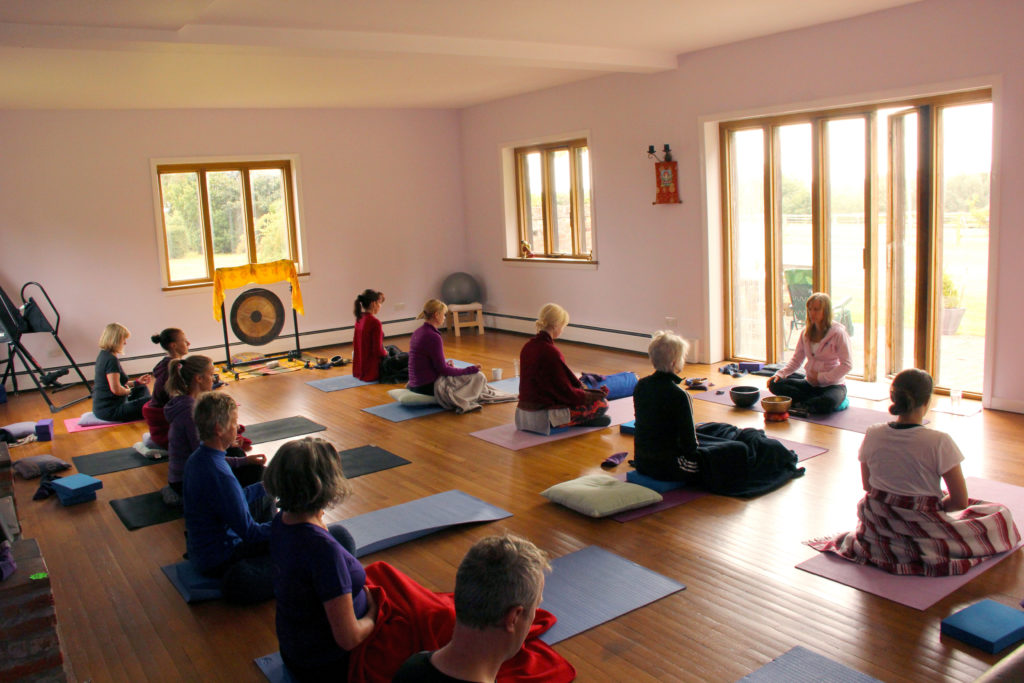 When Dom started to research the history of the house, he was struck by MRA’s emphasis on silent reflection and inner change, and by the fact that the founders of Alcoholics Anonymous were influenced by the ideas of MRA’s founder Dr Frank Buchman. This synchronicity encouraged him to make contact with Initiatives of Change, and the De Rosas recently hosted the ‘descendants of MRA’ at Hill Farm for a reflective meeting.

‘Our aim,’ says Dom, ‘is to give people the opportunity to help themselves.’ They see their centre as a ‘bus stop’: a place where people can come to change the direction they are travelling in. Just as they have done themselves.