Why did Bilal Hassam swap his stethoscope for reality TV? He talks with Yee-Liu Williams and Jonathan Ranger.

Doctor turned community activist, Bilal Hassam, is the embodiment of what it means to be a British Muslim today. He stars in the British Muslim TV (BMTV) reality show Being Bilal, which gives viewers a glimpse of a day in the life of an ordinary Muslim.

Bilal is also Creative Director of BMTV. He describes the channel as a platform to explore what it means to be ‘confidently Muslim and comfortably British’. Its approach is not to discuss Islamophobia, racism or extremism directly – ‘there are enough depressing narratives out there’ – but to subvert those ‘problematising narratives’ by celebrating the diversity and richness of ‘the immeasurable contributions’ that Muslims make to British life. 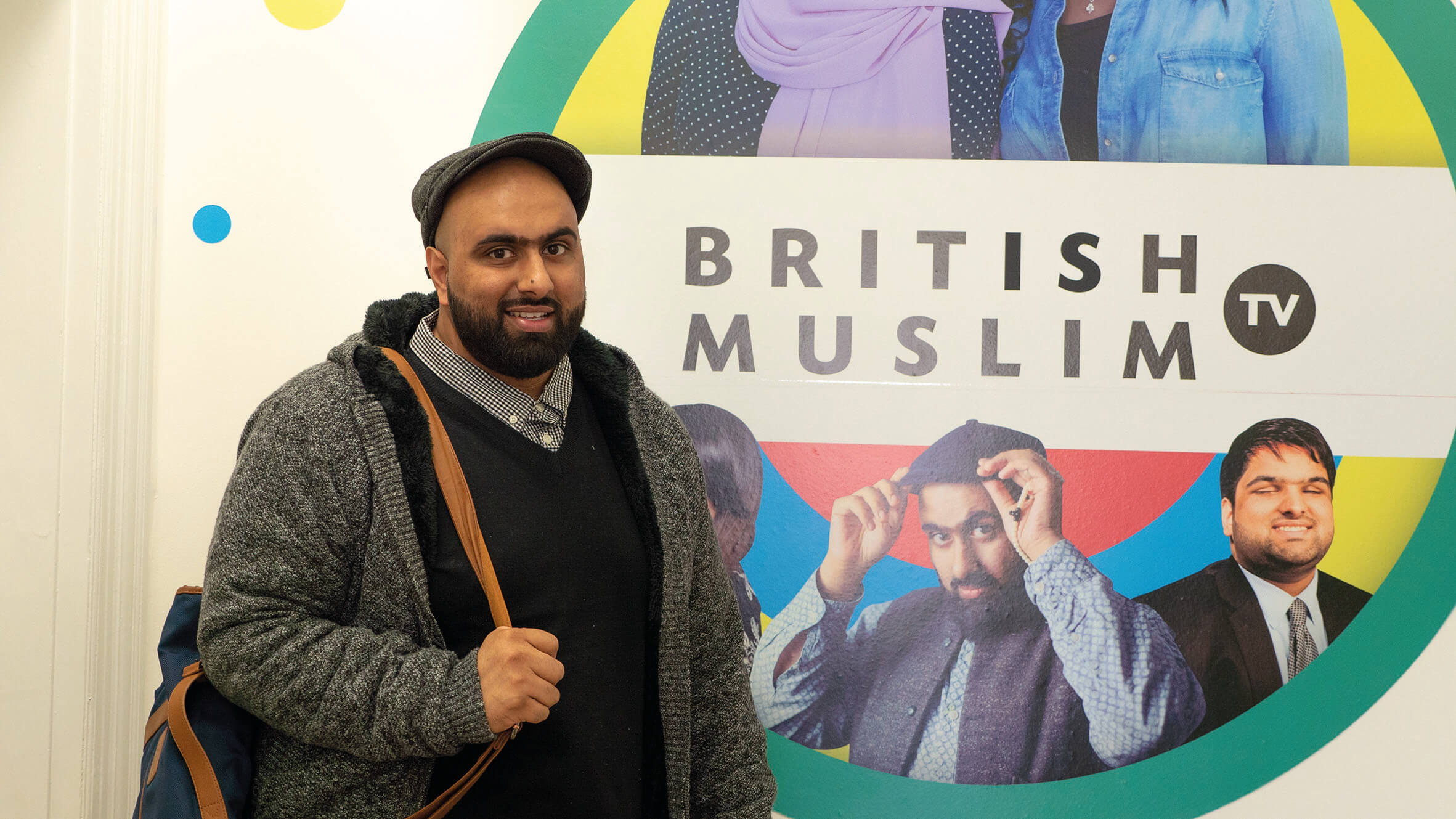 British-born young Muslims often struggle with shifting societal norms and cultural differences, says Bilal. ‘Like many young British Muslims, I have more in common with young Muslims in San Francisco or Sydney than I do with my parent’s generation.’

His father arrived in Britain, aged nine, from Malawi in the 1970s. His grandfather set up the first halal fish and chip shop in Leicester, which soon became a community hub. His father worked for the Royal Mail for over 30 years and ‘hustled’ so that Bilal and his siblings had a chance of a good education. Most British Muslim families have experienced ‘the growing pains of a community trying to reconcile post-colonial madness, socio-economic challenges and the day-today struggle of feeding their family’, he says.

Bilal’s younger brother was born with a heart condition, and had five open-heart operations before he died at the age of 13. Bilal spent most of his teen years going back and forth to hospital. His family’s heartbreak and the expectation that ‘clever kids did medicine’ propelled him into studying medicine.

In his final year as a medic at Nottingham University, Bilal astonished his family by enrolling for a Masters in theology and interreligious relations at De Montfort University, Leicester. ‘They just didn’t get why I was paying to get another degree,’ he says. As much as he enjoyed medicine, he felt he had a ‘calling to do something beyond the medical space’.

Bilal sees his mission as ‘articulating an understanding of Islam true to our time and place’ and has spent the past 10 years managing a frenetic diary, travelling the world, working with grassroots communities and meeting religious and community leaders, while facing the daily highs and lows that form the basis of the unscripted Being Bilal show.

Leicester was the first British city to have a majority ethnic minority population. Although many of the migrants who came in the 60s and 70s experienced racism, the city managed to avoid the racial tensions that led to the riots in some British cities in the 1980s. He attributes this to the religious leadership from all faiths.

Bilal argues that the media narrative on radicalisation has become the lens through which Western society views Muslim populations and ‘lumps them together’. In the aftermath of the 9/11 and 7/7 attacks, clarifying misconceptions has been ‘a driving point’ for him.

On and off screen, being Bilal is about ‘exploring the richness of our faith traditions, enabling collaborations between all faiths and backgrounds’ and ensuring that people are treated the same irrespective of ethnicity or culture.

Bilal is adamant that British Muslims – over five per cent of the population and growing – should not be made to feel like imposters by the mainstream media or by our increasingly polarising politics.

He quotes a Muslim scholar who likens Islam to a crystal-clear river whose water is sweet, pure and life-giving but has no colour of its own. Instead it takes on the colour of the bedrock it flows over. Islam takes on the ‘different cultural manifestations’ of the countries its adherents live in, and so remains relevant to distinct peoples.

He wrestles with such questions as: How do we articulate an understanding of Islam that is relevant to our time? How do we clear misconceptions about the Islamic faith? How do we make God relevant to people in their day-to-day lives? At its core, Islam is ultimately about facilitating a contented heart. The faith and all its rituals, edicts and teachings are about connecting with God. ‘In the remembrance of God, do hearts find tranquillity,’ he quotes from the Qur’an. 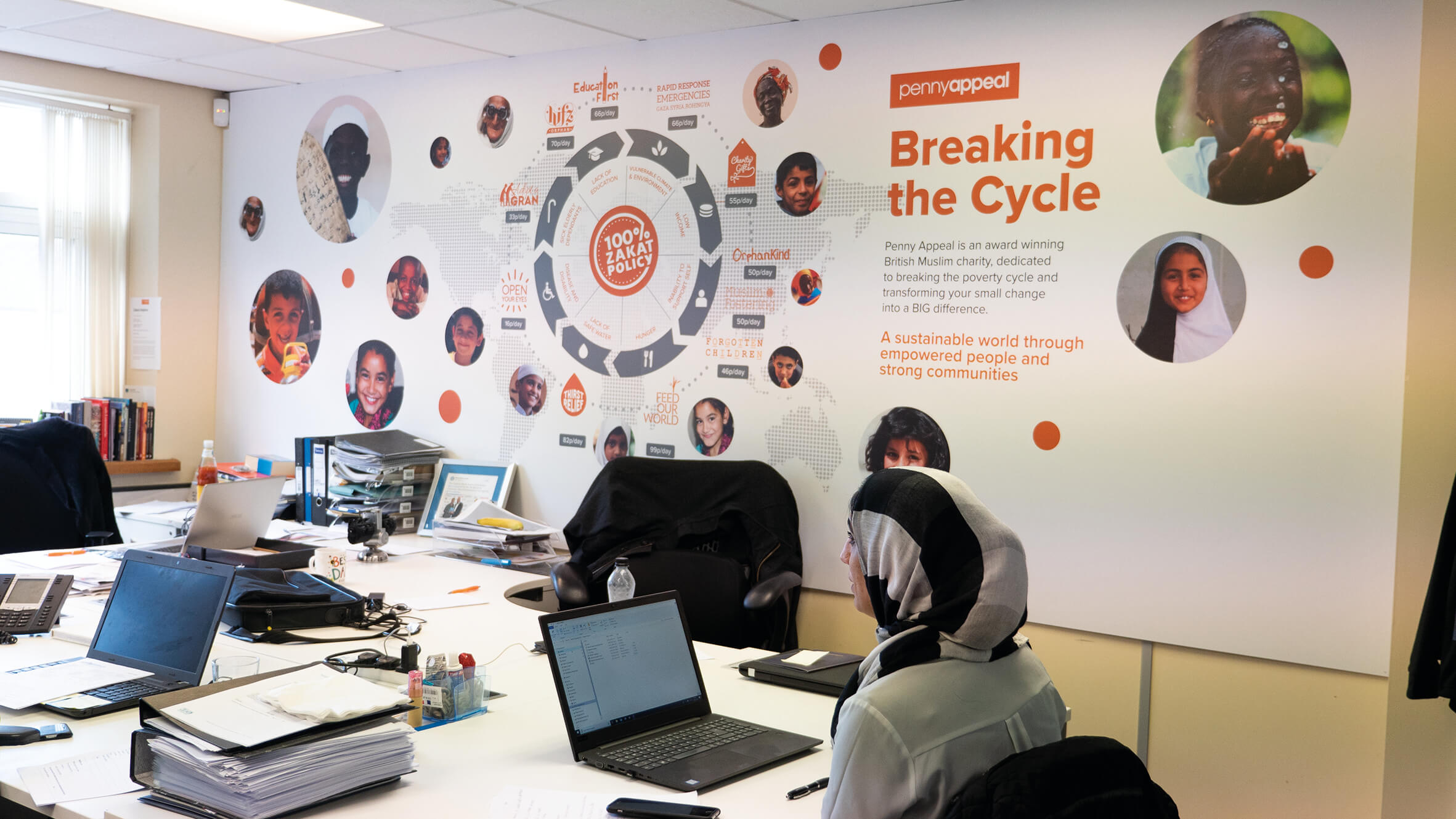 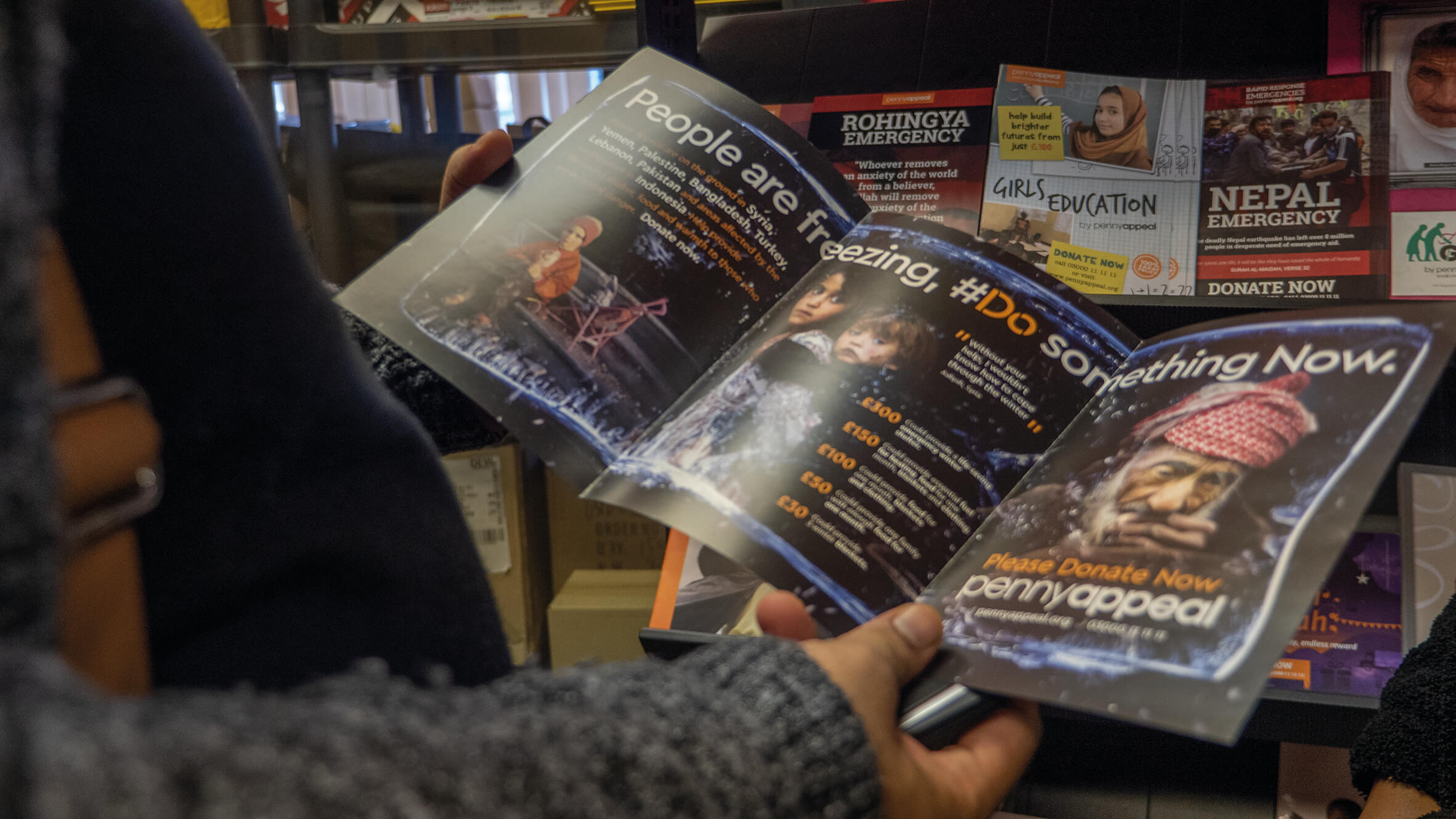 As an example of British Muslims’ contributions to society, Bilal takes us on a tour of Penny Appeal, a Muslim-led humanitarian relief agency based
in Wakefield. Amongst the local projects they fund are feeding-initiatives for the hungry and homeless, support for refugees, domestic violence counselling and a fostering and adoption agency. In 2016, the Charity Commission estimated that British Muslim charities raised over £100 million during the month of Ramadan alone. This year Penny Appeal is close to raising £30 million, with more than 200 staff in the UK and 2,000 working in over 52 other countries.