British-born Jamaican Maxine Cockett describes herself as a foot soldier. She holds a beacon of light for young, ethnic and minority people in Nottingham.

An ebullient Rastafarian, she walks the ‘hood’ (neighbourhood) with confidence and dignity. Her street incantation of ‘brop, brop’ echoes as she waves to each passerby. Everybody – young, old, black, white – seems to know her. She points to the street where she was born. ‘I come from the streets; the streets are my home,’ she says with pride.

Her early life was tough, growing up in a home with no love. She tells me she was a fast runner, spotted to run in the Olympics. She would race home from school on Fridays. That was the day when her father got home early, and she dreaded opening the front door to be greeted with cries from her mother. ‘I knew how to love but didn’t feel love,’ she says. But she believes that her early life has made her the resilient woman she is today.

She was 17 when her stepfather threw her out, and she found herself homeless and living on the streets. She endured the humiliation of having to live in a public toilet and on park benches for over three months. Trying to find a safe place was traumatic. Sex was a possible currency, accepted by some landlords in lieu of rent. But, she says, she put her ‘trust in God’ and believed that she would be all right if she did the right thing.

She observes that there are so many young people with such ‘dark cold lives’. Because of what happened to her, she wants to be a beacon to make young people see that all things are possible. This discovery doesn’t have to come from believing in God, although she says it helps, but from ‘believing in yourself and knowing you’ve got life’.

She set up her charity, Breaking Barriers Building Bridges (4Bs), with her long-term friend and business partner, Adhi Scott. It seeks to find and create safe places for young people so they can develop skills, share experiences, discover new opportunities and make right life choices. ‘We are still judged by the colour of our skin, not by the good deeds that are done in our communities,’ she says. Much can be achieved with proper funding for community youth development, education and outreach work, she believes. 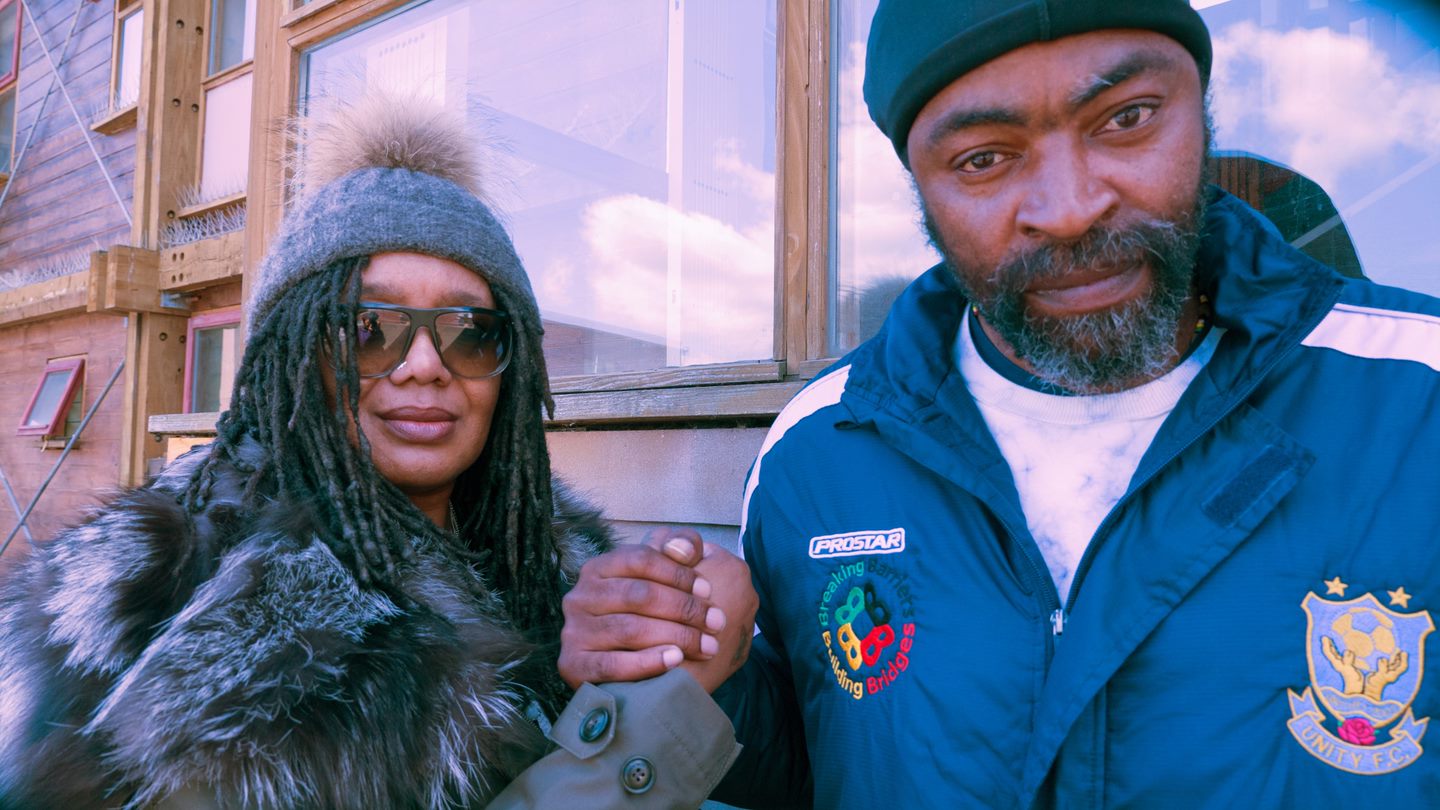 Maxine with her long-term friend and business partner, Adhi Scott

As we walk the hood, she comments that behind the façade of new build houses there is serious deprivation. Deprivation, for her, is not just about poverty but also lack of opportunity. She sees it as a postcode lottery. ‘If you happen to come from a place where people don’t believe in you, and you also don’t believe in yourself, anything can happen to you,’ she says. Her part of Nottingham, St Ann’s, has been branded as a place for young ‘no hopers’. Maxine doesn’t accept that term: ‘I believe if you have life you have hope.’

Over the years, St Ann’s has seen high levels of antisocial behaviour, knife crime and drugs. The Robin Hood Chase area was once a bustling hive for educational youth activities. Today, the youth outreach work has stopped and it is a potential battleground for gangs.

It is close to the place where 14-year-old Danielle Beccan was murdered in 2004, on her way home from the local fair. She was the innocent victim of a senseless gang feud, killed by a single bullet fired from a car. Beneath a spreading oak, the annual place of remembrance, Maxine reflects: ‘People have to carry on because if you don’t, the violence wins. But we do need to motivate and educate our youth to stop this vicious cycle.’

It was from such tragedies that a new community spirit of resilience was born. At a community dialogue organised by Initiatives of Change, Maxine had the idea, which she believes came from God, to bring people together to ‘hold hands around St Ann’s’. This annual event, which began in 2005, celebrates all that is good in St Ann’s.

Maxine’s warmth and good humour masks the pain of her childhood. But she knows that cycles can be broken. When she found out she was pregnant, the consultant advised her to have a termination, because it was almost certain that her daughter would be ‘born a cabbage’.

Going against the doctor’s advice, Maxine went ahead with the pregnancy, trusting God that everything would be all right. ‘I loved her as soon as she was born,’ she says, remembering holding her ‘perfect’ daughter for the first time, all those years ago.

From that moment, breaking the chain of her own strained relationship with her mother, she came to realise what love was about.