By wooden bike to Mecca

Irene de Pous hears about a pilgrimage with a difference.

It took Rudy van der Aar (26) and Mohammed Kechouh (27) eight weeks to cycle from the Netherlands to Mecca, to raise awareness within Islam about sustainability.

Thousands of people followed their journey on Facebook. Both Al Jazeera and Egyptian TV broadcast items about ‘two Dutch guys cycling to Mecca for sustainability’ and, on their return home, they spoke in mosques and other gatherings and were featured in the national media.

‘People talk about Islam and sustainability, as if they were two things,’ says Mohammed. ‘But they are the same. Living according to Islam means being conscious of your environment.’

Rudy and Mohammed met in 2011, at a conference at the Initiatives of Change centre in Caux, Switzerland, which focused on peacebuilding and dialogue from an Islamic perspective. They soon discovered that they shared an ambition to cycle to Mecca. ‘I once flew to Mecca for the little pilgrimage, but I missed the physical and mental effort that should go with a pilgrimage,’ says Rudy. ‘I wished that I could return there in an environmentally friendly way.’ Mohammed discovered that biking helped him to reflect: ‘Thus the idea grew to cycle to Mecca.’

Impressed by their plan, the Cocomat company offered them two wooden bikes. Minor disadvantage: the bikes only had two gears. ‘But they matched our message of sustainability so well that we decided to use them anyway.’ 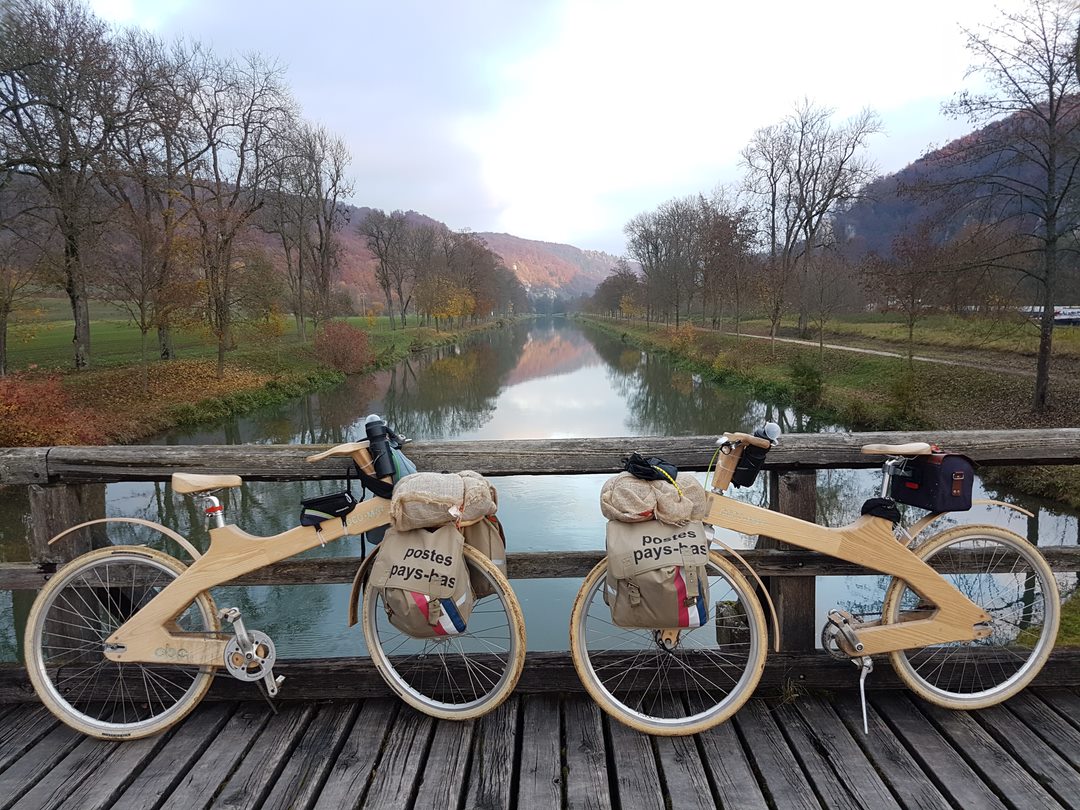 They left in the middle of winter, travelling through snow and rain via Germany, Eastern Europe, the Balkans, Greece and Egypt. Twice, in the section between Greece and Jeddah, they had to take a plane.

They were back on their bikes for the last part of the journey, from Jeddah to Mecca, despite the strong warnings they got from Egyptians not to bike in Saudi Arabia. ‘When we were stopped by the police I thought they were going to arrest us,’ says Rudy. ‘But they just wanted to warn us to be very careful. When we arrived at the mosque the guards came to us. But they just wanted to take selfies with our bikes!’ This was one of his lessons from the trip: never let your prejudice guide you. ‘We met so many nice people and found help so often.’

Mohammed and Rudy are convinced that Islam can help us understand our responsibility for the earth. Both the Prophet’s life and his teachings give clues about how to treat nature and the environment. Rudy points out that the Prophet only ate meat twice a month: ‘He warned that eating too much meat is addictive and bad for nature and people.’ Mohammed quotes verses from the Qur’an about avoiding waste. ‘About the ritual of washing it is written: don’t waste water, even if by a river. Another verse says: eat and drink, but don’t waste anything, because God doesn’t like wasters.’

During their trip they put their convictions into practice. In Greece they raised money to bring food to refugees. In Macedonia they gave dog biscuits to the famished dogs on the roadside. On Egyptian television they explained that they boiled their water and carried it in a thermos, so that they didn’t have to buy plastic bottles. When they cut their hair in Mecca – an obligatory part of the pilgrimage – they sent it to a foundation that makes wigs. 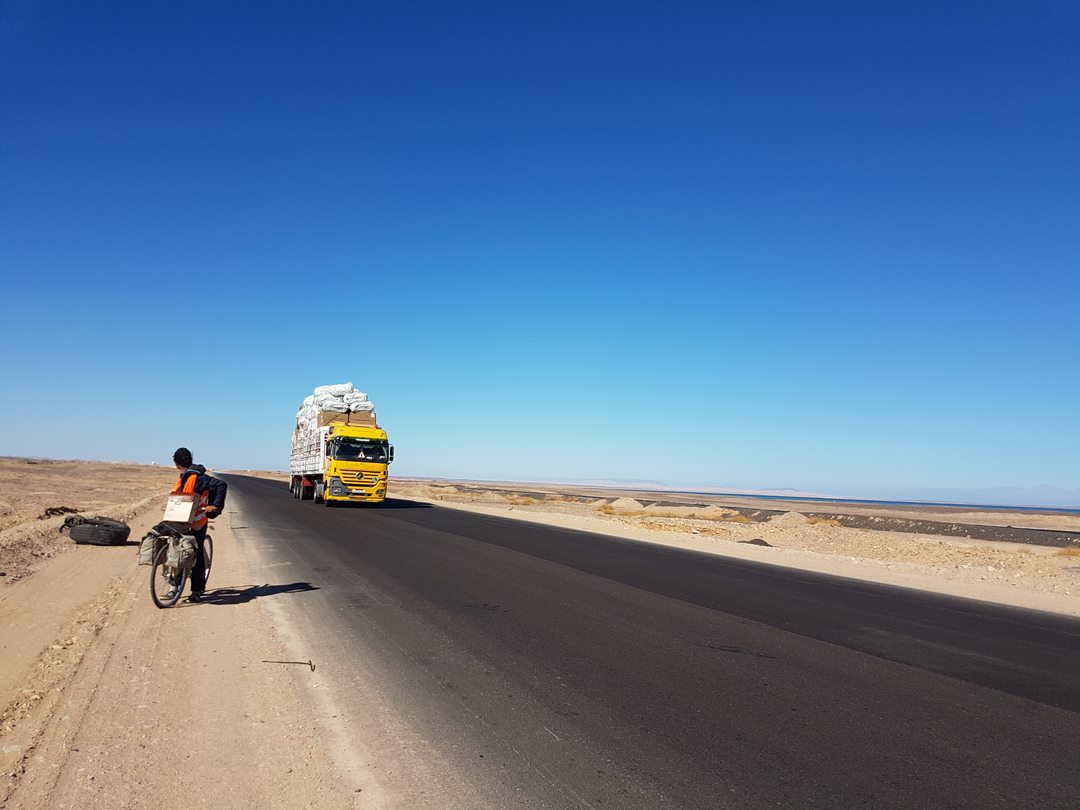 They found the holy mountain Jabal Al Nour in Mecca covered with litter. ‘Many people feel powerless in the face of so much waste,’ says Mohammed. They put their bicycles, with signs about purity in Islam, at the foot of the mountain and started to put the rubbish in bags. In the days that followed people joined them. Local shop owners and taxi drivers displayed posters in different languages about their initiative.

Although their action got positive reactions, it was clear that the problem would not be solved overnight. ‘Some people threw their garbage right in front of me,’ says Mohammed. But with Muslims from different cultures and from all over the world visiting the mountain, it seemed a good place to raise awareness.

‘Just by standing there with our bikes in Mecca and at the foot of the mountain, we drew a lot of attention,’ says Rudy. ‘If you really want to make a difference, you should probably come back more often. But maybe we’ve at least planted some seeds.’