Pamela Jenner tells the story of a theatre which reached out to the factories and mines of post-war Britain. 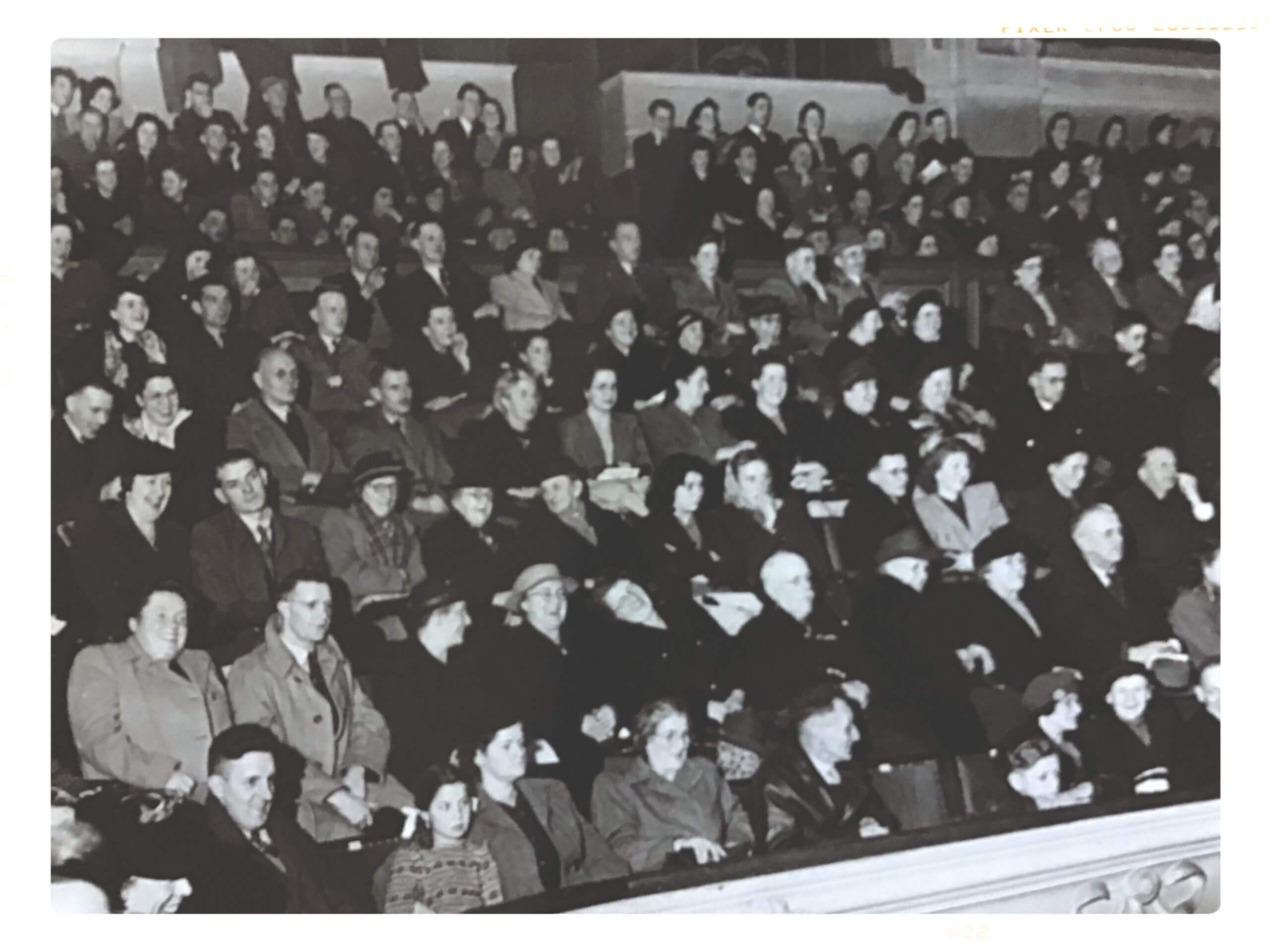 Audience at the Westminster Theatre

More than 70 years ago Moral Re-Armament (MRA), now known as Initiatives of Change, staged a play at the Westminster Theatre, London, which was to impact the British working class on a scale that had never been achieved before.

Playwrights throughout the ages, from Shakespeare to Brecht and from Shaw to Caryl Churchill, have sought to influence their audiences. The founder of MRA, American Lutheran pastor Frank Buchman, knew only too well the force for change that theatre could create.

In 1946 MRA purchased the Westminster Theatre in London in order to present plays that would, according to the fund-raising team, dramatise ‘the spirit that can meet the tasks of peace… which alone can secure freedom in Britain and brotherhood between nations’.

The theatre’s first major production was The Forgotten Factor by Alan
Thornhill, an MRA worker. The play emphasised the need for managements and unions to work together, on the basis of ‘not who is right but what is right’, in order for both to survive. It proved a huge success, attracting the working class on a scale that left-wing practitioners such as Joan Littlewood and the Royal Court Theatre never quite achieved. 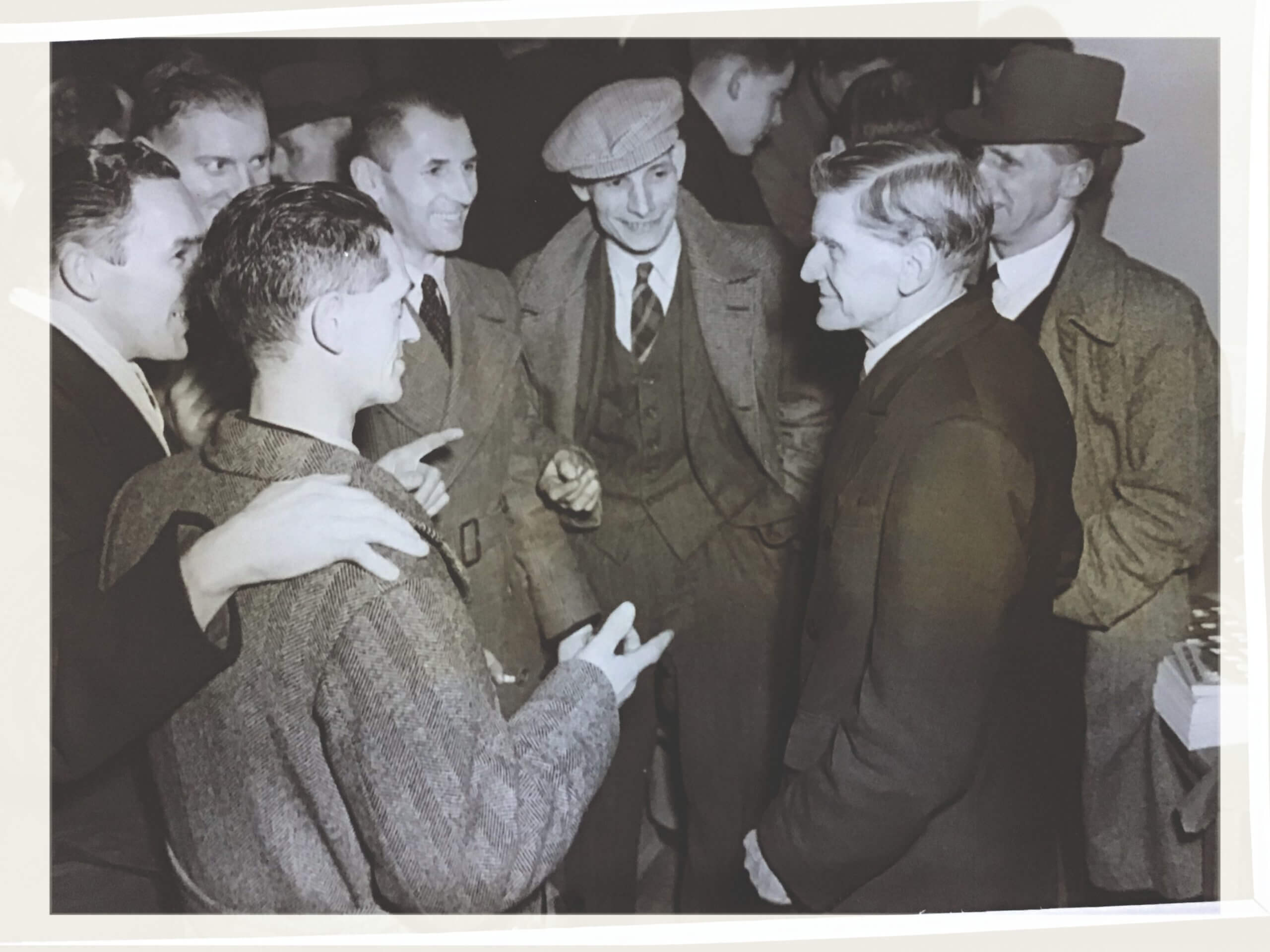 Men talking about The Forgotten Factor

A report by Blyth Ramsay, a shipyard worker from the Clyde, stated that in 1946 and 1947, during one of the harshest winters in living memory, 16,000 trade union officials and shop stewards, 400 representative delegates from the London Trade Councils, labour parties and national trade unions, and 500 miners from 11 coalfields had been to see the play.

They were transported to London by the busload from the coalfields, docks and the factories of Britain. Ramsay reported, ‘Sometimes you see four buses at a time arrive outside the theatre. Out come the miners, pouring into the theatre, and they pay their own expenses.’

The effect of the play on its audience proved, at times, to be as dramatic as the performance itself. ‘I would have walked to London to see the play,’ wrote Thomas Gunn of the Prestongrange Miners, in The Weekly Scotsman in 1946. ‘It is what I have dreamed of all my life.’ A review in the Motor Trader of November 1947 claimed that it ‘points the only practical way to the solution of many of the world’s problems’.

Company directors such as Farrar Vickers, of Vickers of Leeds, and John Nowell, manager of Camden Tannery Company, Runcorn, reported a new spirit of cooperation between management and workers. Duncan Davidson, from the Associated Pattern Makers Union at Ford Motor Company, reported in 1947 that 3,000 workers from Ford had already seen the play, along with top management and shop stewards, adding that it had resulted in positive and practical improvements.

In a ground-breaking move for British theatre at the time, Thornhill’s play was performed not only in London, but toured the industrial heartlands of Britain. All the actors were untrained, unpaid MRA supporters but Thornhill said: ‘There was no need to act. We only had to be real.’ He added that the actors were ‘living on stage what they know in real life’.

During the initial Westminster performances Buchman would sit in the auditorium, watching the audience as much as those on stage. When the curtain came down, the actors would discuss their parts with the union officials, workers and management that they were portraying, in an example of art mirroring life. This was unlikely to have occurred at any other theatre in that post-war period. 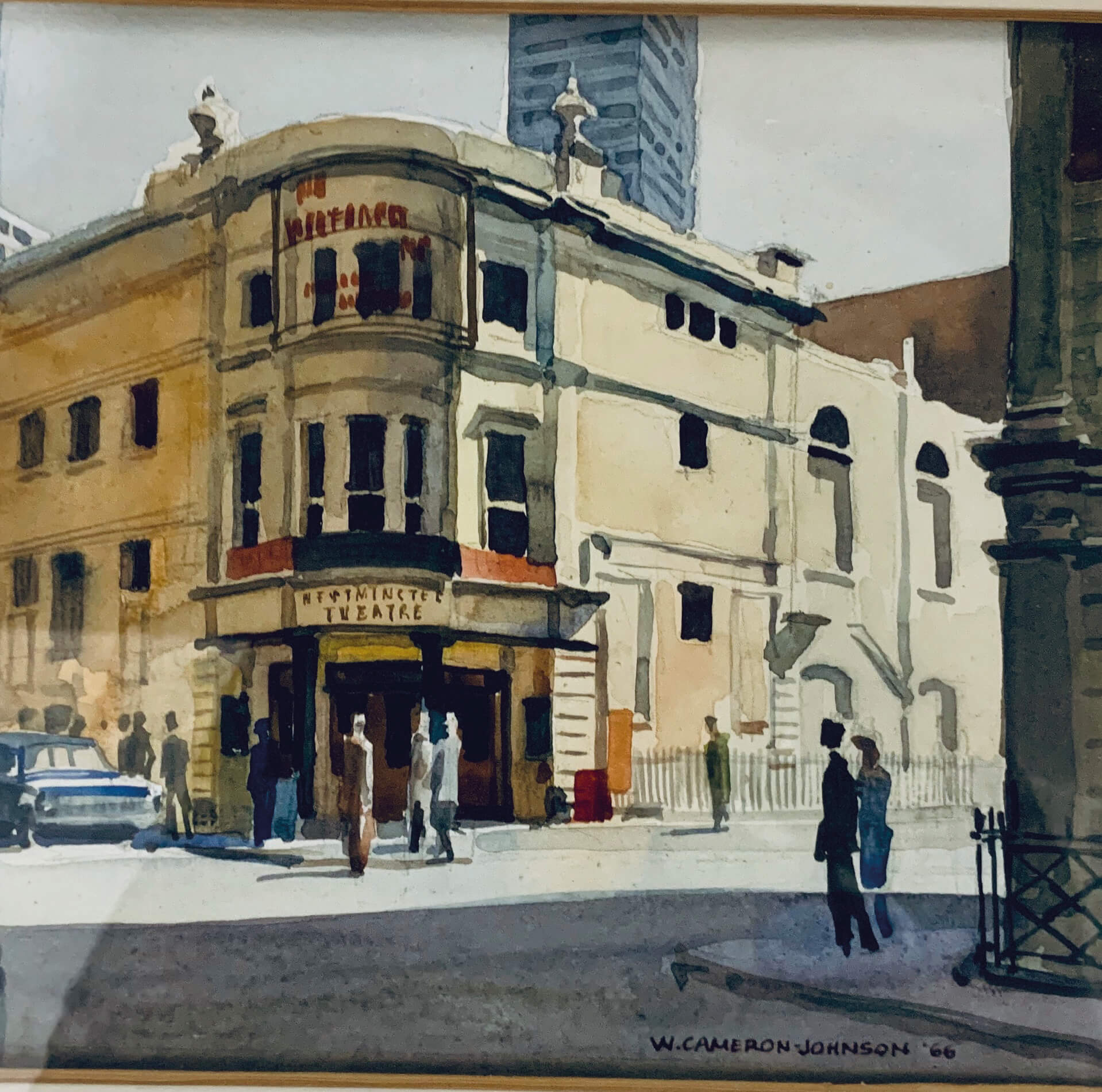 A picture of the Westminster Theatre by Bill Cameron-Johnson

MRA continued presenting plays at the Westminster for the next 50 years. The Forgotten Factor was just one of many examples of theatre pushing boundaries and bringing about change. Former Daily Express journalist and Buchman’s successor, Peter Howard, transformed the Westminster into a professional venue which launched the careers of many well-known figures, including Elaine Paige and the impresario Bill Kenwright. It was supported by such leading performers as Sybil Thorndike and Cliff Richard.

Howard was a prolific playwright and his pantomime Give a Dog a Bone was performed annually from 1964 until 1975. It was seen by thousands of children and led to the development of MRA’s most innovative programme, The Day of London Theatre. Launched in 1967, it was one of the most extensive and long running independently operated theatre programmes for schools in the country. It finally came to an end in 1989.

Just as one project was ending, the Westminster was embarking on another successful programme, First Floor Theatre. This aimed to stage new plays in a more intimate setting above the main theatre, tackling such topical and
controversial issues as the Northern Ireland conflict and child abuse

The Westminster Theatre was sold in 1998; MRA moved to its present premises in Greencoat Place a couple of years later; and in 2001 the movement changed its name to Initiatives of Change.

During its 50-year reign at the Westminster, MRA’s achievements were huge and at times groundbreaking. The movement brought theatre to the working classes; its plays and musicals were performed throughout the world; and it proved beyond doubt that the arts can indeed be a huge force for good.