Jo Berry’s father was killed by a bomb planted by Patrick Magee. They talk to Yee-Liu Williams about their unusual friendship.

They sit side by side over dinner at the conference on Addressing Europe’s Unfinished Business, during the Caux Forum, where they have shared a platform this morning. Jo picks some of Pat’s leftovers from his plate. ‘Pat has helped me move on from enemy to friend,’ she says. She acknowledges that their friendship makes little sense to most people.

Jo’s father, Sir Anthony Berry MP, was one of five people killed when Patrick Magee planted a bomb in the Grand Hotel, Brighton, which was hosting the 1984 Conservative Party conference. At the time, Jo was 27. Her peace-loving life, with time spent in an ashram in the Himalayas, was shattered in an instant: ‘I lost the me that was a free spirit and became part of the war.’

Jo met Pat 16 years later. He did not conform to her  idea of what a ‘terrorist should look like’. She had been told on several occasions he did not want to meet her and admits they broke all the rules of restorative justice. ‘I knew he wasn’t going to kill me.’ Her hope was to ‘look into his eyes and put a face to him’.

‘If I had lived Pat’s life, I might have had to make the same choices,’ says Jo. ‘I am always going to be against any violence, but if I understand why he, and others, chose to use violence then that can help me to look at how we can make the world a place where people are less likely to use violence.’

I ask what it is that connects them. Is it forgiveness? Jo finds the word misleading, as it suggests an absence of anger. ‘For me it is more about empathy and understanding.’ She sees humanity as a golden globe made up ‘bonds of human connection’ and absolute love. Their friendship is a healing element in the broken globe.

‘At the point I killed Jo’s dad, I severed the “globe of human connection”,’ says Pat. When they met for the first time, he expected to see ‘hurt, pain and anger’. Instead, there was ‘no animosity but just a calmness’. He was totally disarmed.

‘It defies all logic that we can sit down and have a meaningful conversation,’ says Pat. They both expected the meeting would be a one-off. ‘If there was anger I doubt there would have been a follow-up. We came mutually to know that the conversation had to go on. More needed to be said. We just couldn’t leave it there.’

For Pat, it was the experience of being listened to that was life-changing. ‘To listen is to recognise the imbalance and talk away part of your power,’ he comments. As a former IRA member, he carries the burden for the loss of innocent lives in the armed  struggle of ‘political obligation’. The judge at his trial branded him ‘a man of exceptional cruelty and inhumanity’ and gave him eight life sentences. He was freed in 1999 under the Good Friday Agreement.

In prison, Pat wrote about ‘the Troubles’ and completed two university degrees. He states his actions were ‘symptomatic’ of the time: ‘I had to do what people around me were doing otherwise I couldn’t live with myself. I would not wish that for anybody. But that’s what happened and I have to deal with it. I wish I hadn’t been that person. I wish I hadn’t lived that night.’

From a single encounter their relationship has developed into an extraordinary friendship based on honesty. ‘Jo can read me very well and never takes advantage. That redefines friendship. But it goes way beyond that, because it involves total honesty.’

And what about forgiveness? Pat sees a distinction between ‘seeking forgiveness and seeking understanding’. It is not an issue that has ‘plagued’ him. ‘Someday I may be able to forgive myself. I wouldn’t ask for it and I don’t believe I deserve it. All I’m trying to achieve is some level of understanding. It may be that forgiveness can follow but it is not essential to what we do.’

Pat and Jo have now met over 100 times. Together they speak at conferences, universities and outreach programmes all over the world and have collaborated on documentaries. They work together through the charity Jo set up in 2009, Building Bridges for Peace, which seeks to help divided communities ‘to explore and better understand the roots of war, terrorism and violence’. Jo admits the journey has been long and often difficult. But today the narrative has changed: ‘Pat is not just the person who killed my father; he has become somebody I care for, who travels and works with me and is my friend.’ 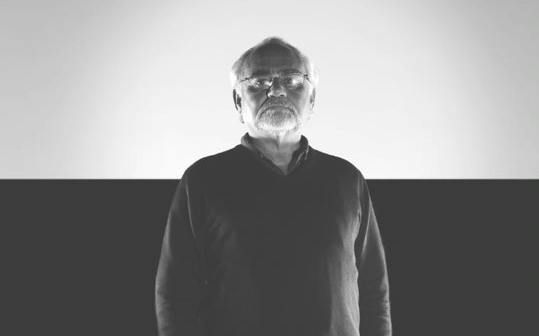