When Pravin Nikam met Roshni in Shuklai, Assam, in 2011, she was sitting in front of a wooden machine weaving a silk sari. When he asked why she wasn’t at school, she replied, ‘I am punished by God so I don’t go to school’. Later her father explained that she was menstruating, and that when girls had their periods they were kept at home ‘because they are punished by God’.
This encounter spurred 22-year-old Pravin to drop out of engineering and study social science. He set up an NGO, named after Roshni, to educate children and improve women’s health. The name means ‘ray of light’.

His work has led to him becoming the youngest recipient of India’s National Youth Award; a Global Youth Ambassador for A World at School, launched by the United Nations Secretary-General Ban Ki-moon and Gordon Brown; and being named a Global Shaper by a World Economic Forum initiative. He is also the Asian representative on the Commonwealth Youth Council.

I caught up with him in London where he was taking part in Commonwealth Youth Leadership training. Earlier that week he had met the Queen, and talked to her for 15 minutes about periods. He was told it was ‘surprising’ for the Queen to spend that much time talking to someone – especially on that subject.

He told the Queen that menstrual health was a cause the Commonwealth, with its many Asian and African members, needed to take up. ‘In Nepal they have this custom called chhaupadi, where a woman has to live in a cowshed while she menstruates. Twenty-three per cent of girls in India drop out of school when they are aged 14 or 15 because of periods.’ Since that meeting Pravin has been working on a draft policy document and toolkit on the issue for Commonwealth countries.

Before setting up Roshni, Pravin took time out of his degree to visit slums and find out what it means to have periods. He trained in menstrual hygiene and started conducting activity-based workshops using theatre and science to help young people revalue menstruation as a clean and natural biological process.

His aim is to remove the stigma attached to periods. In 2012, Roshni started a unit in a slum where women manufacture sanitary pads and receive the profits. ‘Even today,’ he says, ‘women believe that the gods will get angry if they use sanitary protection.’ He has helped thousands of teenagers to break this taboo and become empowered young women.

The next challenge was to reach the mothers of these teenagers. He came up with the idea of setting up a unit to manufacture paper bags. ‘Meeting Roshni gave me a different perspective on the gender roles that are preconditioned in Indian society,’ he says. ‘Traditionally women are seen as the homemaker and the men being the provider. A woman, who used to sit at home in a slum cleaning utensils, can easily make 20 paper bags a day. One paper bag can be sold for three rupees. We initially trained 50 women and after six months we had achieved a monthly turnover of 30,000 rupees.’ Pravin has given the ownership of the paper bag unit to the community leaders who train other women to work there. 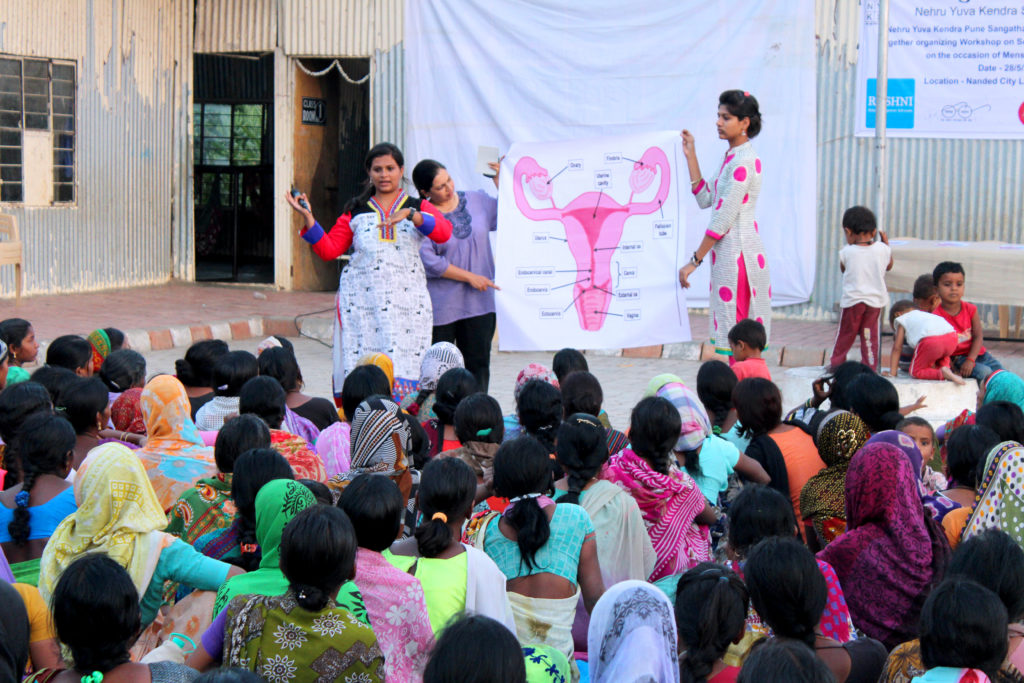 Pravin has mobilised hundreds of young volunteers in projects to strengthen and improve living conditions. His Right to Pee campaign in 2011 fought for public toilets for women and fairer gender budgeting and gathered young people to clean up existing toilet blocks. More than 60 organisations across India are now engaged in Right to Pee.

Pravin’s NGO has changed tens of thousands of lives, including training 50,000 women. He has been back to Shuklai to find the girl who triggered it all, but without success. In 2011, some 500 villages in Assam were destroyed in rioting, and 400,000 people displaced. ‘I was told that Roshni’s family had migrated, but I am not sure if they are alive,’ says Pravin. Roshni may never know the impact she had on Pravin, but through the NGO that carries her name, she is helping change society for the better.