Law student Hanine Al-Nassar doesn’t care who you vote for, as long as you vote. Irene de Pous finds out more.

Hanine Al-Nassar was a participant on the Young Ambassadors Programme at Caux Forum.
For more information on the programme please visit: https://www.iofc.ch/experience-caux-forum.

It was no small issue that Dutch law student Hanine Al-Nassar brooded upon in 2017. Why did only 18 per cent of young Dutch vote in the last European elections? How could this be changed? Or rather: ‘What can I do to change this?’ She had just participated in a training programme at the Caux Forum, organised by Initiatives of Change Switzerland, where she had also attended a conference on Europe. ‘Immediately afterwards I started talking with everybody about my questions.’

Eighteen months later, Hanine (22) and her foundation, Voortegen (ForAgainst), were in the frontline of the struggle to convince young people to vote in May’s European elections. The foundation organises debates between youth organisations across the whole political spectrum. In collaboration with ProDemos, the Dutch national institute for political education and information, they have developed a digital tool to test young people’s political preferences. ‘I don’t care how young people vote, as long as they vote and know why they voted for that party,’ says Hanine. 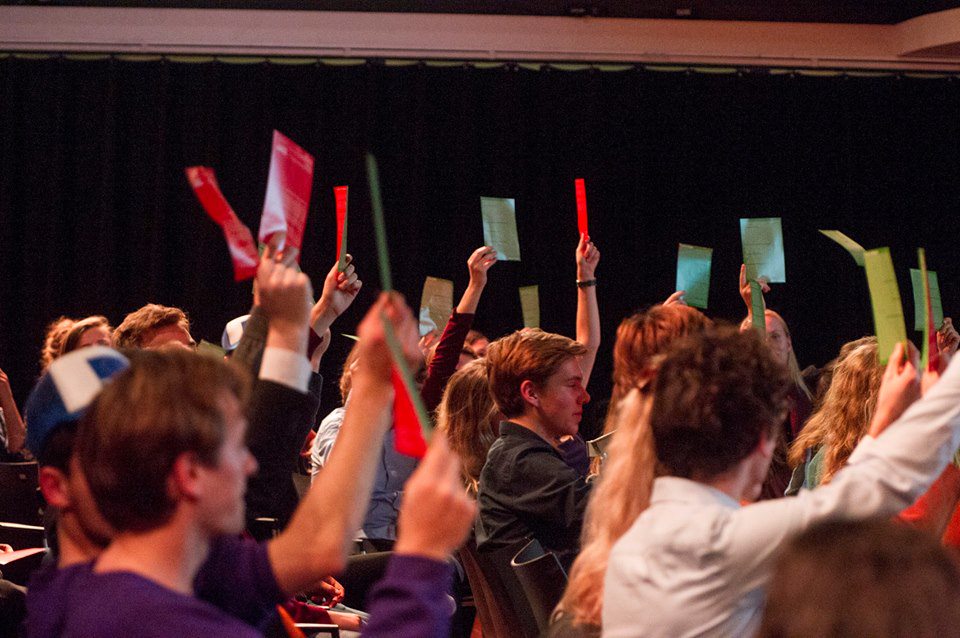 ProDemos’s research discovered that lack of knowledge is one reason for low turnout. ‘If you ask people why they do not go to the polls, it is often because they do not know what the differences between the parties are,’ says Eddy Habben Jansen, director of ProDemos, in the Dutch newspaper Metro. And the European Parliament feels ‘far away’ to many people.

Hanine has had a concern for the world since she was young. At secondary school she volunteered for Greenpeace and was a youth ambassador for the One Foundation, which combats world poverty. ‘I am an active person,’ she says. ‘I always want to get something done as quickly as possible.’ She applied for the Young Ambassadors Programme at Caux because she wanted to find out what young people from other countries thought about Europe. 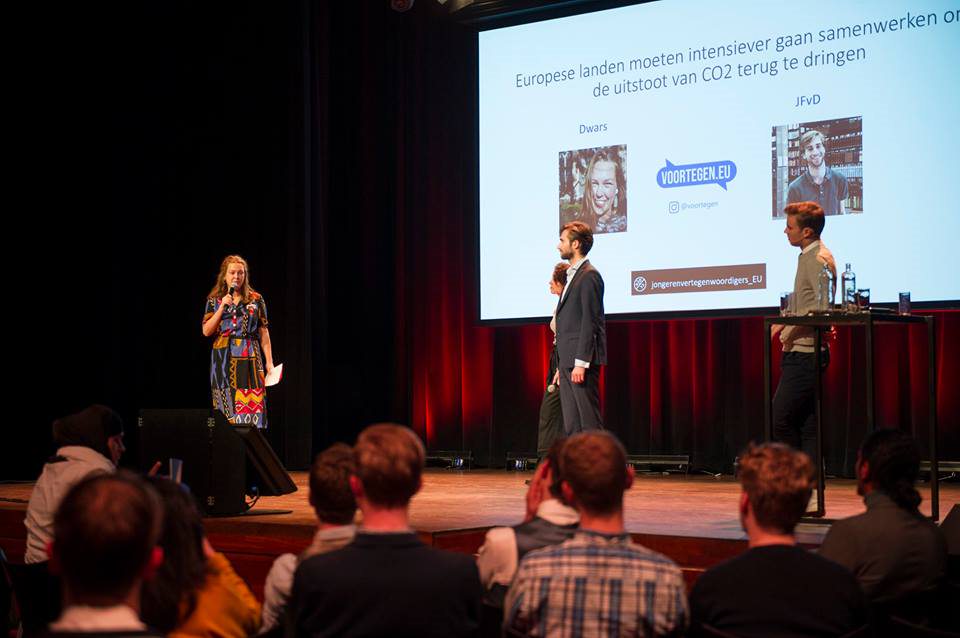 When she got to Switzerland, the training programme turned out to be different from what she had expected. Yes, she got to exchange experiences with other young people. But space for reflection also formed part of the programme, and she found these daily times of silence difficult. ‘I wondered what we were doing. I am not used to standing still and had to shift down from third to first gear.’

At the end of her stay she talked about this with an older woman. ‘She said something like: life goes very fast, but sometimes you have to stand still, in order to be able to move forward again. I thought it was a paradox, but it began to make sense to me.’ 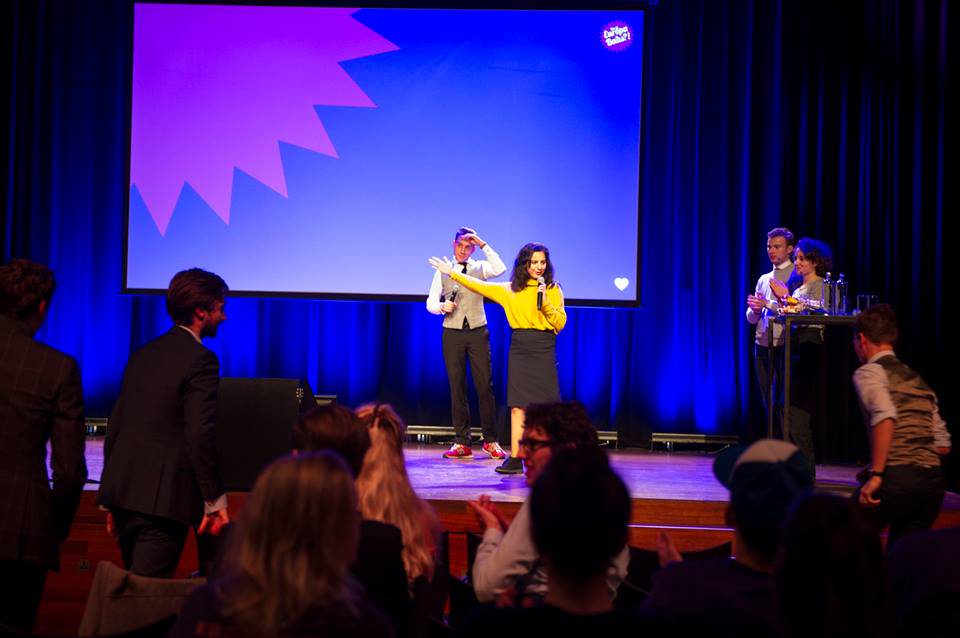 She took this to heart when she got home, taking time to think about which issue, of all the ones she thought important, she wanted to dedicate herself to. ‘In conversations with a fellow student the idea arose to do something for the European elections.’

Her fellow student suggested working with groups that already existed, so they involved all the different political youth organisations. ‘This linked to the ideas from the Caux training programme about building bridges and connecting people,’ says Hanine. ‘Usually platforms are either pro or against Europe and other voices are not tolerated. We want people to step out of their information bubbles.’

When all voices are heard during a debate, she sometimes sees people changing their opinion. ‘It motivates me to see people base their choice on information instead of prejudice.’

Hanine has found the work personally enriching. ‘I talk to people of all political colours and this has made me open to the different views in society.’ Every new step increases her self-confidence. ‘Each time I think: if I did this, then I might also be able to perform the next step. When I approached ProDemos with our idea about a voting tool for young people, we were nothing yet, just some young people with an idea. I would never have expected that we would come this far.’

Does she have any tips for other young people who want to contribute to positive change? ‘It’s a cliché, but follow your dreams. If you really want something, you have to talk about it with everyone and ask for help. Don’t compare yourself too much with others. This is a disease of our social media generation. Focus on your own actions and keep going. You have the strength.’ Later on she adds: ‘And be patient, that is very important as well.’