Marie Chaftari and Lina Hamade see difference as a spur to reach out across their country’s deep divides. Mary Lean went to meet them.

On a visit to Lebanon 30 years ago, the last place you’d have expected to meet a Muslim would be in Marie Chaftari’s home. From 1975 to 1985, she was a communications officer for the Christian forces in her country’s civil war: her husband, Assaad, was one of their leaders. ‘In those days “the other” for me was the Muslim,’ she says.

Yet here I am, on the verandah of her flat in Beirut, meeting her Muslim friend Lina Hamade over a huge Lebanese breakfast. We are joined by members of the women’s organisation they co-founded, Linaltaki (‘let’s meet’). They run summer camps for children from Lebanon’s different communities, and Creators of Peace Circles where Muslim and Christian women explore what they can do to build peace.

The turning point for Marie came in 1988. Three years earlier, a split in the Christian militia had forced her to flee Beirut with Assaad and their baby son. ‘Over night we went from being called heroes to being called traitors,’ she said. They lost their home and found themselves living among strangers, in constant fear of assassination. Even now, she cannot bring herself to read Assaad’s book, which tells the story of those days.

Marie’s uncle introduced her to a priest who was visiting the town where they had resettled. He asked her when she had last been to confession. ‘What have I got to confess?’ she replied, ‘I’m the victim.’ She told him how much she had sacrificed for the cause of Lebanon’s Christians. ‘He said, “What about love? The only cause is love.” Something turned in me, and I began to cry.’

Later that year, she visited Caux-Initiatives of Change Foundation conference centre in Caux, Switzerland. ‘I came back to myself there,’ she says. ‘I asked myself, how can I be a Christian and hate? I began to look again at my opinions.’

After the war ended in 1990, the Chaftaris returned to Beirut. Marie and Lina met at an Initiatives of Change summer camp, but it was not until 2005 that they began to work together. Lina says, ‘Marie called me and said, “We need to do something: there is so much fanaticism and hatred.” ’ They invited their friends and family to meet and talk. 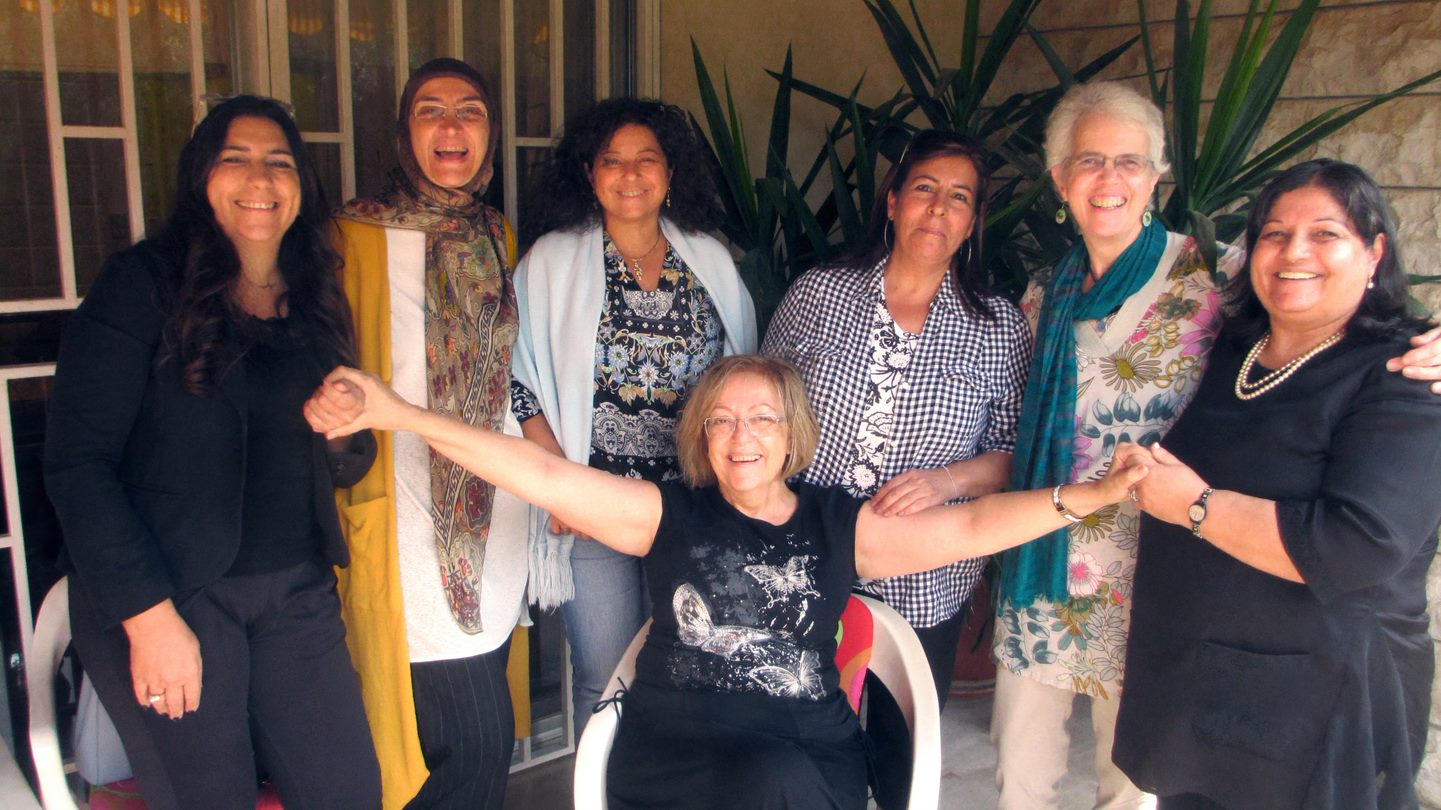 For Nawal Chhaibar, these meetings came at the ‘perfect’ time. ‘We didn’t accept what was going on: we are mothers and we fear for our childrens’ future. Linaltaki was an opportunity to feel the old Lebanon before the division between Christians and Muslims.’

When they first visited Lina’s home, the Christian women were nervous, in spite of Lina’s efforts to put them at their ease by dressing informally and not covering her hair. ‘One of the ladies wouldn’t drink the juice for fear it was poisoned.’ Afterwards everyone breathed more easily when they drove back into the Christian area of Beirut.

It took time to build understanding and friendship, but now, says Adele Nehme, whenever she meets a Muslim woman she thinks of Lina. ‘Then I am not afraid; I can meet them with happiness and joy.’

Each summer, Linaltaki brings together 13-year-olds from Lebanon’s schools for five days of workshops, creative activities and games. The workshops cover conflict resolution, communication, emotional intelligence and prejudgment. On the last day the children present what they have been doing to their parents and school heads. Previous participants, some of them now university students, come back to help, and when we met they had just had their annual reunion.

The women clearly enjoy each other’s company: the test comes when they go home to their own communities, says Marie. ‘I refuse to listen to any jokes about Muslims or Syrians or refugees: if people attack Muslims, I defend them. It’s challenging to be the same when I am not with Lina as I am when she is here.’

The same challenge faces the Muslim women. In September 2005, when a Danish newspaper printed cartoons which outraged Muslims all over the world, rioters stoned a church in Beirut. ‘Lina and the Muslim ladies called a meeting with the director, teachers and parents of a Christian college, and condemned what had happened,’ says Marie. ‘They said that these Muslims did not represent all Muslims.’

The women of Linaltaki see their differences as something to cherish: a spur to reach out and learn more about each other. ‘Our country has been bleeding for the past 40 years, due to all kinds of wars and conflicts,’ says Lina. ‘We are united in our fear for the future of our country; our fear of polluting our children’s hearts with hatred. We care less about what we each believe in, and more about how she translates that belief. Isn’t the best prayer that which calls for reaching out to my brother and sister?’