Marian Partington tells Yee Liu Williams how the power of dreams and silence helped her to find peace after her sister’s murder.

Marian Partington’s younger sister, Lucy, disappeared from a Gloucester bus stop after visiting a friend at Christmas, 1973. Twenty years later, gruesome discoveries at 25 Cromwell Street, Gloucester, revealed that Lucy Partington had been a victim of serial killers Fred and Rosemary West. Marian’s memoir If you sit very still tells the moving story of her traumatic loss and personal journey.

We are sitting cross-legged in Marian’s hideaway cabin at the bottom of her garden. Her book lies on the floor between us. She tells me: ‘It is very difficult to find words to describe the pain and disorientation of one’s sister simply disappearing without trace for 20 years.’

She likens it to searching for a body that is trapped somewhere beneath the frozen Arctic Ocean; as the freeze continues and the ice thickens there is no sign of a thaw. As the seasons pass and the ice builds up you have to go inside to get warm if you want to carry on with life. ‘You have to be ready for the thaw and for the rescue,’ she says. ‘But somewhere inside, I became disconnected from the past and disabled by the future.’

It was through working with her dreams that Marian found healing. The book’s title comes from a dream Marian had a few months after her sister went missing, in which Lucy told her with a smile that she’d been sitting in a water meadow: ‘If you sit very still you can hear the sun move.’

Marian sees this moment between them as the place of ‘shining silence’, where speaking would interrupt the wonder and mystery. In that place of solitude and reflection she began to accept that whatever happened to Lucy was somehow all right because in the dream her sister was at ease. She sees it as Lucy’s last gift to her, and a challenge to look at her own life. 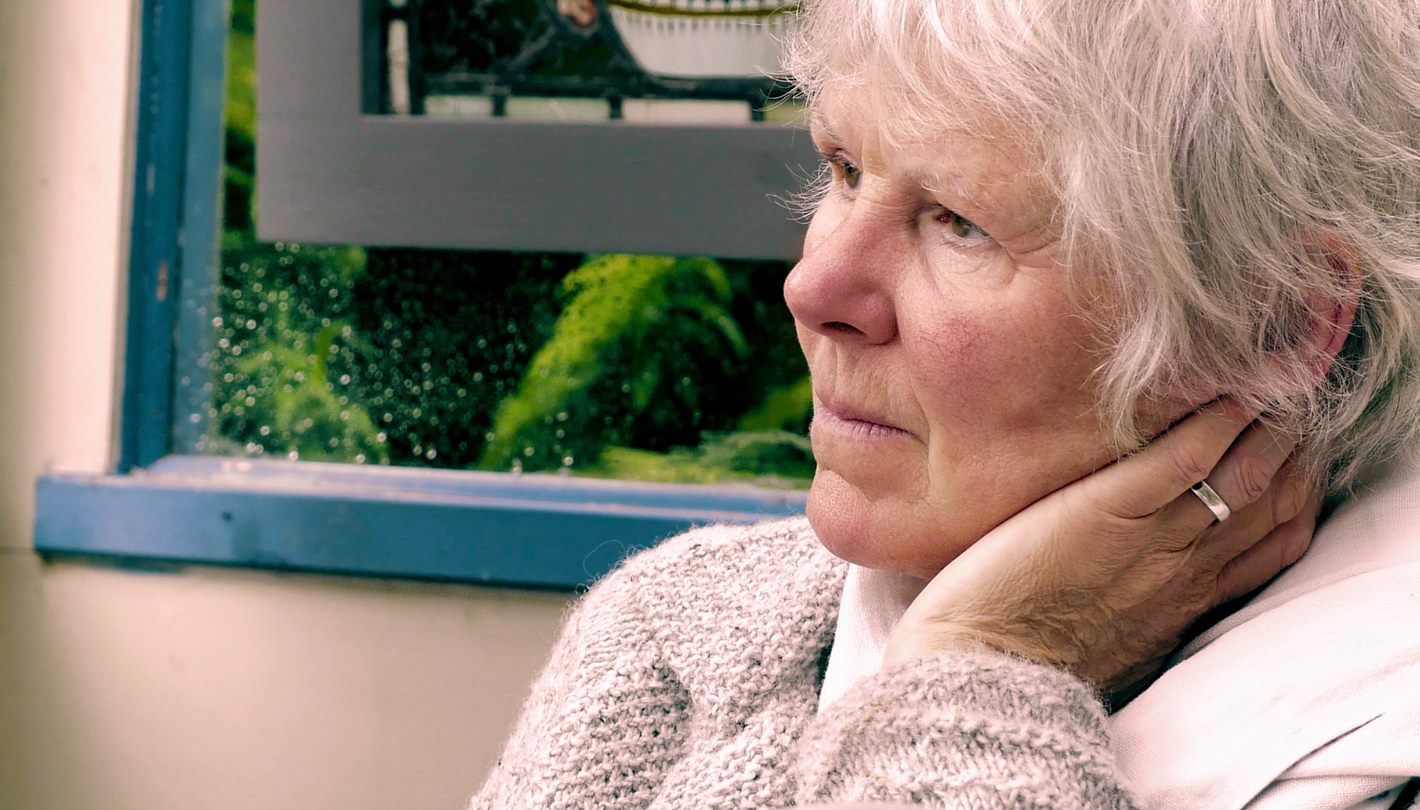 Such dreams have put Marian on her long path towards understanding the horror of what had happened. As we sit peacefully together – a stark contrast to the reality of what her family had to endure – unspoken questions lie dormant: how could she trust anyone again, how could she find peace, and how could she forgive the Wests?

Lucy’s brutally dismembered body and bones were found in March 1994. She had been buried with five other young women encased in concrete under the converted basement bedroom used by the Wests’ children. Five years after Lucy’s remains were found, Marian had a fifth and most challenging dream that included an intention to forgive Rosemary West.

In the dream, the two women met at night on the edge of a park, by some spiky railings, under the sleazy greyish orange glow of the street lights. As they faced each other Marian said to Rosemary (without looking at her face), ‘I forgive you.’

The dream continued in a basement with West and another person who said she was a mediator. West scooped up handfuls of fresh and bloody placentas and pushed them into small polythene bags. She picked up each bag in turn, tossing them over her shoulder out of a window into the dark abyss and intoning a sinister mantra, ‘I keep throwing them into the sea, but the waves keep bringing them back.’

Marian sees this dream as facing up to the demonised ‘Rosemary West’ in her – her shadow side. She acknowledges her own shame and guilt and the bits of her life which she regrets: including abortions and a violent relationship, which left her as a single mother in her 20s, living in a council flat with two children on the at-risk register.

West could not rid herself of the contents of the Cromwell Road basement (of which she continues to deny knowledge) and she would rather edit out the ‘terminations’ in her life. Marian, by contrast, writes of her abortions: ‘It is not consoling, but true, that this has helped me feel more compassionate towards those who have killed, legally or illegally.’

Marian says that silence and ‘sitting very still’ has allowed her to move on to healing and to accept forgiveness for all the failed moments in her life. It has been difficult to be compassionate with herself, but essential for her own wellbeing and that of those with whom she comes into contact. The attitude of insight and compassion, which enables her to love her enemies and pray for them, goes far beyond ‘right’ or ‘wrong’, she reflects. To live from a place of profound interconnection and from ‘the peace that passeth all understanding’, to be genuinely liberated from all negative feelings, is, for her, the gift of being alive.

‘If only “I” (my small self that I cling onto as my only identity) can get out of the way,’ she says. The most creative way forward, she believes, is through cultivating circles of compassion – empathy with suffering – in a mindset of restorative justice.

In this place forgiveness is spontaneous.

Buy If you sit very still from our shop website.