Mental Health is not a taboo

Abdi Gure is addressing the stigma of mental health in London’s Somali community. He talks to Yee-Liu Williams. 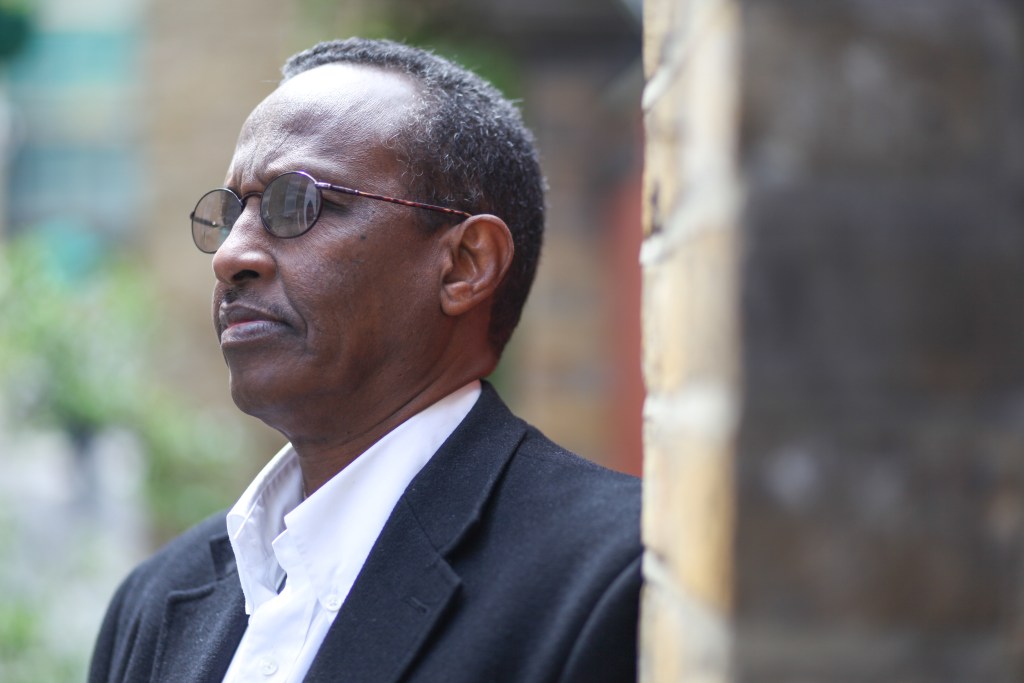 Imagine embarking on a long perilous journey, not knowing whether you or your family are going to live or die. ‘Can I get my family to safety? Where will they go? Do I go with them?’ These were the questions that Abdi Gure faced, when he sent his family out of Somalia in 1991. ‘I stayed back with the hope that the situation would improve.’ Seven years later, hope lost, he too escaped and joined his family in Britain.

Over a million people have been displaced by the civil war and anarchy which followed the collapse of Somalia’s government in 1991. ‘When Somalis come to the UK they are already traumatised,’ Gure says. ‘Many have witnessed relatives massacred in front of their eyes; some women have been raped.’ With the Somalis’ nomadic heritage comes an ‘inner power of resilience’. But there are also high levels of unaddressed mental health issues, often exacerbated by worries around immigration status.

Gure’s concern about these needs – and the trauma and stigma associated with them – led him to train as a ‘psychodynamic counsellor’ at Birkbeck College, University of London. Within the Somali community, he says, mental health is ‘taboo’. ‘The concept of mental health, stress or depression does not exist in Somalia and there is no vocabulary to describe this state of mind,’ he says.

‘If we see our relatives or friends acting in strange way, walking in the street naked, talking and rambling, we believe they must be crazy. Speaking to a stranger about your life is not part of the culture and seems odd. Individuals are either “mad” or “sane”: the belief is if you are crazy you will never recover.’

When Somalis exhibit such mental health symptoms back home, they may seek help from elders, religious leaders or traditional healers. Somalis do not believe mental health can be treated through medication. Seeking help from ‘outsiders’ is considered ‘shameful’, he explains. Mental illness in the Somali community is viewed as an uncontrollable spiritual problem, and a sign of weakness. Individuals do not know how to get help, and are often reluctant to take medication. ‘Sufferers confine themselves within their families and remain silent,’ says Gure. ‘Social isolation further intensifies mental health problems.

People come to me when everything is exhausted and the world around them has collapsed.’

Somalis are often misdiagnosed with schizophrenia and unnecessarily sectioned, says Gure. He sees this as a symptom of a medical profession under increasing pressure: the doctor is saying, ‘I have no time for you… but I am clinically covered’.

A large proportion of Britain’s 300,000-strong Somali community lives in the London boroughs of Harrow and Brent, where Gure’s Somali Hayaan Project is based. ‘Hayaan’ is a nomadic term, which means ‘moving on to a better place’. The project, launched in October 2010, grew out of the Somali Mental Health Advocacy Project (SARP) – a three-year research-based project funded by the Kings Fund. The Somali Hayaan Project is sponsored by Mind in Harrow and Brent.

Gure describes himself as a ‘cultural brokerage advocate’, helping Somali refugees move on with their lives. Because of the range of barriers that Somalis face in getting effective and appropriate treatment, advocates have to bridge the cultural divide between patients, family and frontline welfare services, acting as ‘interpeters, facilitators and confidants’.
The Hayaan Project also seeks to reduce the sense of isolation experienced by Somalis with mental health difficulties. Common barriers include lack of knowledge about how to access health care. ‘The Somali community have a very poor understanding of “where they are in the system” because it is so complicated,’ he explains. ‘There are many single mothers, the elderly struggling with language, climate and understanding the ways of the British system.’ The project acts as a ‘community hub’, recruiting and training a team of ‘peer educators’ from the local Somali community.

At a fortnightly meeting of Hayaan in Brent, which I attend, community leaders engage in a of 20 homeless Somalis living on the streets. Gure presides over a crescendo of voices and animated
gestures. He introduces a Somali psychotherapist, Sara Abdulahi, to the gathering, stressing the importance of having advocates of both genders, so that issues can be sensitively discussed between people of the same sex.

Abdulahi believes intergenerational issues are a key factor in mental health problems in the community. ‘The children who are born here and grow up in the UK are very different from their parents. Children become more dominant because they learn the language and the mother and father lose their roles in the family. Boundaries and hierarchies change – which may add to stress and mental health issues.’

As the meeting draws to a close, I ask Gure to sum up his central message. ‘Education is key to understanding that mental health is not “taboo”. Suffering from depression is no different from any other illness and it is possible to get help and counselling. It is a false belief that if you have mental illness “you are mad”. Medication can help people recover and live a normal life in the community.’ 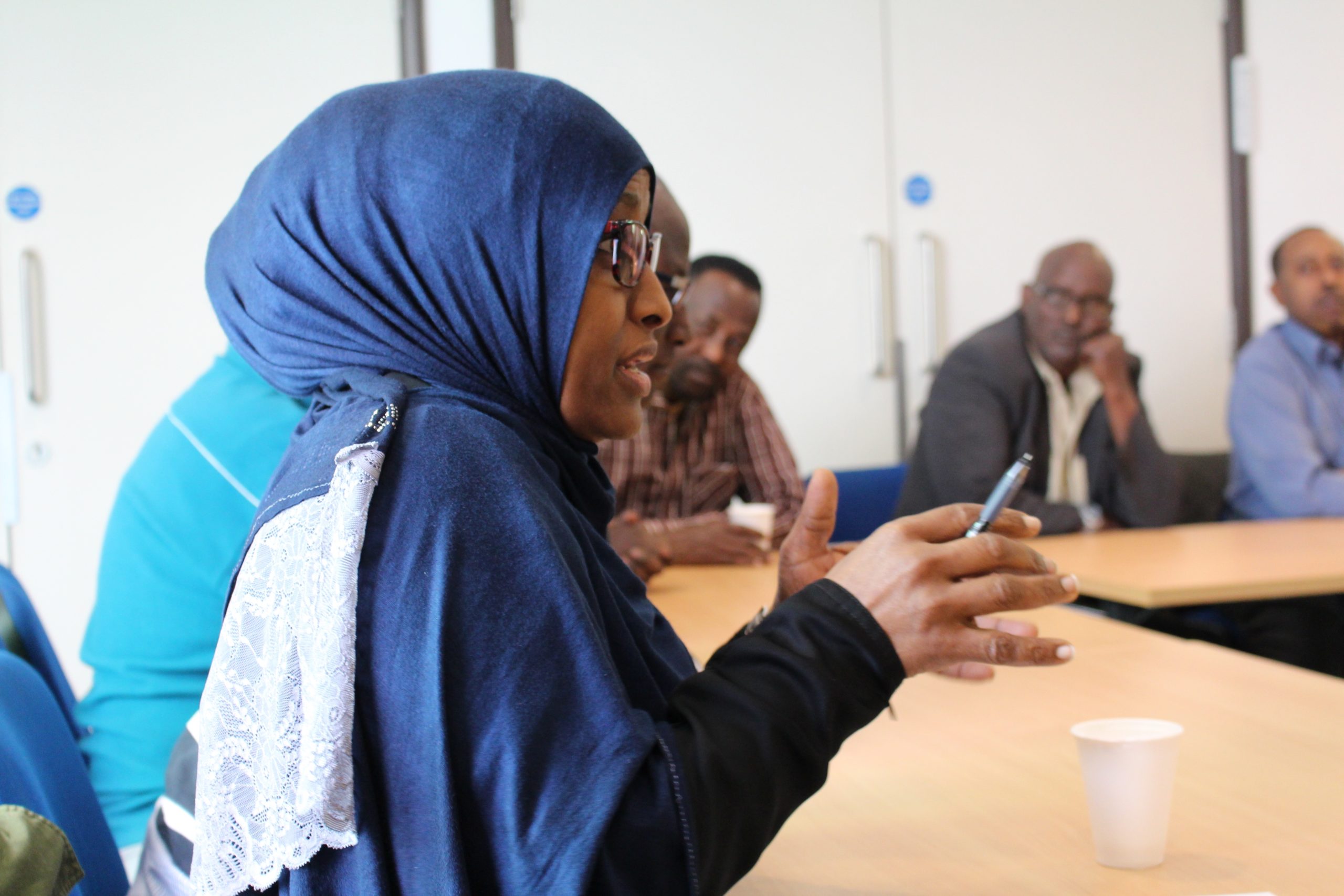