Jean Paul Samputu forgave his parents’ closest friend for killing them. He talks to Davina Patel.

I meet Jean Paul Samputu just before he is due to give a performance at a World Refugee Day event at the Initiatives of Change centre in London. You can tell that he is a natural born performer. As he talks, his words turn into songs about forgiveness that flow from his soul.

Jean Paul’s parents were among hundreds of thousands of Rwandan Tutsis who were murdered by Hutus in the genocide of 1994. As a well-known artist, Jean Paul was an obvious target: he had spent six months in jail, three years before the massacre, when thousands of Tutsis were rounded up by the government. ‘When we were released to go to our home village, it was not just to release us and say we are free, no,’ explains Jean Paul. ‘They wanted to have a list of every Tutsi, that was the plan.’

It was Jean Paul’s father who told him to leave the country, fearing that the genocide of 1959-63 was about to be repeated. ‘Why can’t we go together?’ asked Jean Paul. His father said he was too old to flee again. He believed his family would be safe because they lived side-by-side with Hutus.

Heeding his father’s plea, Jean Paul travelled to Burundi as a touring artist and then to Belgium and Uganda. He returned to Rwanda once the violence had stopped.

‘I learned that I had lost my parents, three brothers and my sister. When I came back to my village to see what happened, I found my house empty.’ His neighbours told him that they had been killed by his father’s best friend, Vincent. ‘My father loved Vincent because he was an intellectual, the principal of the local school,’ says Jean Paul. ‘He was somebody who my father would call and ask anything.’

The news pitched Jean Paul into ‘self-destruct mode’. He lived with bitter resentment, anger and the desire for revenge for nine years. He turned to alcohol and drugs. ‘My friends were praying for me because they thought I was going to die. I heard a voice telling me: “You need to forgive. Forgiveness is for you not for the offender. Forgiveness means liberation. Forgive!”’

This wasn’t easy: but Jean Paul realised that he had to forgive for his own sake, not for Vincent’s. ‘He was in prison for 11 years [for the crimes he committed], but my prison was more horrible than his. In prison, they eat and sleep but I wasn’t. I was killing myself with drugs. So I had to forgive myself and forgive Vincent and now I am free.’

In 2007, Jean Paul publicly forgave Vincent, who by then had been released, at the Gacaca (a traditional court) in their village. He was the first Rwandan to go to the Gacaca and speak publicly about forgiveness. ‘At first Vincent was shocked to see someone forgiving him,’ Jean Paul goes on. ‘He didn’t even think to ask for forgiveness. He said: “I cannot forgive myself. How can you, a Tutsi, come and forgive me? You said it’s God?” And I said: “Yes!”’ 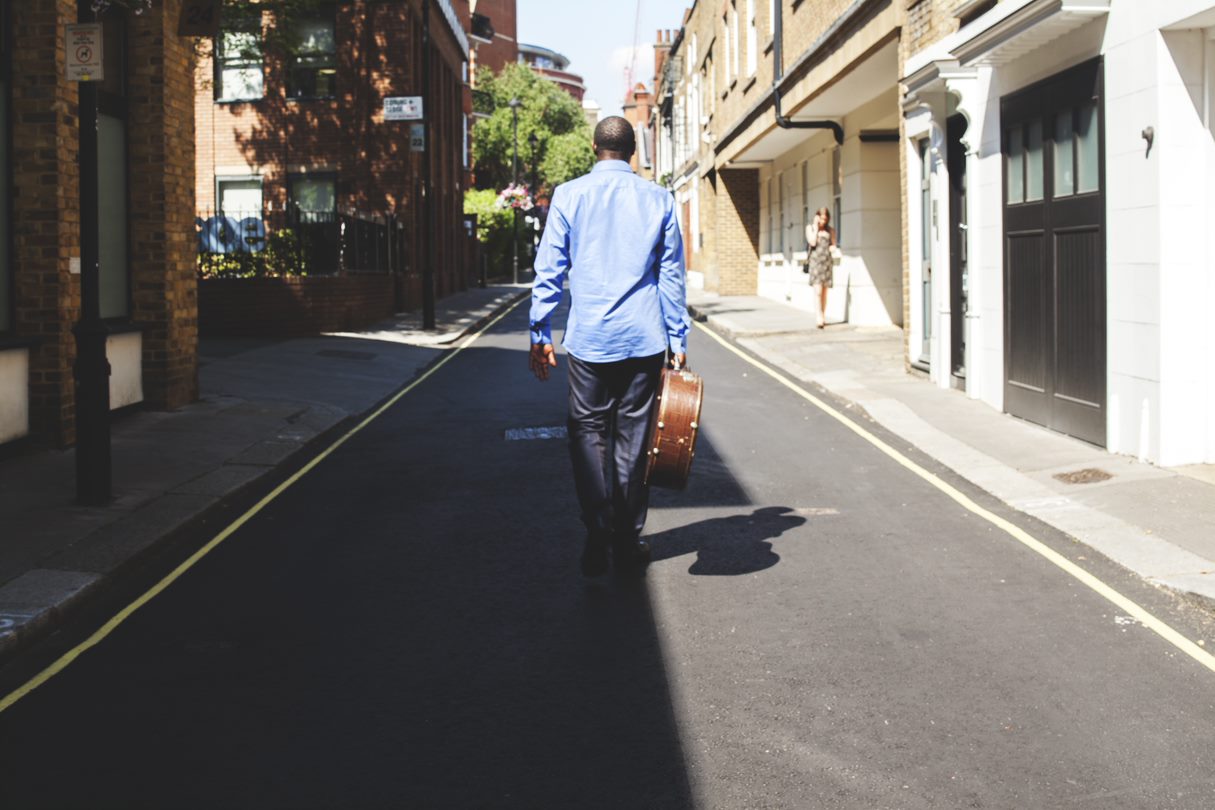 Following their reconciliation at the Gacaca, Jean Paul and Vincent became beacons of hope and ambassadors of peace, sharing their story at conferences and to the media. Not everyone was happy and their lives were threatened. They both left Rwanda and went their separate ways.

Jean Paul continues to share messages of forgiveness through his music. ‘Why do people sing about violence? In America they sing about bad stuff, sex and murderers…. Why can’t I sing about good things, like forgiveness? Music speaks directly to the heart.’

‘We are receivers of inherited trauma and patterns from conflict rooted before our time,’ he says. ‘The generation that passed have not resolved their problems. We live in a world where there is a culture of revenge.’ He hopes his latest album, Only love, can inspire leaders to talk above love, not hatred. ‘Only love will break these cycles of violence. Only love will stop genocide. Only love can bring the peace we need. Only love can stop our children killing each other in the future.’

As our time together draws to an end, I ask Jean Paul if he has any last words of advice for people who are struggling to forgive: ‘You become what you don’t forgive. Forgiveness is for you – not for the offender. If you don’t forgive, it will destroy you. Your real enemy is not who the one who wronged you. Your real enemy is your anger, bitterness, resentment, your desire for revenge or the negative thoughts towards yourself and the person who made you suffer.’