Ashley Muller meets an unexpected activist duo, who are tackling homelessness in Oxford

Miranda Shaw and Neo make a remarkable team. Neo, who has lived on and off the streets for 26 years, is a musician who busks for his income. Miranda, born and raised in Oxford, has been battling injustice as long as she can remember. On one of last winter’s coldest nights, they were part of a group who legally occupied an empty building belonging to Wadham College, to provide shelter for 20 rough sleepers.

Miranda sees homelessness as a humanitarian crisis. In Oxford, homelessness has quadrupled in the last five years, as funding has been cut and shelters have closed. Last December, Oxford activists were fired into action by the news that a homeless man had been found frozen to death on a bench in Birmingham.

Miranda remembers lying in her sleeping bag in a cold garage on New Year’s Eve, the first night of the squat. ‘I thought about how bonkers this might seem to most people I know. I wondered what my mum might think and what my community might say. It was freezing that night and it reminded me why we were doing this.’

Hundreds of people caught wind of what was happening through social media and local activist networks. Volunteers with full time jobs from around the UK queued up to help sort donations, cook food, arrange the shelter and advocate for the cause. Other cities followed Oxford in occupying buildings.

Neo is well known in Oxford as a spokesperson for the homeless community. ‘Stigma and stereotyping are the problem,’ he says. ‘At the end of the day lots of people are on the streets because the system has failed them. If people understood people’s real situations, we would be able to look at how we work together to solve the problem.’ He emphasises the need not for money but for empty spaces. ‘People need empty spaces and empty spaces need people’ became the motto of Iffley Open House.

The group was summoned to court three times to answer accusations of trespass. Other obstacles included lack of resources to cope with the complex needs of homeless residents living in community, instability and lack of long term planning. 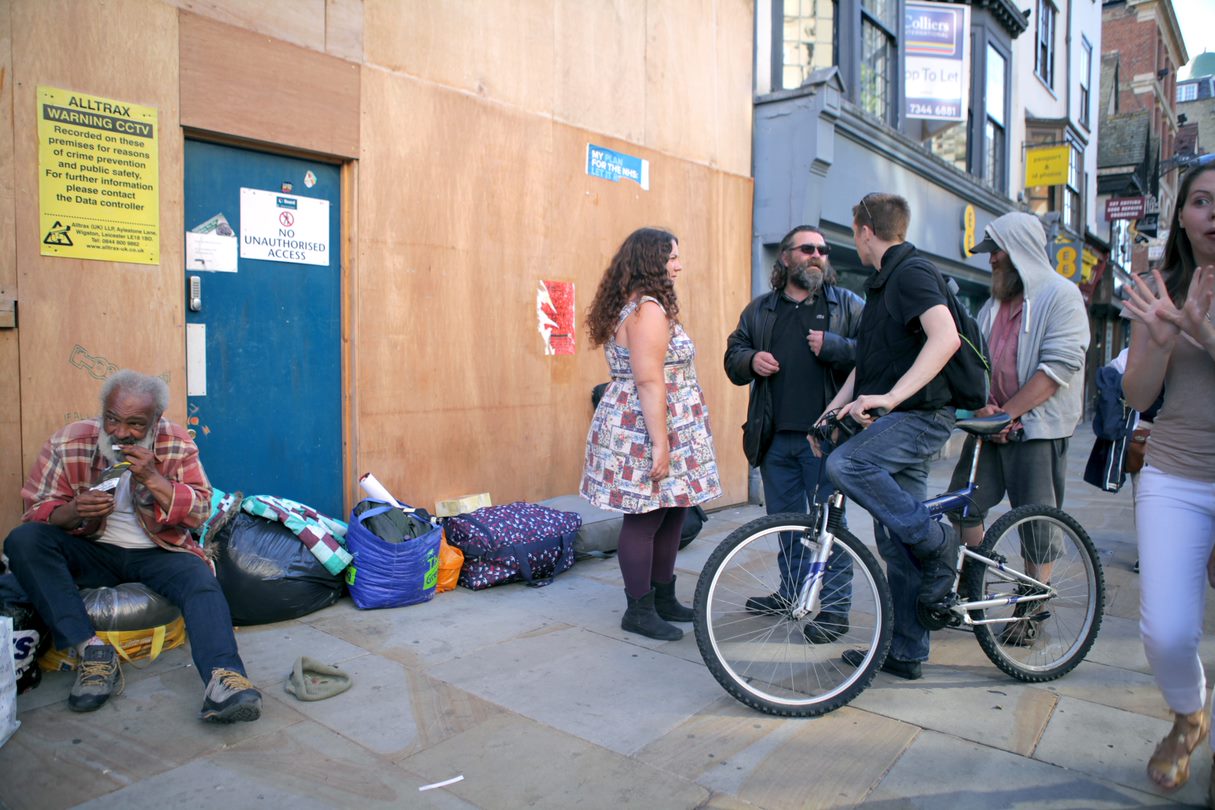 When asked about her motivation, Miranda responds, ‘I was brought up to enact change when I saw injustice and to challenge the systems of oppression that I saw.’ Dig a little deeper and she speaks of her own experience of unstable housing as a teenager. Her experiences with Iffley Open House, and the depth of pain they ignited, led her to start a new journey of personal exploration. At the end of January, she co-facilitated a women’s peace circle, through Initiatives of Change’s Creators of Peace programme. It looked at forgiveness and took her back to a place of love and compassion by reminding her of her faith in people. This helps her to go on working with institutions that she has found challenging.

‘The amount of support we received for Iffley Open House was glorious,’ she says. ‘Sometimes a small group of people just need to make a crack in the fabric of normality for the light to shine through.’ Throughout the journey, ‘compassion and empathy have been crucial’. Two of the main lessons she learned were ‘don’t assume that you know best, and set and maintain strong boundaries between volunteers and residents whilst utilizing support services if you can’.

‘I believe we achieved very positive results, but at the same time I recognise that there were things that could have been done better,’ says Neo. ‘Stability and boundaries are important: it was a learning curve for all of us.’

After three months, as the weather got warmer, Iffley Open House closed. As another winter approaches, Oxford churches and NGOs have rallied to plan citywide responses to homelessness. Neo is working with local councillors and activists to find new solutions to a continuing problem.