Lera Mimizu sought magic in the circus, and found it in tea. Aleksandra Shymina went to meet her.

Intense blue eyes stare at me. They don’t seem to be blinking. I shuffle on my seat, feeling seen, as if I am the one telling the truth about my life.

I am in a cosy little coffee shop in Borough Market, London, with tea expert and tour guide, Lera Mimizu. She is a single mum and a business owner. No matter how difficult it is at times, she is living her dream, having her freedom, being herself. How many of us dream of doing that? I am here to hear her story and enjoy being in the company of somebody so authentic.

I have attended several of Lera’s tea ceremonies, where a small circle of people meditate while drinking real Chinese tea from tiny cups. I have also been on one of her tea tours around London, discovering corners I have never been to and tea stories I haven’t heard before.

The first thing I want to know is ‘Why tea?’ She says she is attracted to tea by its depth and richness. ‘It is not only a drink with a beautiful taste and flavour, but also a plant medicine – for the heart, spirit, body. It is history too, because it’s a drink that changed the world. It is spirituality, as tea and presence go hand in hand. It is a great connecter. When people sit together and drink tea, they establish a connection at a level deeper than usual.’ 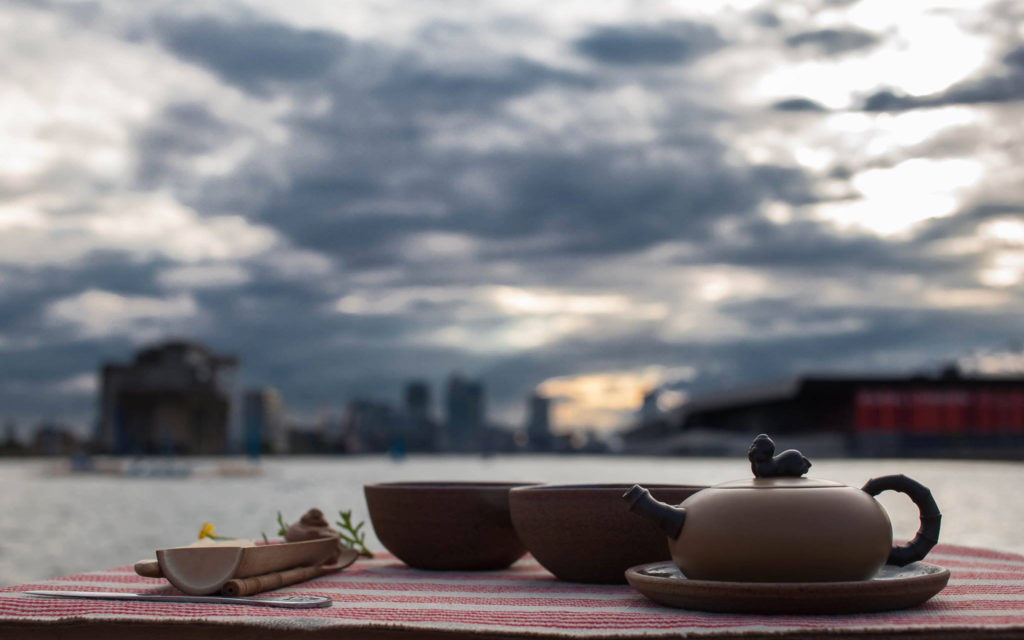 Lera travels to China regularly to deepen her knowledge of this ancient drink. But the first time she went there was to train as a trapeze artist for the circus. This adventure came at the price of leaving her secure job in the City of London, going against well-meaning friends who thought her a bit mad, and letting go of her family’s expectations.

Her life up till then had been steady and predictable.

She grew up in Lithuania, where her parents mapped out her course in life for her: school, hobbies and how she should develop her talents. A career in economics in London was a done deal and no questions were to be asked.

In the office, even her boss recognised that she was not cut out for a nine-to-five lifestyle. A spontaneous visit to Pune in India, to attend the Osho International Meditation Resort, set her off on a spiritual journey, which demanded that she should not ignore her soul.

When she finally decided to leave her job, her whole office supported her. She bought a ticket to India, signed up to study resonance dance at the Himalaya Subbody Butoh School in Dharamsala and dived right into it.

This was not the beginning of ‘happily ever after’, but of months of continuous doubt and insecurity. Had she made the right decision? What if it didn’t work out? What if this was not what she really wanted? The internal critic that kept quiet within the secure walls of the office suddenly came to life.

Finally, Lera went home to Lithuania for New Year, fell in love and didn’t go back to her training. Possibly this was exactly what was needed for the next step to happen.

After about two years in Lithuania, and just before becoming a mother, Lera moved back to London. Her son became her inspiration to keep searching for professional fulfilment. A conversation with a friend focused her interest on tea, a drink she had always enjoyed. The interest became a hobby and a kind of love affair, and it took her back to China on a different mission – tea research.

She also began to explore a world of deeper connection to herself, her body, the present moment, the world and love. She studied tantra, yoga, human design, Zen, non-duality – everything that had no dogma and rules. 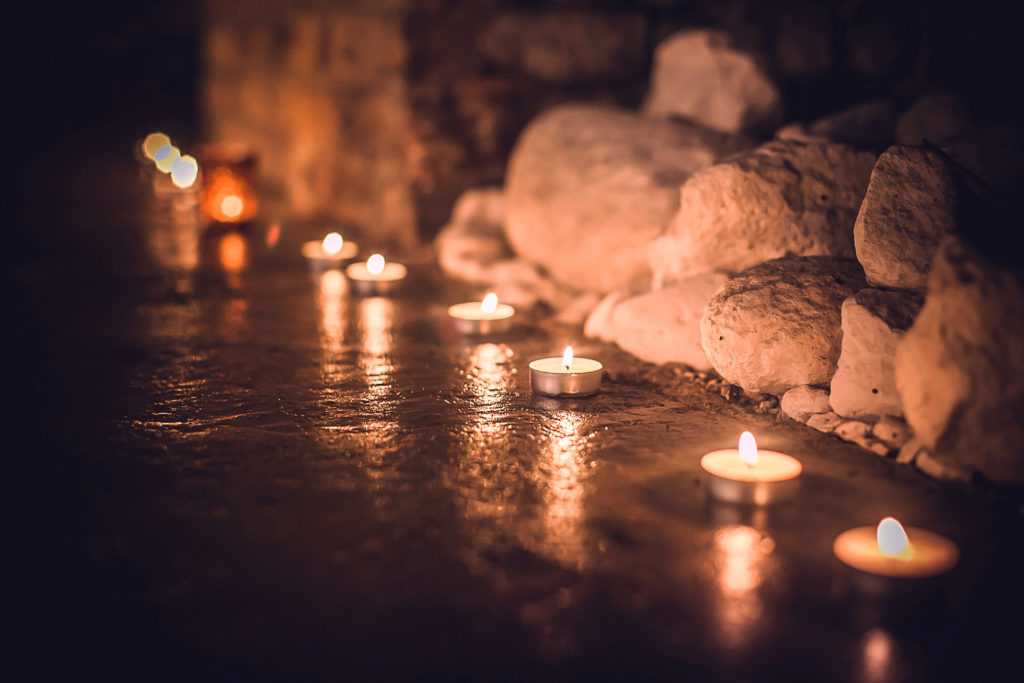 She quotes Robin Carnes: ‘Spirituality is a conscious connection to what make us alive – to ourselves, to another, to the Great Other. When we grow spiritually we find meaning in what once looked like chaos. On the other hand, we may also find questions where we once thought we had things all figured out.’

This journey affected Lera’s tea practice, which in time moved from hobby to life to business. She trained with the best masters of tea ceremony, designed her London tea tours, created a website and a community.

People return to Lera’s tea ceremonies not just for the beautiful tea but for the experience she offers. Being and living her passion, she brings a breath of magic into everyday life. I leave our conversation re-inspired to do what I love doing, to be what I am meant to be.

Photos by: Natalia Medvedeva and A. Dombrovskij