What can a pillow do for women in rural India? Fritha Vincent enlightens Federica Dadone.

The roar of the sewing machine has been the soundtrack of Fritha Vincent’s life. As a child, growing up in Britain with deafness and dyslexia, she would snuggle underneath pillows for safety and security. Her best friend’s mother used to make ‘quillows’, pillows that opened out into quilts. 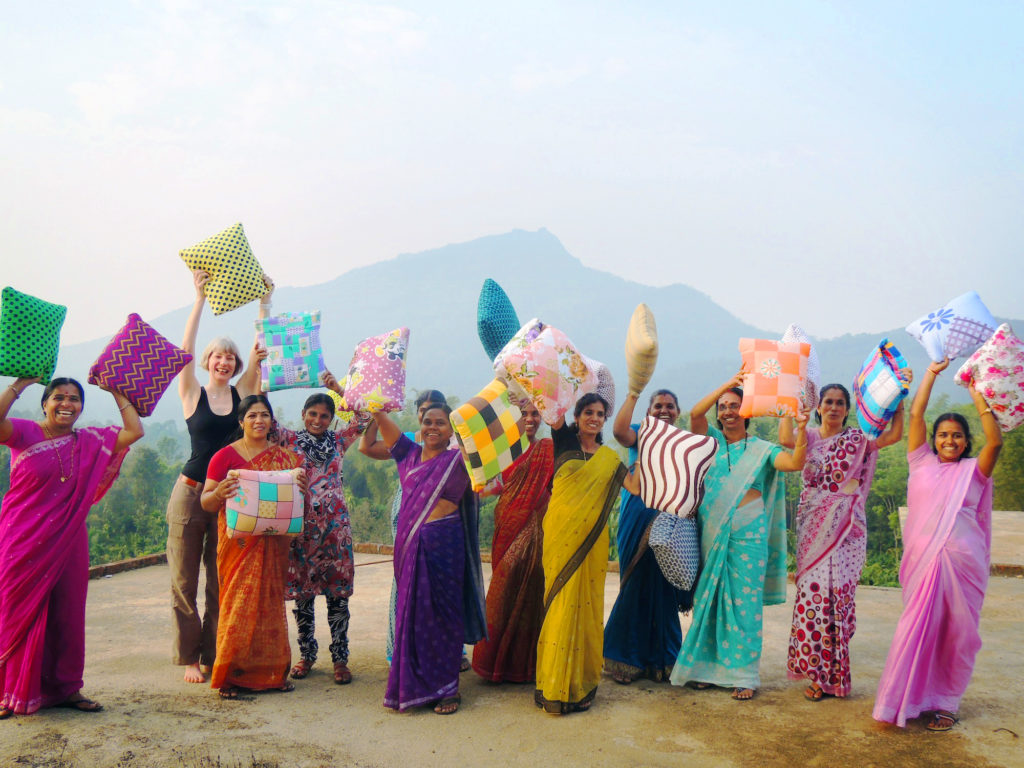 Years later, while working for Save the Children as a fundraiser, she stumbled on a women’s group in a remote village in Kerala, who were herding goats and making flower wreaths. As she chatted and made knotted rosebuds with the women she spied a treadle sewing machine in a corner covered in dust. The women told her they had had stitching training through a microfinance loan and actually wanted to sew and sell cotton products, but there was no market.

That day Fritha decided that she would take the quillows of her childhood (renamed Secret Pillows) to India, and within six months she had trained some Indian women to make them. She found a buyer for each of those first 50 pillows through a Facebook campaign. ‘I’m really sad I didn’t keep one!’ she says. She raised tens of thousands of pounds through two crowdfunding campaigns to keep production going, and from that point, in 2014, there was no turning back. 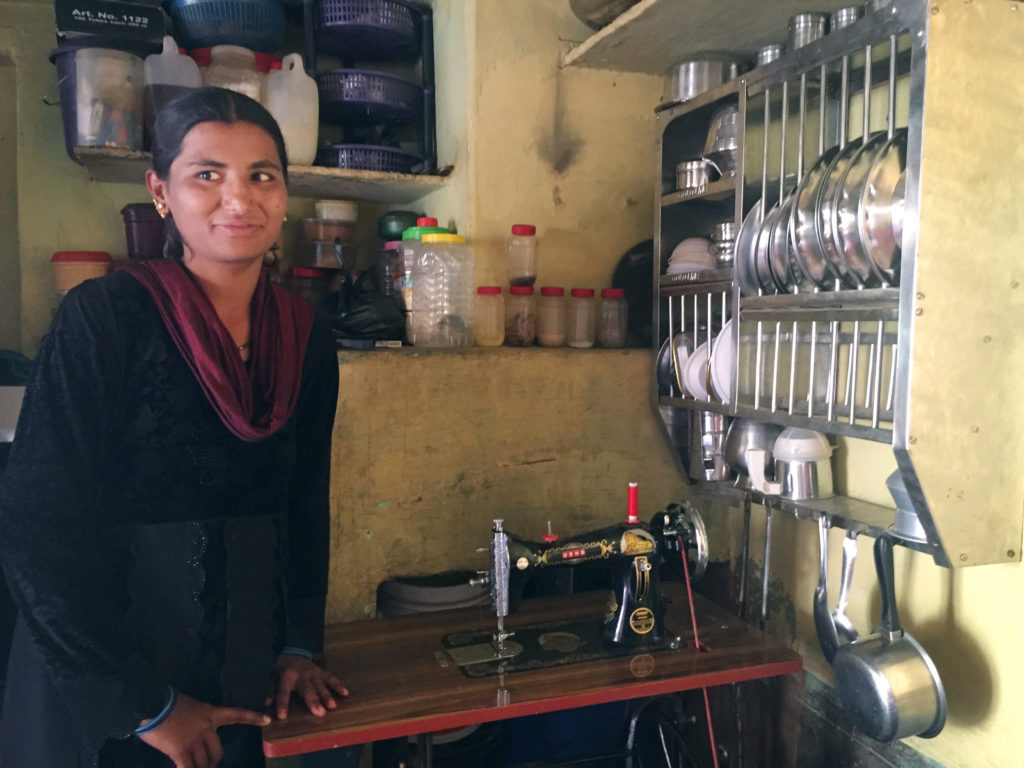 To her great sadness, she lost contact with the village women who gave her the idea of the Secret Pillow project. But thanks to them, women in other remote communities are becoming financially independent and gaining the confidence to ‘make the best choices for themselves and their children’. The project has helped them to achieve their vision of sending their children to school. 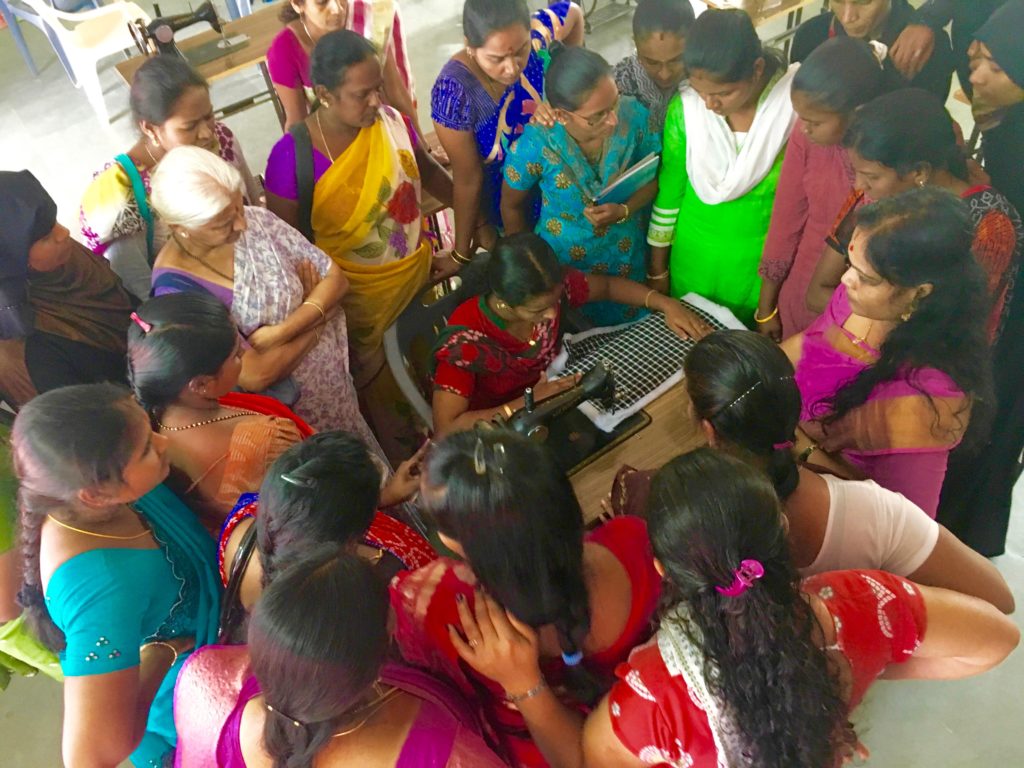 Fritha has recently married and is also a foster parent. Maybe because of her hearing and dyslexia, maybe because of her free spirit, she struggled at high school, but flourished when she was moved to a more progressive, independent school. She says her deafness has strengthened her resilience – and also sparked her interest in India. As a child, she went to the ear doctor every month and the only things she read in his waiting room were leaflets with pictures of kids from the mountains in India, where he went every year to do pro bono surgeries. She decided to have a cake sale and give all the money to him for these children: ‘my first event as a fundraiser!’

Because of her deafness, not understanding the language in India doesn’t bother her. ‘I’m used to not having a clue of what’s going on around me,’ she says. ‘I found out I can communicate with these women using a language I can understand – sewing.’ 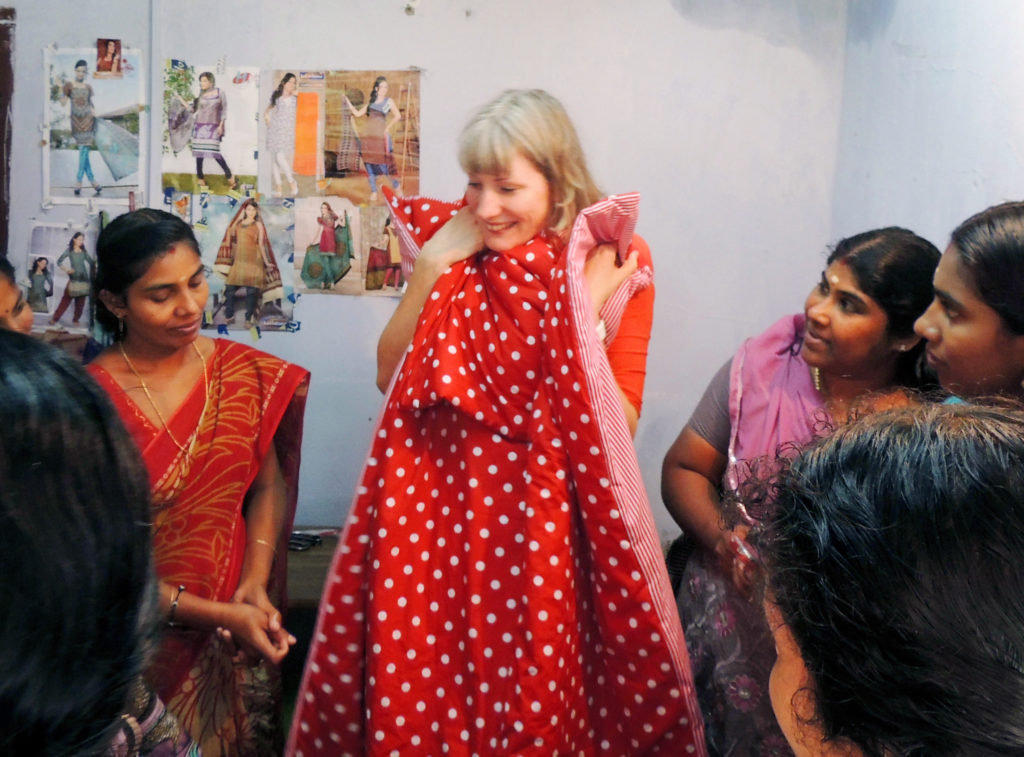 A side project is the Secret Sari Dress, a beach wrap made of sari fabric that folds out of itself. Women rescued from brothels make the dress in their safe houses. The crowdfunding campaign which kickstarted the project went viral. It was designed as a ‘prevention through production programme’, through which the girls can earn enough money not to go back to the sex trade. Survivors are now working with at-risk girls in their villages.

Fritha believes that when women are in control of the household budget, they are empowered; when mothers have their own income children are healthier, happier, better educated, safer. She points out that 80 per cent of the children who live in institutions around the world are not there because they don’t have any parent. They are there because their parents cannot afford to feed, clothe and educate them. 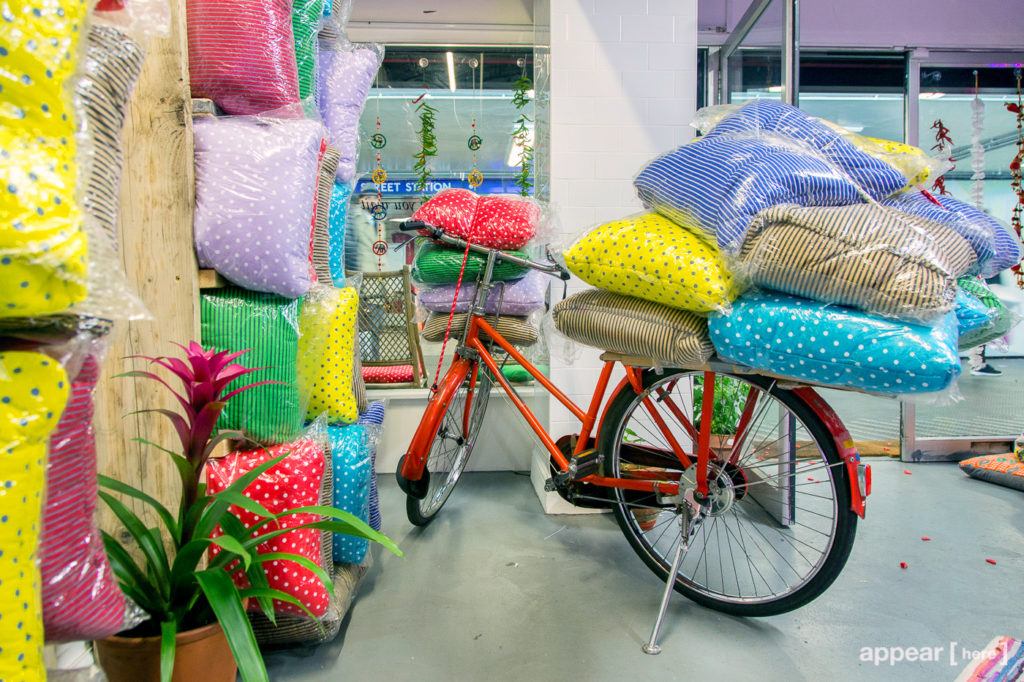 Her social enterprise business, Secret Projects, has trained 500 women. They are treated as entrepreneurs, not beneficiaries and each receives three to four orders a year. Fritha describes them as a ‘network of makers’. Their mantra is: ‘We believe in ourselves. We support one another. We persist. We trust our instinct. We take pride in everything we do. We work with joy.’ They receive at least twice the minimum wage for the products they make.

She says it is wonderful to think that this product, rooted in a time in her childhood when she felt safe and secure, can help ‘unfold women’s power’ through a ‘sewing revolution’ that bridges divides across the world. 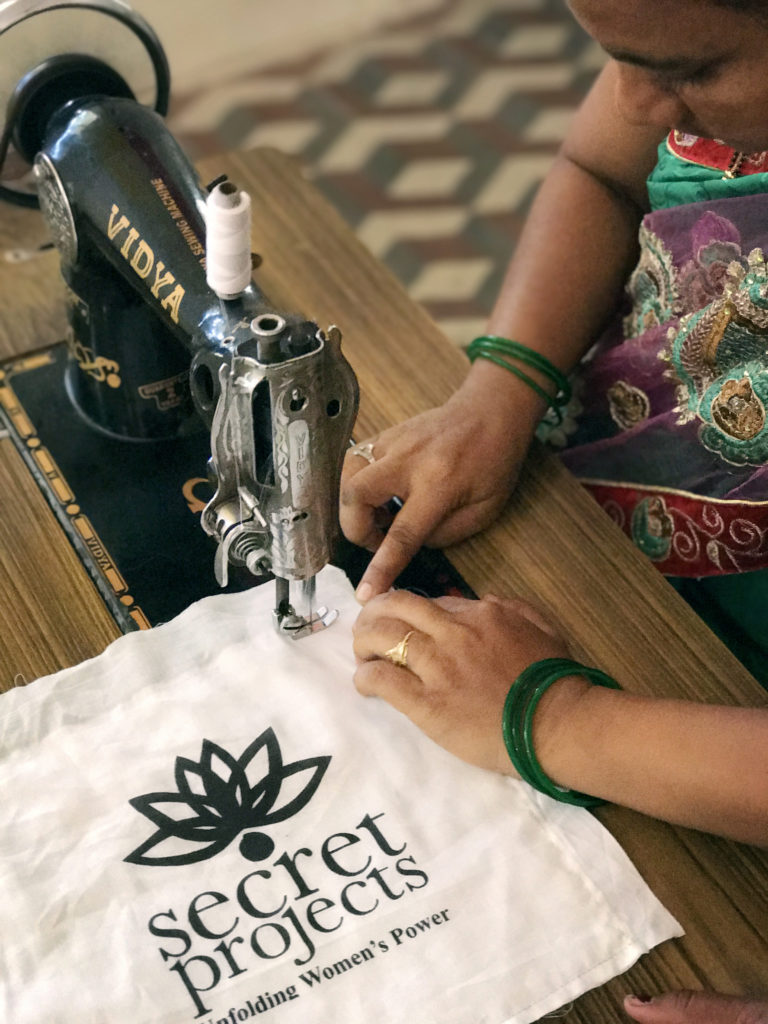