Muna Ismail has spent most of her life outside her home country, Somalia. She is passionate about what refugees can contribute both to their host countries and their countries of origin.

Muna is the force behind Refugees as Rebuilders, a new training programme at the Initiatives of Change centre in London, which focuses on ethical governance, social cohesion and the environment. She describes it as ‘a culmination’ of over 20 years’ experience of being a refugee. ‘It is a promise to others that there will be a point when life feels good again.’

She and her family fled Somalia when the fighting and shelling reached their neighbourhood. A long and complicated journey brought them to the UK, where Muna had spent five years at school in the 1980s. ‘I received a new identity – refugee,’ she says. ‘I felt it all – being lost, out of place, not fitting in, poor, confused. I was so angry that I joined the UK’s Marxist party for a short while. I almost got arrested during a protest at the American embassy.’

She was lucky in her timing, as university education in England was still free. She studied chemistry and went on to do a doctorate, which took her on an internship to Seattle, USA, where she married and had a son. She returned to the UK in 2009, carrying the experience of a failed marriage. In 2011 she met Initiatives of Change, and came to a tipping point in her life: ‘At some point I had to face it – to either be a miserable, bitter single mum or change my attitude and make something out of my life.’

Although Muna was born and brought up in Mogadishu, her ancestral home is Somaliland, in the north west of Somalia. She is working here to reintroduce Yeheb, a leguminous food and fodder plant, which has become extinct on the Haud plateau in Somaliland, where it used to flourish. She believes it could be a key to improving local conditions, by providing work and nutrition. The first trial plantings took place at the end of last year, and are doing well. ‘This is my way of saying we can do something in our own country and have a good life.’ 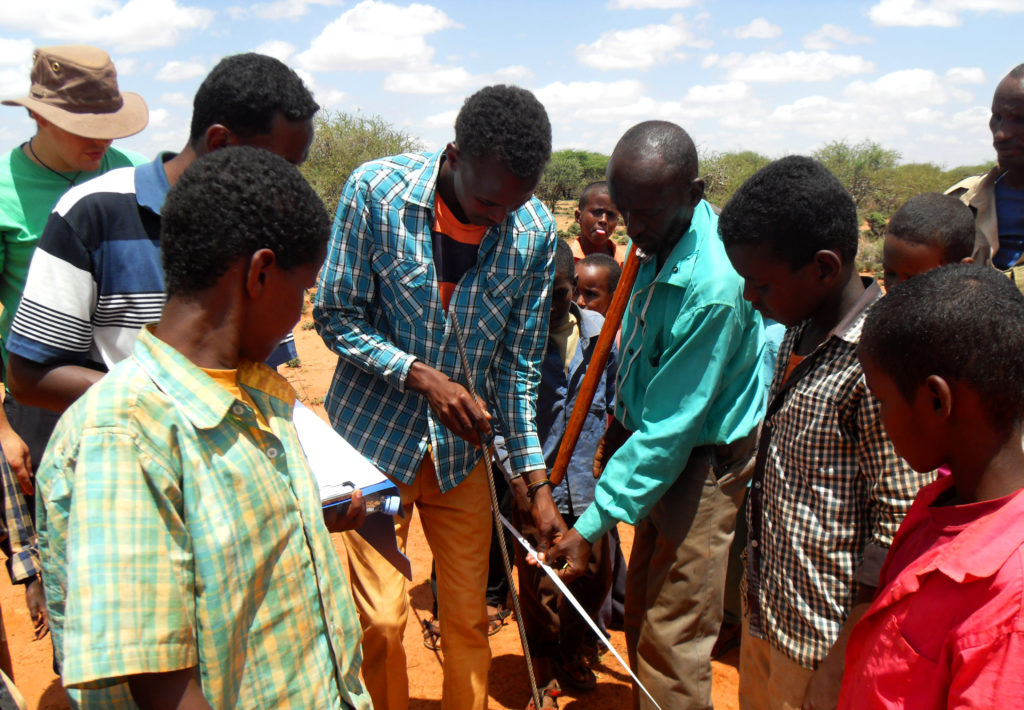 She also hopes that the project will help to reengage the younger generation of the Somali diaspora. ‘My son is a multinational,’ she says. ‘He was born in the US and lives in the UK. I fear he is losing connection with his roots. He doesn’t speak Somali, the language of his ancestors.’ She hopes that one day her son will help with the project on the ground – maybe with British friends from other cultures, or other British Somalis.

What drives Muna to do this work? ‘My quest for inner peace,’ she replies. ‘Isn’t that what we all are looking for? I need a peaceful world. When I am old sitting under a Galool tree in Somalia, looking out on fields of Yeheb, I want to be able to say – this was my life. It hasn’t been so bad after all.’