Marwan Bassiouni explores the relationship between photography, faith and the passing of time by photographing his prayer rug on a daily basis.

In today’s society, faith and religion are perceived to be a conversation topic that interest a minority of individuals and only on select occasions. Yet, to photographer Marwan Bassiouni, the subject of faith is a focal point of daily life personally and professionally.

In his latest series Prayer Rug Selfies, on exhibition beginning 11 September, Marwan explores the relationship between photography, faith and the passing of time by photographing his prayer rug on a daily basis – no matter where he might find himself engaged in the act of worship. This collection provides a fresh take on the theme the representation of ‘Islam in the West’, as similarly portrayed in his previous project New Dutch Views. With this more recent collection, he presents the viewer with an intimate window into his daily life. 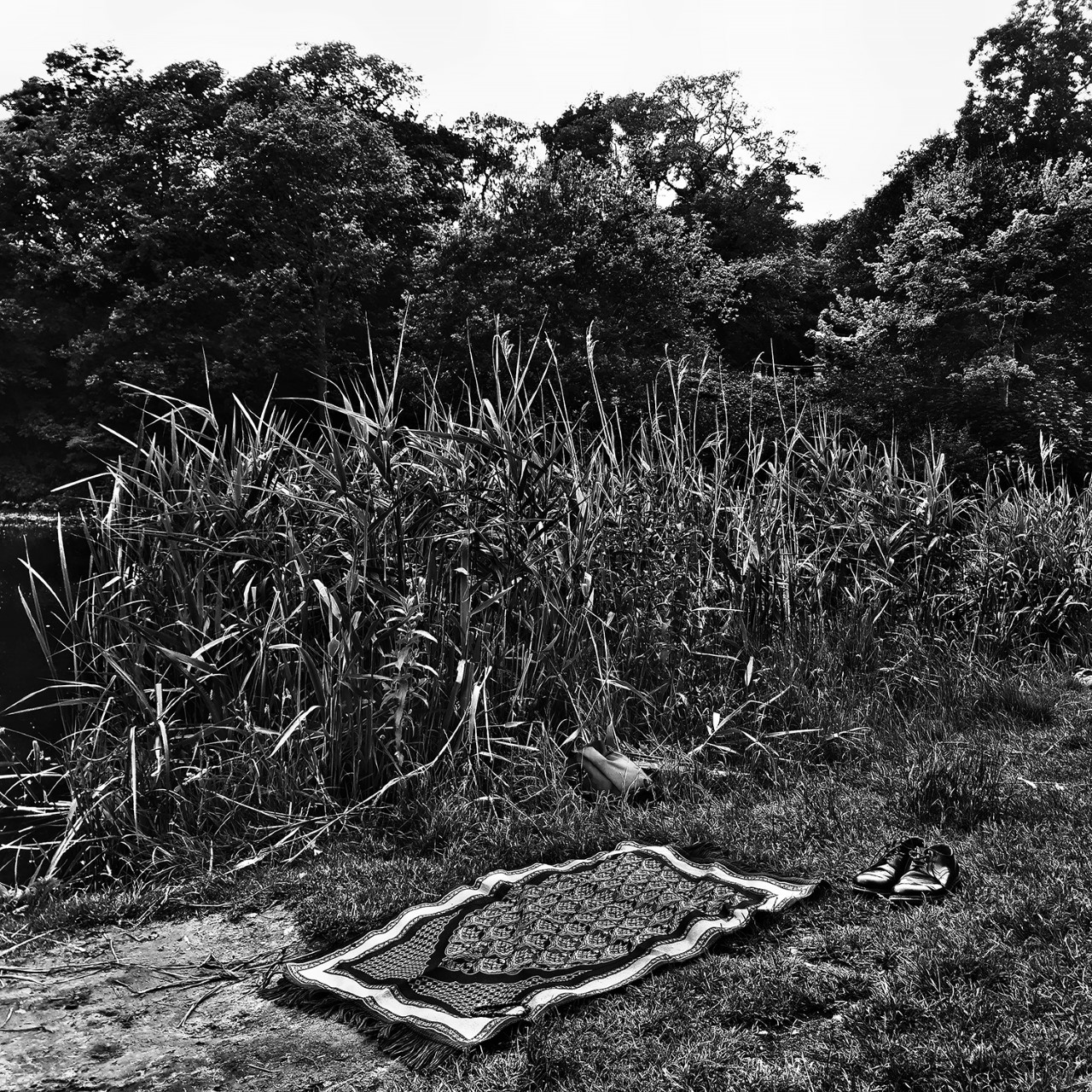 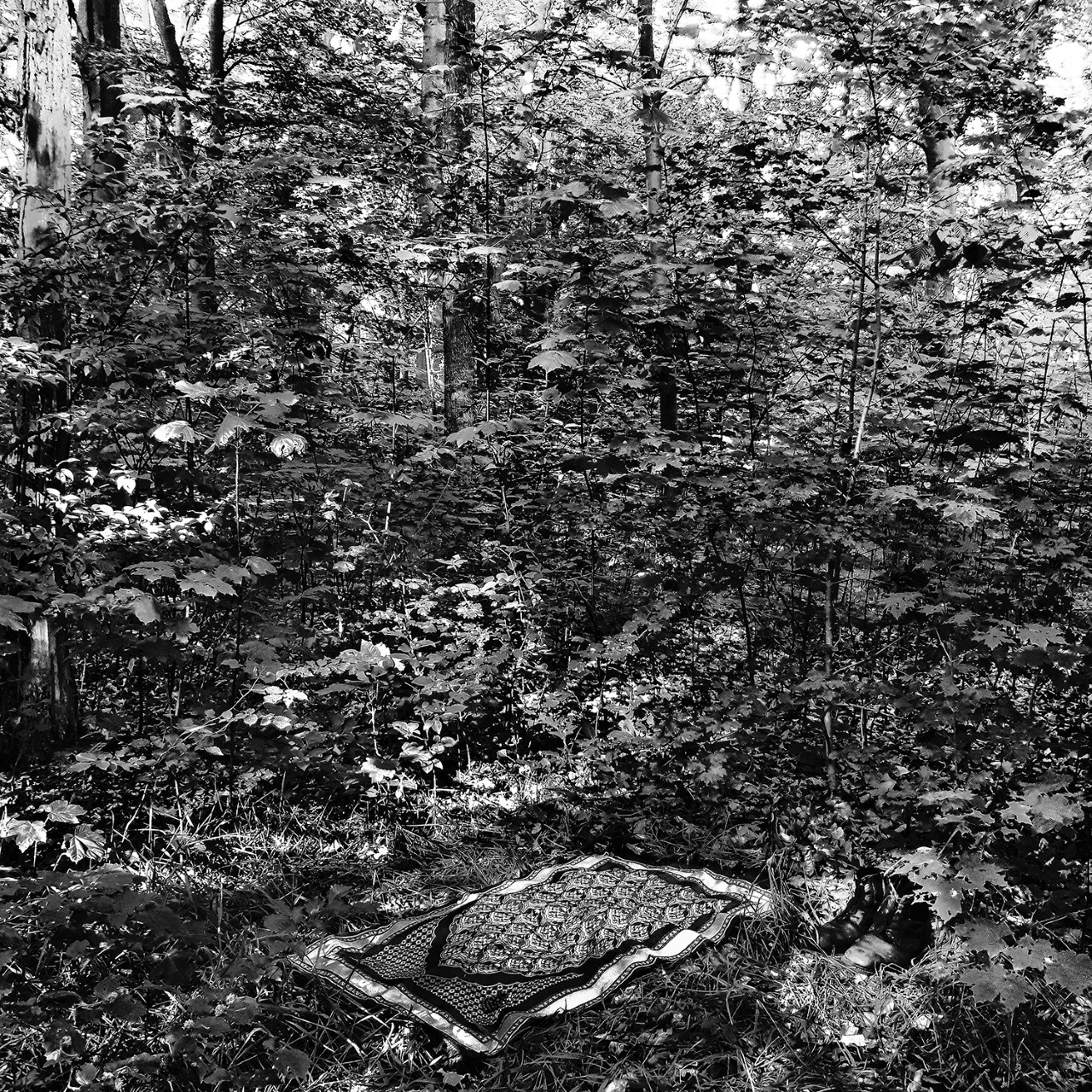 20 May 2020, Scheveningse Bosjes, The Hague, Netherlands 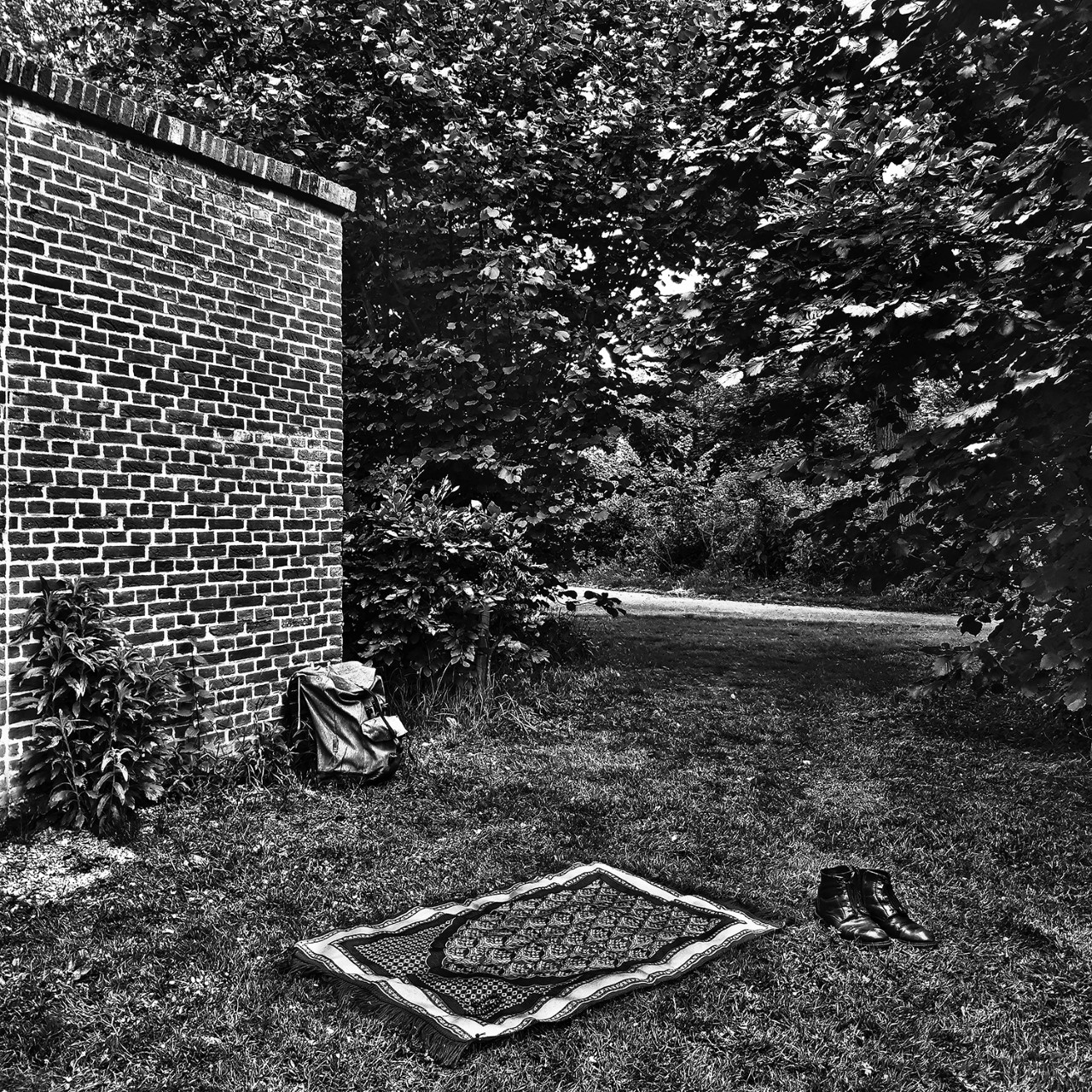 Religion in a secular age

Prayer for a Muslim is a vital part of everyday life, and weaves together obligation with reflection of one’s relationship with the divine. Furthermore, it is required to be performed five times a day and preferably on time. In our fast-paced culture, which is often marked by a hectic daily rhythm, praying five times a day can be a serious challenge. Marwan’s series of photographs provides a unique opportunity to understand the obstacles some face in order to perform this seemingly simple task, as he presents images captured just after he performs his daily acts of worship. The variety in his images shines a light on the nuances of faith and the kind of commitment that many understand conceptually but may not fully grasp without seeing it.

A study in spiritual living

How did Marwan get the idea for the project? During his studies one day, after performing his daily ritual, he took out his cell phone and snapped a photo of the scene. This also coincided with a personal commitment he made to himself to take his religious practice more seriously and make a serious effort to pray on time. Each day, he would carve out moments in his daily routine, look for a quiet space within close proximity and then transition to a time of reflection and worship. From empty classrooms to dark rooms in the Royal academy of Art; to storage rooms in art galleries, airports, parking lots and Dutch parks, his need to pray led him to rediscover a kaleidoscope of spaces. Four years after making the first ‘Prayer Rug Selfie’, the project evolved into an ongoing series that exceeds 100 images. What makes this even more special is that each photograph enigmatically documents a specific moment from the Marwan’s life.

Marwan also began to post his ‘Prayer Rug Selfies’ on Instagram as a way of affirming his Islamic identity openly. He wanted to overcome his thoughts about what people in our secular environment would think of him being a practicing Muslim. Despite being physically absent from the images, his presence can be assumed by the near identical positioning of the thin travel prayer rug in each still. His presence also becomes signified by other details within the frame such as his shoes, a backpack and sometimes his prayer beads. This typology of ‘moments after prayer’ creates a vibrant self-portrait of Muslim identity, but also a personal archive of what Marwan calls ‘moments of an awareness of remembrance of God throughout time and space’.

Curating a fresh representation of Islam

In his aforementioned work, New Dutch Views, Marwan had sought to challenge negative and stereotypical representations of the Muslim religion by photographing the Dutch landscape from inside Dutch mosques. Prayer Rug Selfies also serves this purpose, by suggesting peaceful images and an intimate view of the Muslim faith – simply by capturing a post-prayer visual in what one might see as secular environments. These images contrast poetically with the violent, polarizing depictions of Islam sensationalized by the media. Although his work stems from a simple concept, the result offers a humanistic depiction of Islam in the West. 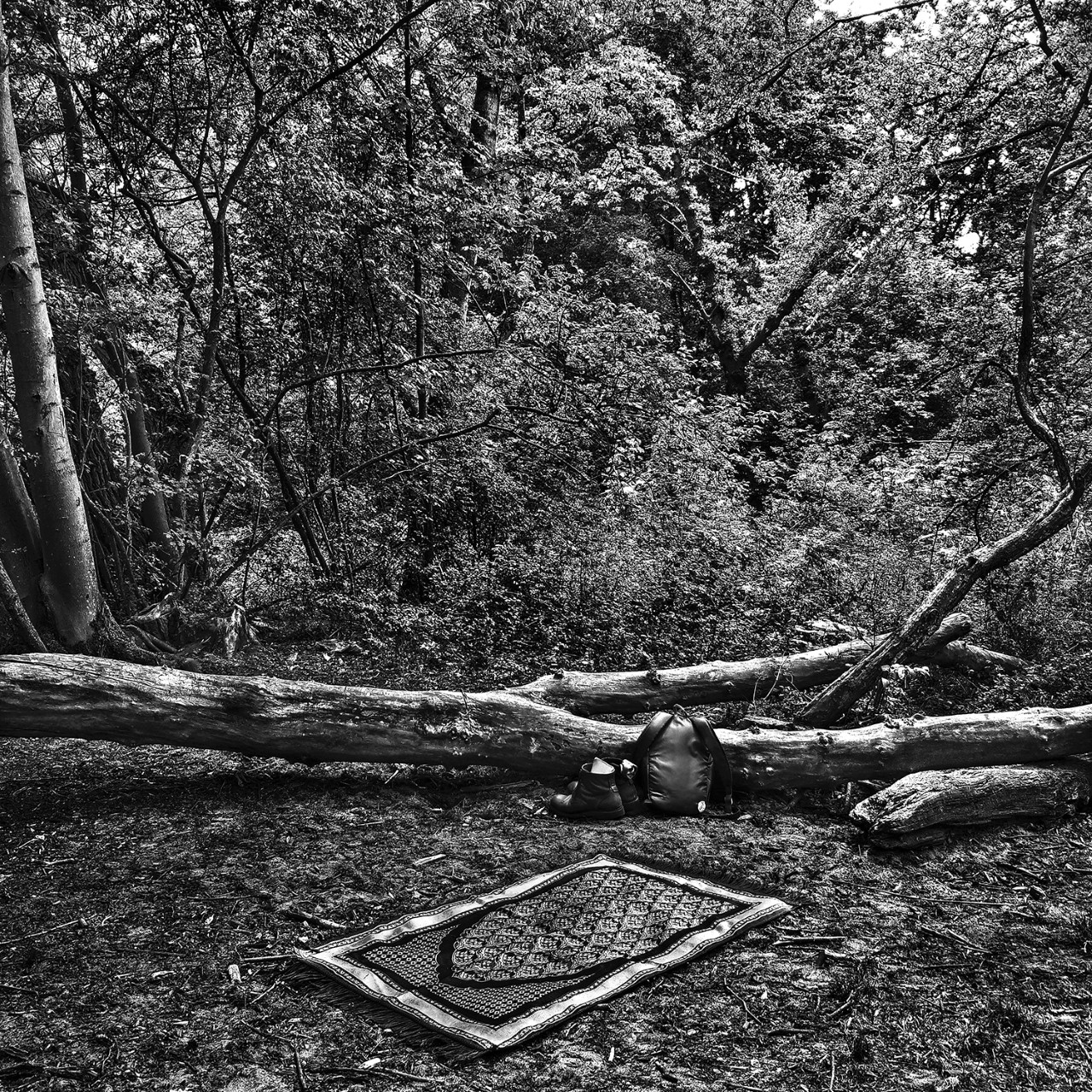 19 May 2020, Scheveningse Bosjes, The Hague, Netherlands 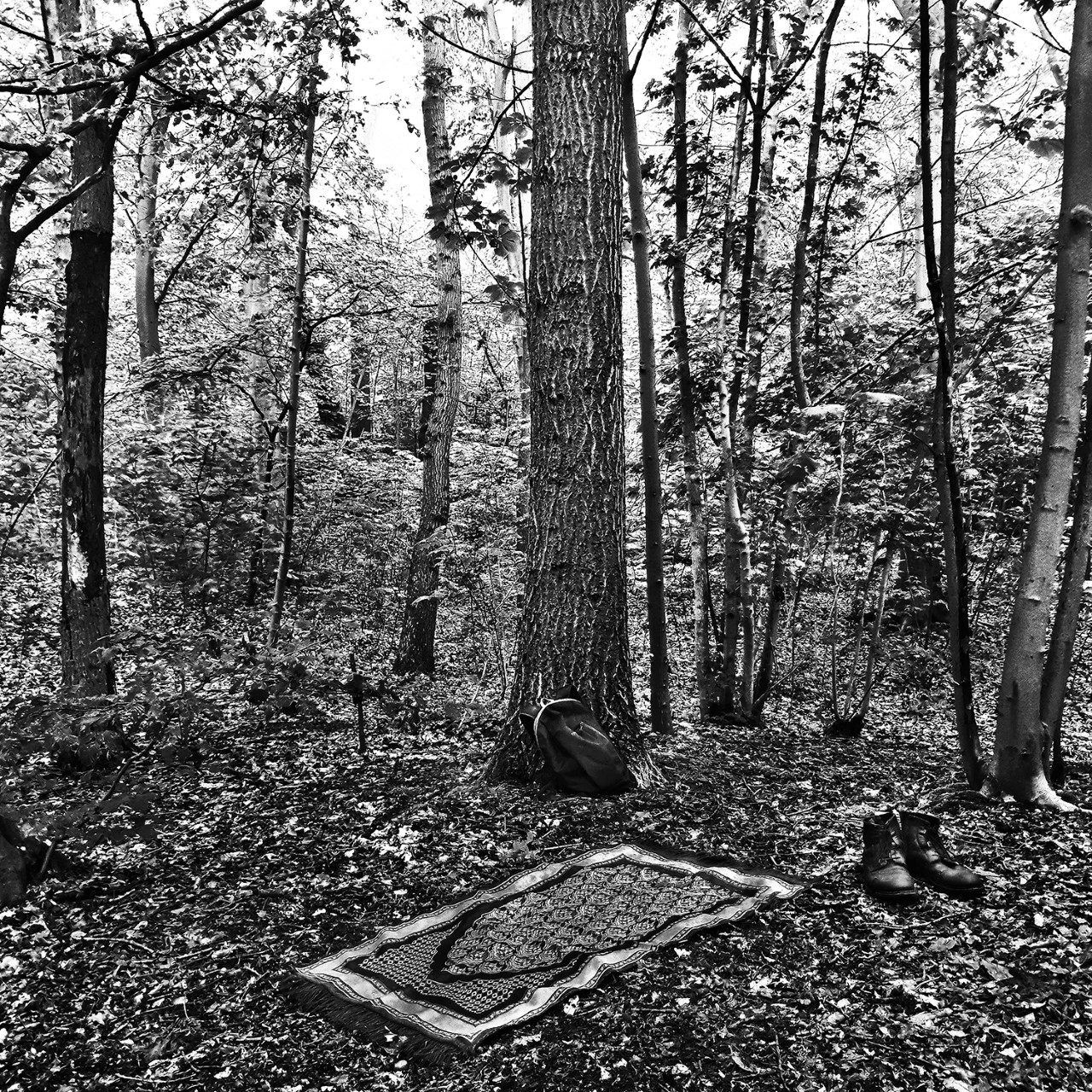 For his solo exhibition, Marwan carefully selected images from the months of March, May and June of this year – a time where everything and everyone was deeply affected by the severe implications of COVID-19. During these months, finding himself confined in The Hague, Marwan began to pray more outdoors and began practicing his faith in a way that would bring him closer to nature. From 11 September visitors to Dürst Britt & Mayhew in The Hague can view his first presentation of this personal but relatable series as an exhibition.