Lajeel Abdirahman is a community activist both in her birth country, Somalia, and in London, where she has lived for 25 years. Among the projects she runs in Somalia are a football team for boys at risk of radicalisation, an informal school for 115 children and trust-building training courses for youth groups.

She grew up in Mogadishu, studied in Somalia and Italy, and married soon after she returned to Somalia. Just after her daughter was born, civil war broke out and continued for more than 20 years. She lost her brother and a number of friends in the fighting. ‘I saw good and bad things in the war,’ she says. ‘The positive was the strength of humanity and the kindness given to strangers.’ One example is her own courage, crawling from one house to another, with bullets firing above her head, to find antibiotics for a pregnant wounded woman. The woman survived.

Lajeel and her two-year-old daughter fled to Kenya with her sister and cousins. In the refugee camp where they lived, she cooked for over 50 people a day during the month of Ramadan. ‘I thought one way of helping the suffering was through food.’ After nine months, she managed to get to Italy with her daughter, and then in 1992 to the UK with other member s of her family. ‘The move here was not easy,’ she says. ‘There were constant obstacles and while we were waiting we could not access public services.’

She worked for 15 years in mental health, family and children’s services in London, first as a translator and then as a social worker. ‘As a translator, I was never allowed to have a voice even though I could see solutions.’ She became known in her community for never turning away a person in need, and now runs an advice and support service from a room in the back of a shop. She often acts as the go -between for parents and children, and is not afraid to be accused of ‘westernisation’ when she confronts cases of negligence. ‘I hold my head high,’ she says. ‘We need to learn from each other.’

The civil war in Somalia has exacerbated divisions between Somalis’ different clans, says Lajeel. ‘Clannism is a huge barrier to community cohesion. I wish I could eradicate the tribal clan concept from Somalis’ souls.’ Encouraging young people to rise above clannism is a core part of the training sessions which Lajeel and her husband run in Somalia. They share their own story, as they come from different clans.

In these sessions, Lajeel draws on the training in dialogue facilitation which she received from Agenda for Reconciliation, a programme of Initiatives of Change UK. She is passionate about teaching young people how to talk and reach each other. ‘Dialogue gets rid of the grudges we inherit from our parents about other clans,’ she says. She and her husband are raising funds to run trust-building courses in 14 of Mogadishu’ s 17 districts, with the backing of the city’s Deputy Mayor and district councillors. ‘This training can settle disputes before they lead to fights or court cases,’ she says. ‘It helps someone to not take revenge. It shows a path of forgiveness and values.’ 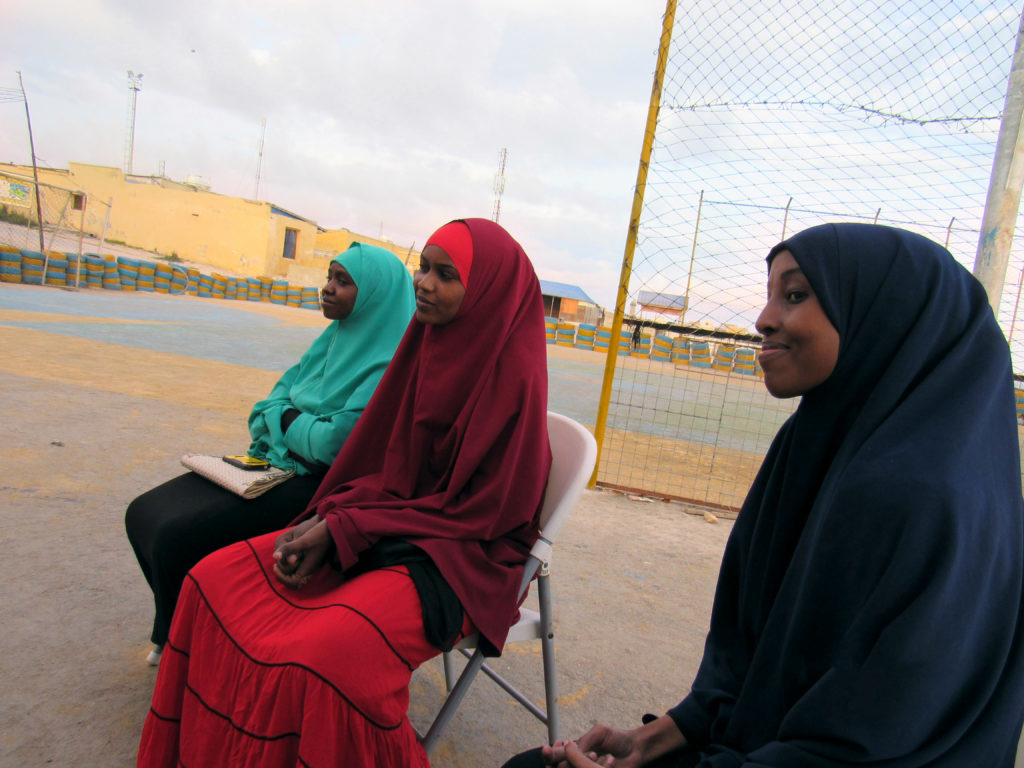 Merka, the town in southern Somalia where Lajeel was born, has a high presence of Al-Shabaab militants. In response, Lajeel founded Ameb, an NGO which supports young local people with welfare, health and literacy training. It runs a football team to ‘distract the boys’ from falling prey to the militant group. With the help of Lajeel’s sister, Edna, Ameb was also registered as an NGO in Italy to provide operations in Milan for children born with abnormalities or heart complications. They organise dinners to raise money and ask for donations from family, friends and the wider Somali and non-Somali communities. With other Somalis who have been trained by the Agenda for Reconciliation programme, she also founded Nabad Curiye, a peacebuilding group which is active in Mogadishu.

Change in people’s attitudes is the key to reconstructing a Somalia which serves everybody, she says. ‘I want to teach people to do it for themselves, to make the changes and believe that everyone is a changemaker in his own way. I would like to see the diaspora bring constructive change – here and back home.’ Above all her dream is for Somalis to ‘put the person before the clan’.