Abdool Kadir Gooljar dedicates his life to feeding and supporting destitute families torn apart by war and disaster. He talks to Yee-Liu Williams.

‘I want to go out there and give them food, give them water, give them hope,’ exclaims Abdool Kadir Gooljar, the Sheffield-based founder of Families Relief. His eyes shimmer with anguish. He is the keeper of so many stories of pain from around the world. ‘Nobody is talking about the real pain of refugees. Not even me, as it is not possible.’

He set up the charity in 1989, to support families whose relatives had been imprisoned in Tunisia. The charity supports thousands of destitute families with food parcels, emergency and water aid, and through special projects like school uniforms, equipment, meals and education development. It now works in Europe, Africa, Asia and the Middle East as well as in the UK.

In 1995, Families Relief was the first international charity to set up an office in the Gaza Strip, where it helps some of the families hardest hit by years of restriction and repression. ‘It is terrible to see the suffering that they are going through,’ he says. ‘The people who suffer are families who have nothing to do with the fighting. They don’t even have basic amenities.’

Abdool knows what it means to have nothing. He was born in Mauritius and lived with his family in one room, with poor sanitation and no money. He was illiterate into early adulthood, and is self-taught. He believes his early life experience gave him the resilience and deep-rooted faith that ‘where there is life there is hope’.

At the age of 18, he made the tough decision to move to France to earn a living, but did not manage to find a job, and experienced poverty and hunger there, too. He knows only too well the challenges facing refugees and migrants: ‘I have suffered racism to the extent that if I did not have faith I would have committed suicide.’ 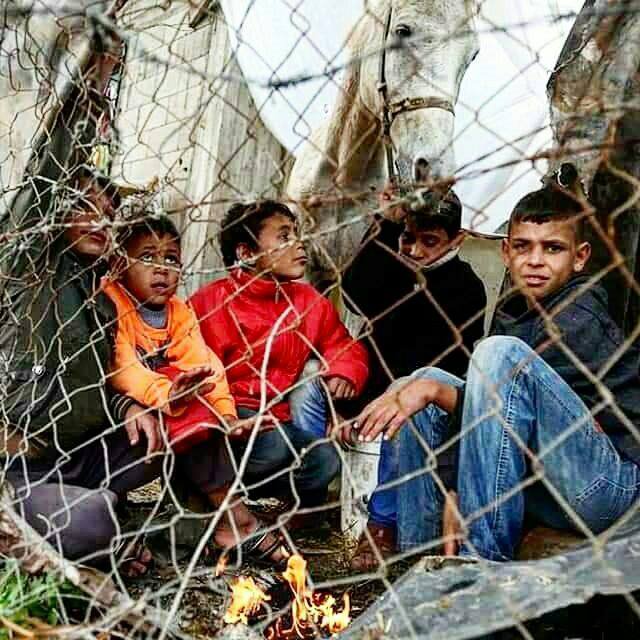 Child refugees in a camp in Gaza

After two years in France he came to the UK, where he found work, attended night school and took his GCSEs. He rose to managerial level in the social services, obtaining further qualifications on his way. He now dedicates his life to the charity, and is active in interfaith community relations in Sheffield. He is the President of Islamic Society of Britain Sheffield and involved in various working committees including One Sheffield Many Cultures, and the Cohesion Migration and Integration Strategic Group.

Children’s suffering is what drives Abdool to do what he does. His voice breaks as he describes how, when he visited a school in Gaza, a 12-year-old girl collapsed in front of his eyes. She had not eaten for seven days. ‘How do you choose which child should be fed from one day to the next when there is never enough?’ he asks.

He focuses his appeals particularly on Ramadan – ‘a time of giving’. Getting the emergency supplies where they are needed is not always easy. In 2016, 20 young Muslims collected enough food provisions to fill 25 containers to send to Gaza. Abdool had to raise £32,000 to transport the containers, but with Israeli blockades they finally arrived in the West Bank on 4 June 2018. ‘The journey has taken so long and it has been a very painful lesson,’ he says, distressed. ‘I don’t even know whether the food can be eaten after all this time.’ He admits the stress has been unbearable. ‘I was doing it with the best intentions for the relief of suffering families.’ 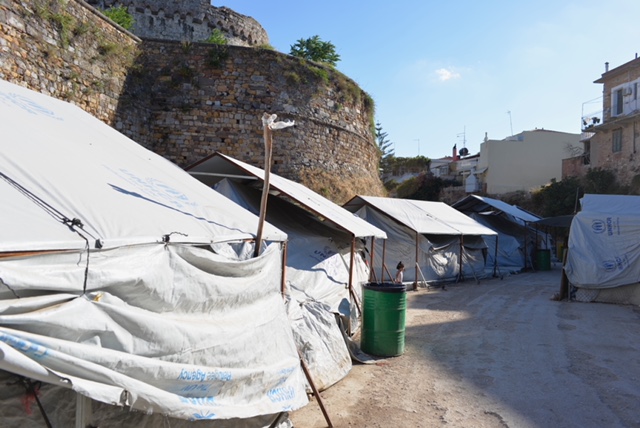 A refugee camp on the Greek island of Chios

Closer to home, Families Relief is the only charity that regularly sends emergency aid to the Greek island of Chios. Abdool’s son, Salahuddin, works with his father as a volunteer, overseeing the management of provisions. Abdool shows me a documentary Salahuddin made: ‘Chios is at breaking point with around 1,000-2,000 refugees arriving every week.’ At the height of the European refugee crisis, the tiny island was coping with 8,000-10,000 refugees.

‘They live like sardines, sleeping on metal trolleys like the ones you find in hospitals,’ says Abdool. ‘My responsibility is to support them and give them hope, as the Greek government and economy can no longer help the refugees.’ The truth is that there is no political will in Europe to improve the situation. He says we are ‘putting the health and lives of all the refugees stranded on the island at risk’.

In Sheffield, Abdool is nicknamed the ‘Father of Interfaith’. He is regularly invited to speak in churches, mosques and schools, to raise awareness on the plight of refugees. It does not matter what faith people belong to, he says. ‘We are all human beings and life is precious.’