Judith Hemming helps people to heal their present through addressing the past. She talks to Aleksandra Shymina.

You are a leading facilitator of systemic family constellations. What are they?

After World War II, the German psychotherapist Bert Hellinger noticed that the children and grandchildren of perpetrators were having the same set of difficulties as the children and grandchildren of victims. He began to see that collective history is as important as personal history and that we have to think about healing in this much wider context. He originated systemic family constellations as a way of mapping an issue in its widest dimensions so that people can find a way forward.

Although we tend to think of ourselves as individuals, our lives are deeply embedded in our context. The most powerful context is the family. Others include nationality, religion and collective loyalties.

Human systems work best when everybody is given a respected place. If people do not have a belonging place, and do not feel included and respected, this damages everybody within the system. Things can find some kind of dynamic healing equilibrium, when everybody has a place and everybody is respected.

On a practical level, people book to come to a workshop. They bring an issue. They choose other participants in the workshop to represent the elements – people, groups or concepts – of the pattern they are embedded in. Through this they find out how they could see the situation differently or act differently so as to feel in harmony with things as they really are.

Everybody in the circle is involved in the process. A family constellation lasts about an hour, but it can go on unfolding for the person who brought the issue over many years. People find a whole re-evaluation of their place in the world.

What you do looks almost magical. How did you come to this work?

When I first saw it I felt that a door had opened to the world as I properly recognised it: a world where past, present and future were completely interconnected, where the stories we tell ourselves become different. It touched my soul. It was more like a spiritual experience than a psychotherapeutic experience.

Twenty-five years ago no training was available: you just had to plunge in and do it. I was already a Gestalt therapist and trainer of therapists, and that helped because Gestalt sees the sense of self as being something we co-create with our environment.

When people reconnect with their ancestral strength and their understanding of how dependent we are on each other, they are able to act more wisely. The atmosphere in a constellation is incredibly nourishing: everyone, no matter how vulnerable, has a place. It is like delicious food for everybody. I often come home feeling I could dance all night.

Are constellations as beneficial for communities as they are for personal issues?

I once did a constellation for a big local authority where people were leaving feeling unvalued, ignored and rejected. It turned out that children in that authority had died unnecessarily because of financial cuts. The authorities were so appalled by their own ethical difficulties that they chose not to look at them. This was surfacing with people having experiences as if they were the children who had been rejected.

When they found a ritual way to recognise the fates of the children who had died, the entire system came into a different level of peace. They were surprised, but they could feel it in their bodies. It was as though something that hadn’t been faced many years earlier was somehow still colouring the organisation today.

Many organisations and communities have experiences they don’t know how to digest, and so later generations feel the impact. As Bert Hellinger says, ‘What we don’t face we pass on, what we face we don’t pass on.’ Younger generations today carry an enormous burden of everything that older generations haven’t faced – climate change, globalisation, inequality, the impact of war, trauma…..
In London, where life is full of anxieties, loneliness, depression, exclusion, constellations can bring people back to the idea that they are human beings together and that problems are best solved when people truly meet. A society is only as strong as its weakest link. Any solution that is bad for some of the people isn’t a solution. 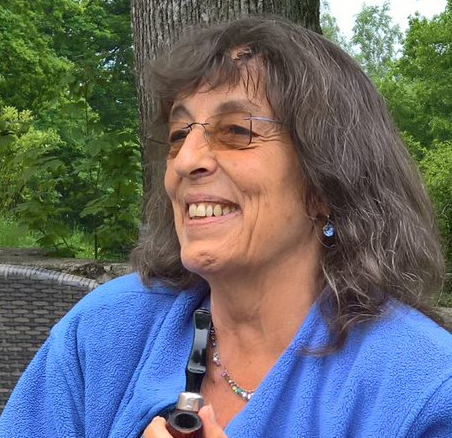 How has this work changed your life?

After I’d been doing this work for a few years I got married. I’d been with my partner for 27 years. But this work helped me understand that if I stood in a ritual space and said, ‘You and no other in sickness and in health’, I would be in the world in a different way. And it was true: that was more than 20 years ago and it really has changed my life.

Applying the teaching has given me a kind of solidity and wisdom and respect for people. I feel in agreement with things as they are and I feel content. It means giving up illusions of right and wrong, superiority and righteousness, looking at people in their essence. I can’t imagine having found this sort of harmony in any other kind of way. It is soul work.

I love the way people can come feeling overwhelmed by difficulties and very often, within a space of a day, go back into their lives with a renewed sense of alignment and contentment. Sometimes constellation is really all that people need: they just need to see the world differently.