Peter Everington looks back on a lifetime’s connection with Sudan.

I arrived in Khartoum, aged 23, in September 1958, on a five-year contract to teach English in boys’ secondary schools. I stayed on for three more years as a lecturer in a mixed teacher training college.

How do you support the peacemakers of a country if you are a young foreigner?

Sudan had won independence from Britain and Egypt just two years before. One of the challenges it faced then, and still faces now as two separate countries, was tension between the Arab Muslim North and the African part-Christian South.

In 1957 Ahmed el Mahdi, grandson of Sudan’s Muslim liberator, became interested in Moral Re-Armament (MRA), as IofC was then known, while studying at Oxford. He reported back to his Prime Minister, who recognised its emphasis on moral standards and personal transformation as an asset to nation-building. In early 1958 the Sudan Government invited two British MRA workers to spend several months in the country.

One of the people they met was a South Sudan cabinet minister, Buth Diu, who surrendered his hatred of the North and became a peacemaker. In the summer of 1958 he represented Sudan at an MRA conference in Caux, Switzerland, alongside a Southern MP and two Northerners, one of whom was Daud Abdel Latif, the governor of a province.

These were some of the people I came to know well over the years. As a very recent graduate, I had everything to learn about the job and the country. A military government took over two months after I arrived, and a few years later the first civil war broke out between North and South.

My greatest resource was an hour of silent listening and prayer before breakfast every day. Selfish instincts could be swept away by thoughts for other people. Standards of absolute honesty, purity, unselfishness and love were a robust guide. Amid the world’s perplexities, I believed, God had a plan, and like everyone else I had a part. The key was to obey any inspiration that came. Sometimes this led to an apology for wrong attitudes, or a challenge to another person.

I discovered that Christians can compare notes with Muslims on the moral issues we both face. This led to friendship with younger peacemakers like Mohammed El Murtada, a civil servant from the North, and Sirr Anai, a Southerner who became a fearless journalist.

Buth Diu liked to bring people from North and South together in his garden after sunset and show them a film about MRA under the night sky. His children’s school friends enjoyed the family atmosphere, as did university students and sometimes senior politicians. I was his projectionist, and it was exciting to see Sudanese together in a common cause.

Years later, at a critical moment in 1971, Buth Diu and Dr Murtada presented a plan for peace between the North and the South to the government. In the Addis Ababa Peace Accord of 1972, President Nimeiri of Sudan and the Southern rebel commander Joseph Lagu justly won praise for their statesmanship. Later a Sudanese ambassador told me that MRA had helped to lay the foundations for peace. 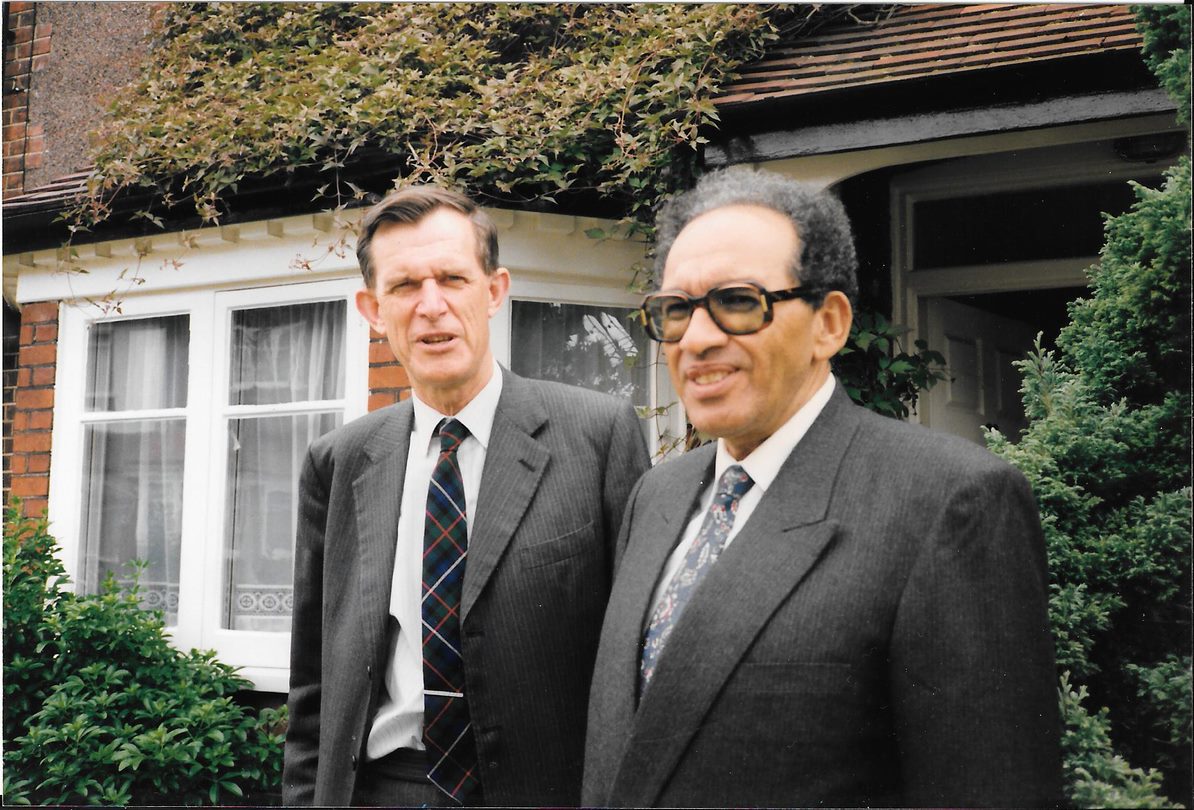 Sadly a second North-South war began in 1983. At that time Joseph Lagu was Vice-President of Sudan. In 1985 the government was overthrown and Lagu found refuge in the UK with his wife and four children under 12. My son was seven and our families became close friends over the next 15 years.

Lagu’s peacemaking in 1972 had been triggered by a sense that God wanted him to free some Northern captives, whom his comrades wanted to kill. After the war he had brought development to the South, and built comradeship with Northern generals he had once fought against. In the years after he left Sudan, he spoke about his experience of reconciliation in 18 countries, from El Salvador to Cambodia, at events arranged by MRA.

In the decades since I taught in Sudan I have made 25 return visits, in a voluntary capacity, to support the peacemakers. Each generation has to produce new reconcilers.

Recently the family of Daud Abdel Latif asked to publish my photos and memories from the 1960s. This gave me the chance to write about my Sudanese friends, and the lessons I had learned among them. The result was a large book, in English and Arabic. In December 2017 my son and I were guests at its launch in Khartoum, a happy reunion with former students and other friends.
In the Bible the peacemakers are linked to the humble, the sensitive, the merciful, the pure in heart, the searchers for what is right, and those who suffer persecution along the way. The art of life is to be at peace with the Almighty in all these areas. That way we support the peacemakers.