The power of availability

Darren Hildrow tells Michael Smith about the unlikely friendship which transformed his life.

As a 24-year-old, Darren Hildrow was ‘a hedonist on a downward spiral of drink, drugs and sex. I would drink to forget things I had done while drinking and grew to loathe the person I had become.’ Now 42, and the Managing Director of the jewellery arm of an international fashion house, Darren puts his change of direction down to his friendship with Stanley Kiaer, businessman, mentor, father figure and friend to all those who passed through the doors of the Initiatives of Change centre in London.

Darren and I are, appropriately, talking in the vacant top-floor flat of the centre that was Stanley’s home before he died in November.

Darren told the story of their friendship in a moving address at Stanley’s memorial service. ‘I had travelled the world to try to escape myself but when you travel the person who tends to come with you is yourself. I tried every which way to change – Buddhism, Taoism, every self-help book Waterstones bookshop could offer. Nothing worked till I met Stanley.’

During a back-packing journey through Western Australia, Darren had girlfriend trouble and became suicidal. He smashed up his caravan and ran towards the sea wanting to end it all. Falling on his knees on the grass he cried out to God. To his astonishment he heard a clear voice in his head: ‘Everything is going to be fine.’ It was a transforming experience: ‘I went from being suicidal to being elated with complete joy.’

Yet, as he found on his return to London in 1999, there were no deep roots to his new beliefs. The crop withered and he returned to a life of sleeping around and drugs: ecstasy, speed, LSD and marijuana. ‘I went completely off kilter again.’

The next year, a friend introduced him to Stanley. They seemed to have nothing in common. Stanley, over 40 years older, was ‘posh’ and Cambridge educated. Darren was an Essex boy who had studied textiles at Manchester Metropolitan University in Crewe. Stanley’s relationship with alcohol stopped at sherry trifle, while Darren was out drinking almost every night and partying hard at weekends. ‘Yet Stanley had a humility, warmth and childlike spirit that rendered all of those possible barriers completely irrelevant,’ says Darren. ‘He had a God-given gift that enabled him to enjoy and serve an extraordinary variety of people.’

Darren and another friend asked Stanley if he would lead a group of young people in Bible study. Darren’s father had led a charismatic house church in their Essex village which had petered out when Darren was six years old. He had not graced the doors of a church since then. Nonetheless, a seed had been sown in his consciousness.

The group meetings led on to one-to-one talks between Darren and Stanley. Darren said: ‘I would like to know more about Christianity.’

‘Ah, how interesting,’ said Stanley, without committing himself. Two weeks later they met in Stanley’s flat and he asked Darren if he would consider studying the Bible with him. He had never given Bible study in this way before and, says Darren, ‘didn’t know me from Adam’.

They agreed to meet every two weeks to study St Mark’s Gospel. At the end of their first meeting, Darren asked: ‘This is so great. Can we meet every week?’ They did so for the next 17 years until Stanley’s death, meeting for breakfast or dinner or after church on Sundays. 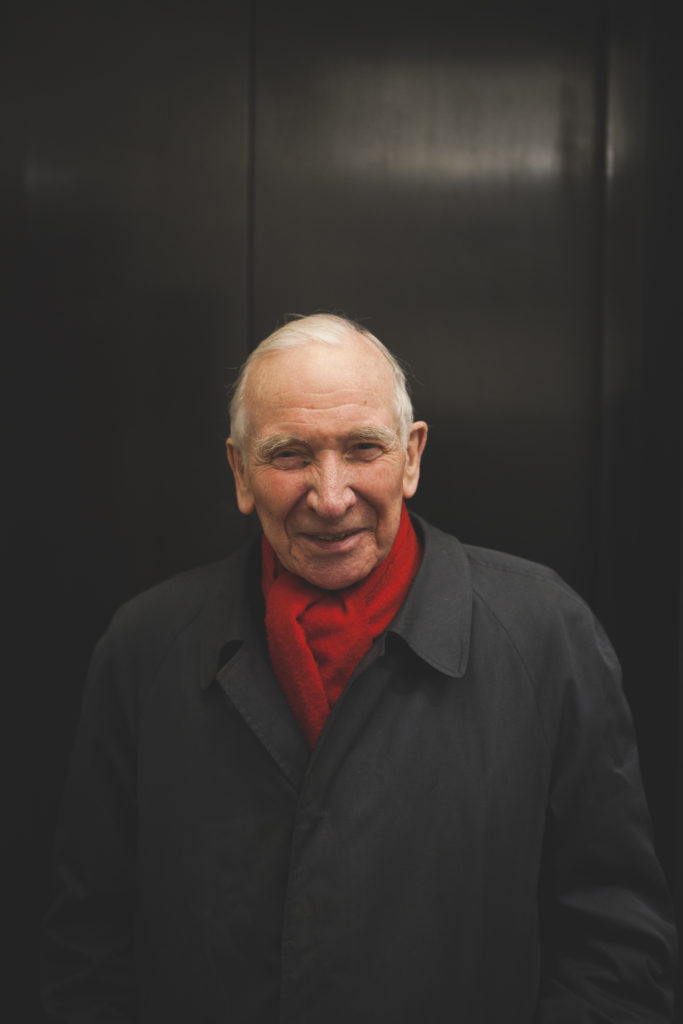 ‘After six months I’d stopped drinking, taking drugs and sleeping around,’ says Darren. ‘I was baptised and gave my life to Christ.’ He speaks of the God-shaped hole in our lives, which we try to fill with things that are not of God. He joined the London Student Mission of which Stanley’s son Ian is also a member. ‘One of Stanley’s key phrases was, “You must pass it on”.’

Through his church he met his wife, Hannah, a former banker. They now have three young children.

‘Stanley completely transformed my life,’ says Darren. ‘I went from someone without hope, direction, vision, to someone who found joy, peace and vision for life. Stanley’s quality was that he was a father. We are in a society now where people need fathers and mothers more than ever because the family has become so broken.

‘We need huge numbers of people who are willing to listen and talk and care. Stanley’s quality wasn’t that he had great ability but he had great availability. He had a great sense of fun; there was no judgement. None! He genuinely cared.’