Sehadet Ekmen has an unusual approach to helping refugees deal with the trauma of war. Yee-Liu Williams finds out more.

It is 5am, a Tuesday and a bleary-eyed Sehadet Ekmen is catching her weekly flight from Istanbul to Ankara, where she is doing a Masters in Peace and Conflict Studies to add to her Masters in Cognitive and Clinical Neuroscience from Goldsmith’s, London.

The 30-year-old neuropsychologist established the Psychology Education and Negotiation (PEN) Academy in Istanbul, to offer family therapy and counselling to children and young people. She is also the champion of an unlikely source of therapy: hand cream massage. She is trialling this with Syrian women and children in the refugee camps near the Turkish border and says that the power of touch has been transformative.

Sehadet started volunteering in the camps through her involvement with the Global Migration Research Centre of Ankara University. This university was part of the initial stages of an Erasmus+ Strategic Partnership project, Cross border Intercultural and Societal Entrepreneurs, which is developing training resources for adult educators of migrants and refugees. She is also a part time lecturer in psychology at Uskudar University in Istanbul.

She was gripped by a ‘burning inside’, she says: ‘I needed to do something about the refugee crisis, but I didn’t know what and I didn’t know how.’ During her semester breaks, Sehadet and other volunteers regularly visit refugee camps on either side of the dangerous Turkish-Syrian border. Later this year they plan to treat women in Idlib, Syria, with neuropsychological therapy.
In 2015, she gave up her comfortable lifestyle to fund her further education and to work with the refugees. She reflects, ‘If I don’t go to the camps, I could earn more money but I would lose all connection to myself.’

The idea of the hand cream project came to her one day when she was playing with her nephew. His squeals of delight reminded her of the importance of touch. ‘He just loved it,’ she says. As a psychologist, she knew that touch can be therapeutic when somebody is depressed. She wondered if there was a way of trying this in the camps.

‘When I get an idea, I do it and it doesn’t matter if it works or not,’ she laughs. She told her team of volunteers, ‘Ladies, we are going to the borders to give out hand cream.’ The response to this ‘crazy’ idea was mixed. ‘Are you mad?’ some asked.

She rallied her friends and family to donate hand cream and travelled to the camps and orphanages with two large suitcases, containing 500 tubes and tubs of hand cream and wet wipes. It was a slow start: ‘I sat on the ground and a couple of children sat with me.’ Then more started coming and asking, ‘Please put hand cream on me.’ 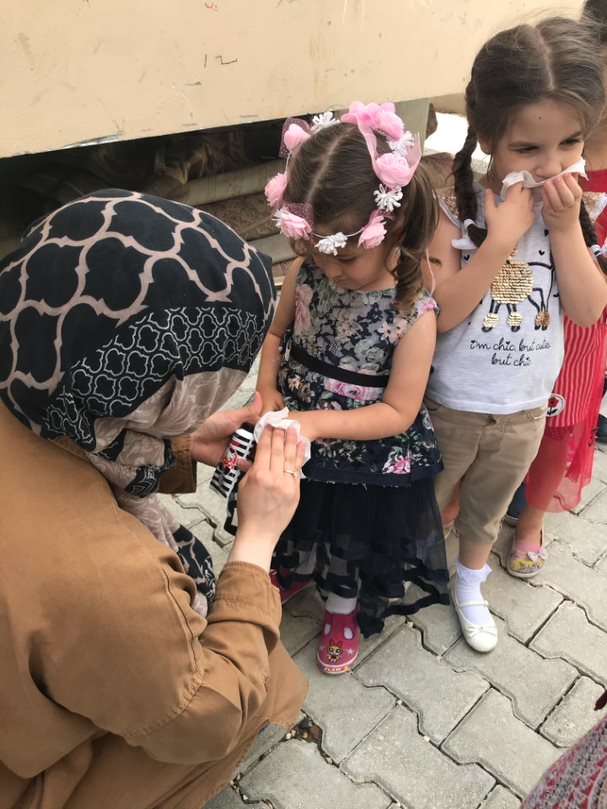 That day Sehadet and her team applied cream to the hands of well over 400 children and 50 mothers, amid much laughter. ‘It was the first time they felt valuable,’ she says. ‘It’s a very simple but interesting project.’

In the border camps, some 24,000 displaced Syrians and Iraqis live in containers. ‘You are struck by the number of orphans,’ she says. The camps also include two refugee schools and other services. Water and sanitary conditions are challenging, especially for women.

Most people cannot comprehend the mental trauma these women have had to go through. Some have been raped in front of their children, after their husbands have been brutally murdered by the same soldiers. Their mental health issues are exacerbated by their lack of choices. ‘If you have choice you can go anywhere and do anything,’ she comments. The women need to find jobs outside the camps, which will integrate them into the community. ‘Language is the biggest barrier to integration.’

The orphans are psychologically scarred. She describes an 11-year-old boy who was pulled from the rubble after a bombing, which killed the rest of his family. Almost one million children in Syria have been left without parents: most have no father. When you approach them, ‘there is no laughter’ or response. ‘Orphans don’t easily trust and are unable to communicate,’ she adds.

She advises her helpers to be strong: ‘You can cry all you want before you go to bed, but not in the refugee camp and not in the schools. You are finding an answer to why you are in this world.’
A month after her experiment with the hand cream, Sehadet went back to the camp, curious about its effect. When she arrived, the children recognized her, and over a hundred came running up to her, wanting to be hugged. One of the aid workers told her that it had been like a miracle in front of their eyes, as the children and mothers had started to talk.

Sehadet is convinced that if you are daring and strong even the simplest ideas can bring about big change. ‘I believe that anyone can make a change,’ she says. The hand cream project proves it: ‘when I looked into their eyes they were laughing’. 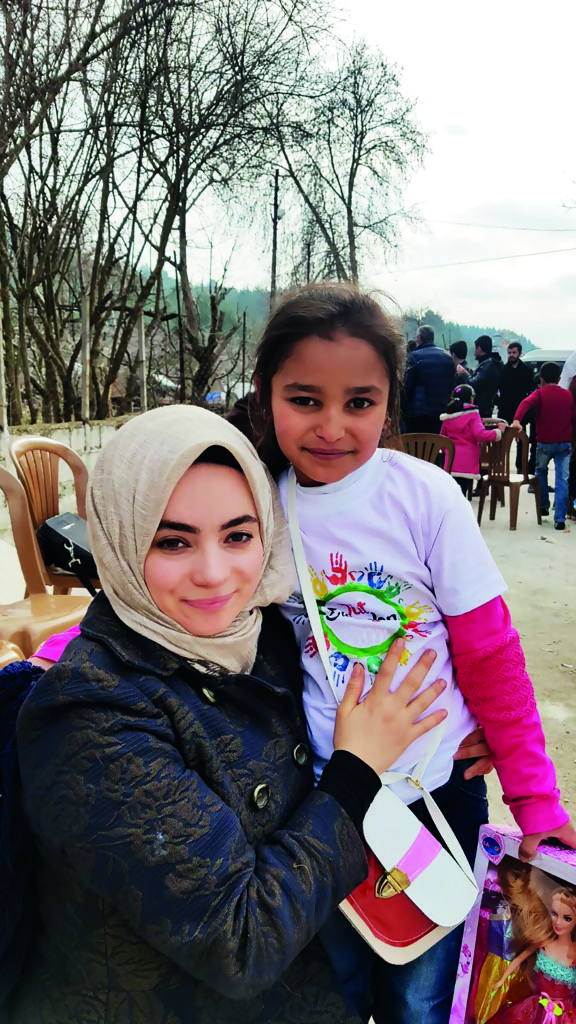