There is a right and a wrong

We meet on a sunny morning, on the terrace of the Royal Festival Hall overlooking the Thames. Siobhan Benita, the Liberal Democrat candidate for London Mayor, is looking forward to a day’s campaigning in a by-election in Lambeth.

This will be Siobhan’s second mayoral run since she gave up her high-flying Civil Service career in 2012 to run as an independent. At the time of the decision she was a senior figure in the Department of Health. The new Secretary of State, Andrew Lansley, was proposing plans to fundamentally change the NHS. ‘For the first time in my career, the policy that I was being expected to implement hadn’t been put to the public.’ 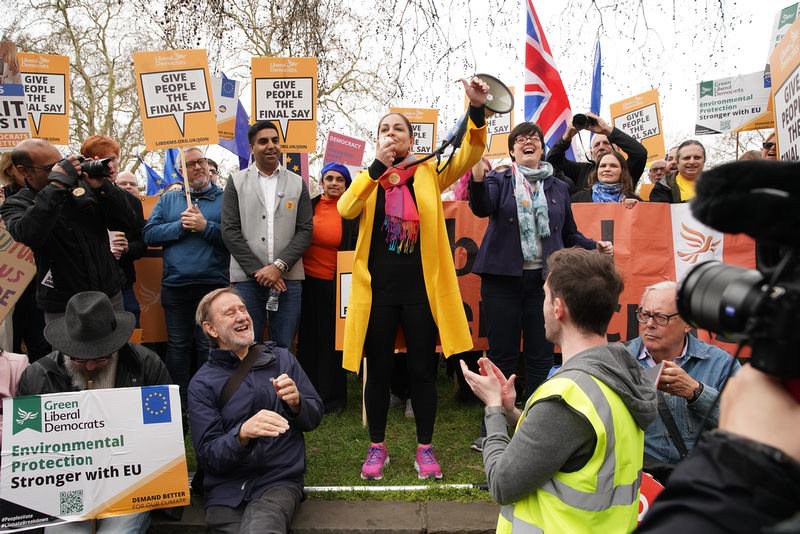 When she joined the Civil Service, Siobhan knew that at some point it was likely that she would have to implement policies with which she did not personally agree, ‘but you’re doing it because that’s the democratic system’. This felt different: ‘The NHS reforms weren’t in the manifesto, they had kind of slipped in without anybody knowing. To me that was a real conflict of values and I didn’t want to be part of that system any longer.’

Leaving the Civil Service is not so unusual, but what Siobhan did next certainly was. Independent politics is a tough choice, with little financial or organisational support. What was her motivation?

‘Working so closely with ministers and seeing that system becoming increasingly dysfunctional worried me. You can sit back and go, “It’s so awful, I don’t want anything to do with it.” Or you can look at yourself. I thought: you have some experience, which could be useful. You’re always saying we need more women in public life. So why are you not giving it a go yourself?’

As a Civil Servant, Siobhan was barred from party political activity. That meant standing as an independent was the natural option, although she recalls many obstacles. Having demonstrated the same level of support (and put up the same deposit) as a party candidate, she was not entitled to the same media coverage or party political broadcasts.

She remains convinced that strong, independent candidates are valuable in bringing different perspectives. Even so, on the morning of the referendum result she joined the Liberal Democrats. ‘It was a realisation that everybody who shares pro-European and global values should be working together.’

The conversation turns to Brexit and the impact it has had on the country. I suggest that the remain side is seen as either patronising or blaming those who voted to leave. What can we do as individuals to get away from the perception that one side must be right and the other wrong?

Siobhan is not convinced: ‘I do think there are some issues where there is a right and a wrong.’ She recalls a speech by Barack Obama in South Africa the previous year, in which he said, ‘The denial of facts runs counter to democracy. It could be its undoing. Too much of politics today seems to reject the very concept of objective truth.’

‘What we can all do,’ says Siobhan, ‘is remember that the tone and language we use are hugely important. We’ve allowed and normalised words like “traitor” that should never be thrown around lightly. We need to be more cautious about the things we share online. For example, the evidence shows that the more you share images of knives online, the more young people get scared. Then a 14-year-old boy, who has never picked up a knife in his life, goes, “Oh, my God, everybody else on my estate is walking around carrying one of those, I really need to pick one up”.’

This leads on to the aggression that women MPs have faced recently. ‘The good thing is they are calling it out,’ says Siobhan. ‘They’re not accepting it any more. Women politicians will flag up the abuse they get and will prosecute. So, hopefully, we’re going through a time where it’s all being brought out in the open, and once we get through that it will get better.’

Siobhan sees a link between attacks on female politicians and the national mood. On the morning of the referendum result you could already see there was going to be conflict. Once you unleash that kind of divide, and give a platform to the populist far-right, ‘you can’t easily put it back in the box’. They’re never going to be happy because no outcome will ever be extreme enough, she adds.

‘I think what we’re seeing at the moment is a last-gasp attempt to cling onto control by people who are scared of a future where there’s diversity, where many of the old ways will be irrelevant. We just need to keep up our resilience and show some stamina, and we will get there.’

She is convinced of a brighter future ahead: ‘We have a smart public who can see through fake news, the attempts to feed people’s insecurities and worries. So many young people now are forcing change, forcing public leaders and politicians to take note. I don’t think our politicians (and I include myself) have yet understood the completely different way in which young people view the world. They give me hope.’