Unlocking the pearl inside

Tsegga Medhin Seyoum is passionate about empowering girls through science and technology. She talks with Yee-Liu Williams.

Tsegga Medhin Seyoum places a pair of pearl earrings in the palm of my hand. ‘Being valuable is one of the most important elements in humanity,’ she says. Like a pearl ‘we all go through the various impurities in life’ and at some point ‘emerge transformed and valuable’.

Tsegga is the founder of the Pearl Leadership Institute (TPLI), based in North Carolina, which educates and mentors girls in STEAM (Science, Technology, Engineering, Arts and Maths) careers. ‘When girls can serve themselves better, they can better serve their communities.’ Each year, the institute sponsors three summer camps for 60 girls from marginalised communities. She comments: ‘We value science, because that is where the living wages are.’

The institute is named after her sister, Lul, whose name means ‘pearl’ and who lives in London. ‘She is one of my biggest pearls,’ she smiles. The institute is a leadership forum ‘amongst sisters’ and aims to help young women ‘unlock the pearl inside’. 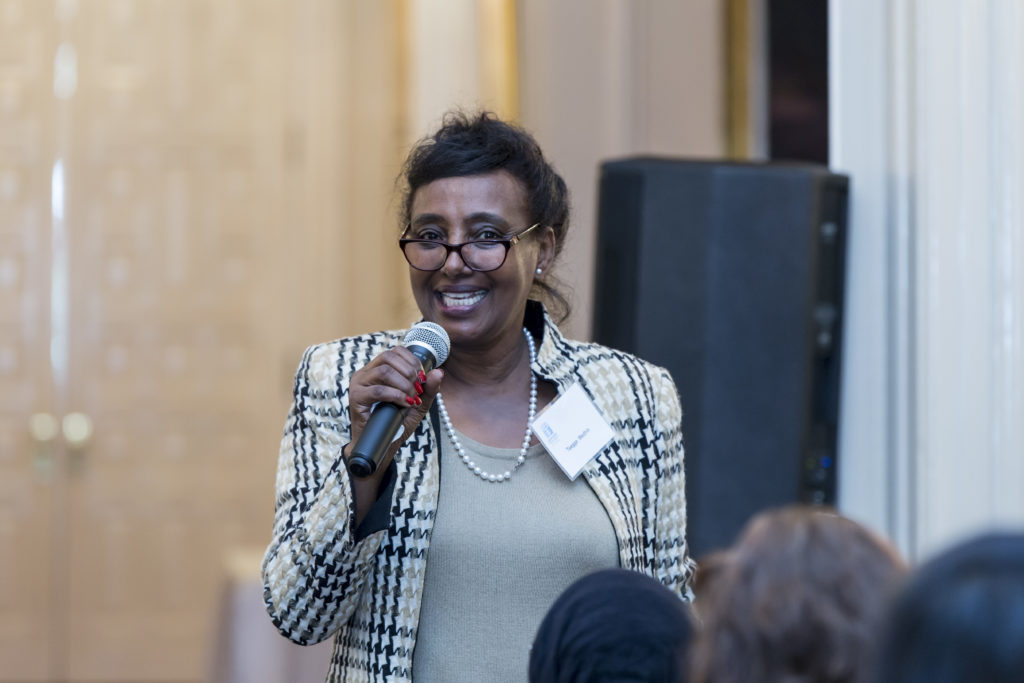 Tsegga says her commitment to community service and empowerment was her ‘parents’ gift’ to her as a child growing up in Eritrea (then part of Ethiopia). Her father had a deep awareness of women’s potential and contribution to society. Each Saturday, she and Lul visited their local community centre to distribute milk formula to mothers and children in need.

Her mother’s resilience, wisdom and humility earned her the family name of Embeytey (our queen). She taught her daughters three key values that are at the ‘core of our being’ – ‘to give back’ (life is not about receiving at all times); ‘to stand up’ and be a life changer; ‘to listen’, also to what is not being said, so you can engage and disarm your critics wisely.

In 1977, Tsegga fled Eritrea, which was then engaged in a 30-year struggle for independence from Ethiopia. ‘Dad was in prison and far away from home. It was rough and tough.’ She remembers her desperation to make sure none of her family could be connected with her escape, for fear of reprisals. ‘I left alone with a box of pictures in my hand.’

Tsegga was granted political asylum in the UK and, in 1981, she moved to the US and did an MBA in Women’s Leadership from UCLA. She worked for IBM for 20 years and volunteered in Tanzania as part of the company’s corporate social responsibility plan. Working with children who had ‘far less than any of us’ convinced her that her path lay outside the corporate world. ‘I knew there was something bigger than myself that I could achieve’. 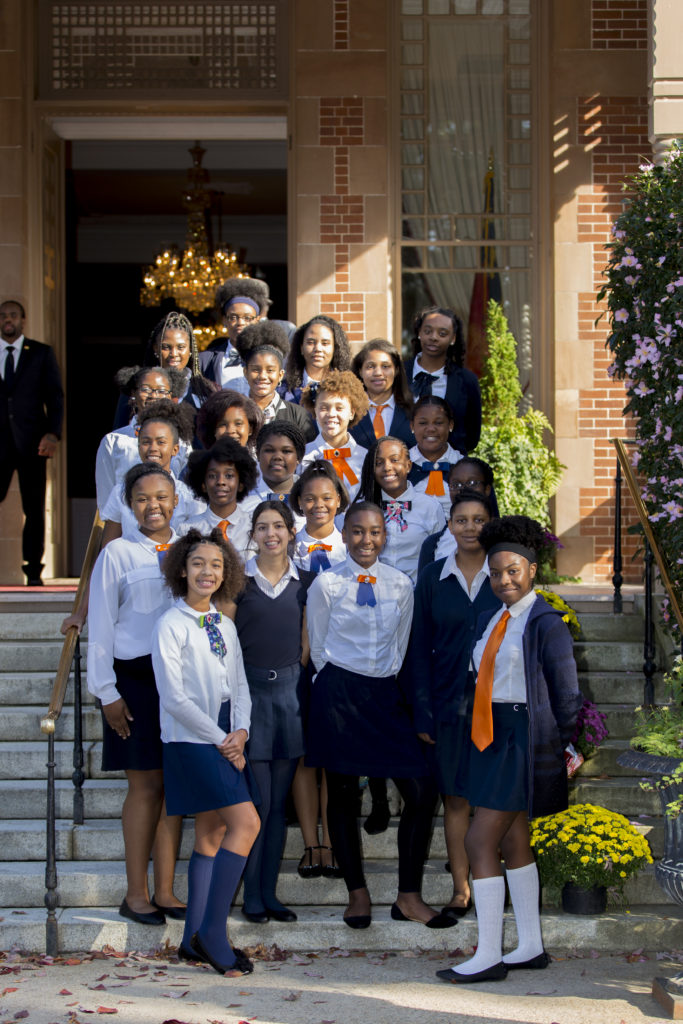 She now describes herself as a ‘global relations expert’, a speaker and consultant on societal advancement in corporate social responsibility worldwide. In 2013, she was awarded the President’s Volunteer Service Award. In 2015, she was invited to address the UN’s 2030 Sustainable Development Goal (SDG) Strategy Plan on the eradication of poverty for women and girls. Of the 17 SDGs, she says that SDG 4 (quality education) and SDG 5 (gender equality) are the ones to which she relates most strongly. ‘By empowering women we can bring about a sustainable socio-economic transformation that begins with self-value,’ she says.

She has seen a lot of lip service paid to hiring women so as to have a great ‘score card’. But there is more to gender equality than this, she observes. She challenges all women to face up to pay disparity. ‘Women’s empowerment and pay equity is not only the right thing to do, but the economic thing to do,’ she says, quoting a McKinsey Institute report which says that it could add 12 trillion USD to the global economy.

She acknowledges what the #metoo movement has done to raise awareness and stimulate discussion about gender issues. ‘However a longterm strategy is needed to permanently break barriers to gender equity. We must also educate parents as to how to raise our boys so they can become champions for change. I want women and men to become part of the conversation on women’s issues. When we include everybody, things start to happen.’
She is adamant that equality is more than equal pay and righting the injustices. It is also about the way companies govern themselves. ‘I see so many people saying a lot of things and not doing anything,’ she says. ‘We have to move from a think tank to a do tank.’ 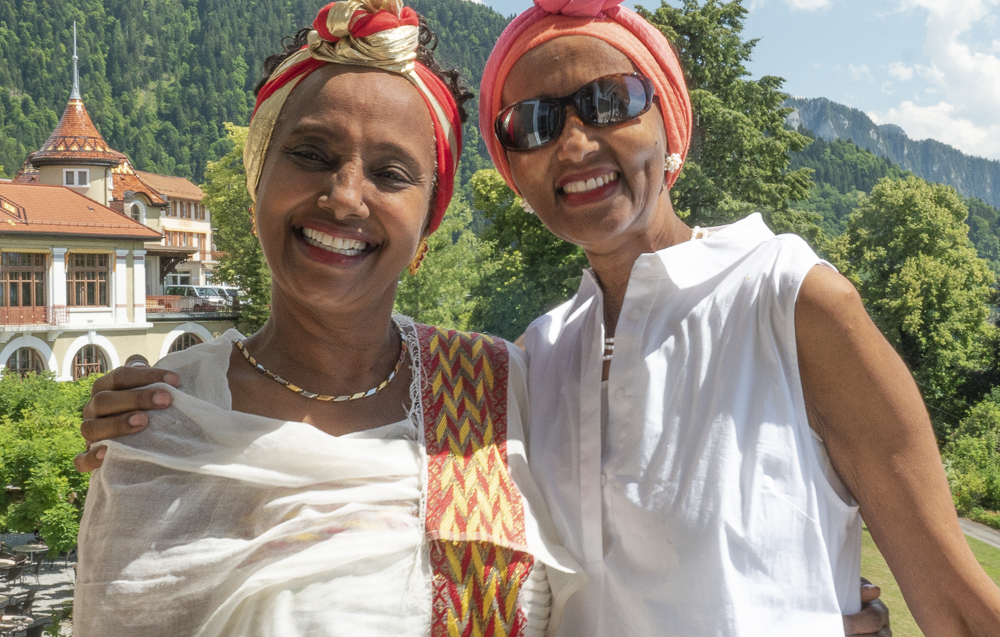 She sees empowerment as a national security issue, as well as an economic development issue. ‘Unlocking the pearl inside girls and women is needed to move us from tweets to the streets, from echo chambers to the chambers of congress, senate, courts and the White House. That is the essence of empowerment for people, peace, prosperity and the planet.’