What is Sakira doing in the police?

Sakira Suzia is not your stereotypical police officer. She talked to Pam Jenner.

Sakira Suzia was just 15 years old when she and her twin sister were beaten up by a white women in an East London street as they walked home from school. When Sakira’s elder sister took them to the police station, the white officer refused to report the incident.

‘He told us it was normal for people in our community to be involved in incidents like this and we should get used to it,’ said Sakira, who is a Muslim of Bangladeshi origin.

‘I was so angry. I told him, “How dare you. You watch, when I grow up I’m going to be a police officer. No one deserves to be attacked, regardless of what their background is or where they are from.” ’ 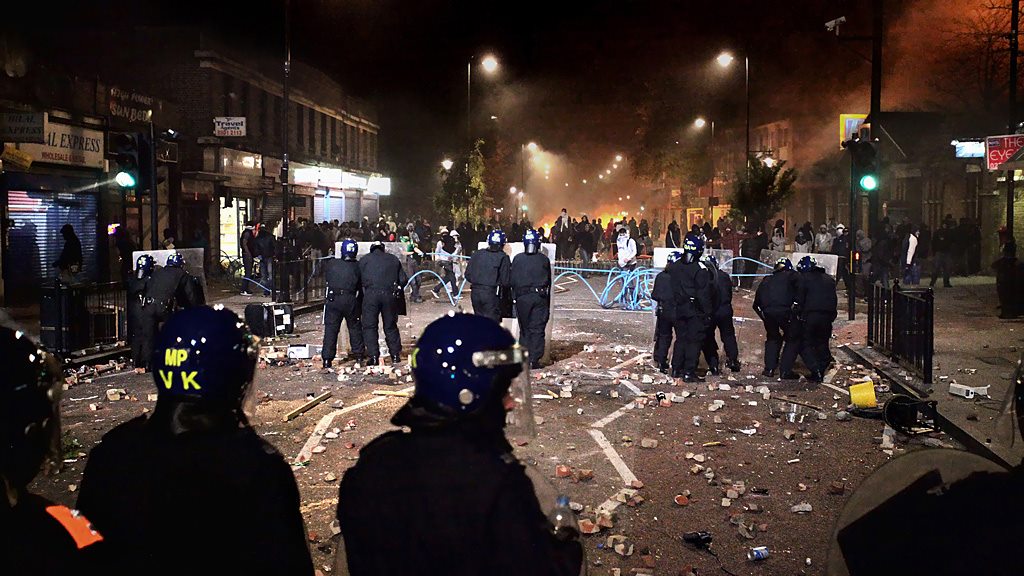 The Tottenham riots in London in 2011, where Sakira Suzia was in the front line

Ten years ago Sakira, 34, kept her promise and joined the Metropolitan Police. She now plays a major role within her community, building trust in the force and working with young people on a restorative justice programme in Islington, where knife crime is rife.

Although violence is increasing, particularly amongst the young, Sakira is convinced that there is hope for the future.

As a young child, Sakira lived with her parents, four sisters and brother in Tower Hamlets where the far-right British National Party had a high profile. She said: ‘We were very scared to play in front of the flats, but it felt wrong to be scared.’

When she was 11, her family moved to Newham. Although it was slightly more diverse, it was not much safer and it was there that Sakira and her sister were attacked.

Sakira’s interest in the police grew when she studied criminology and psychology at Westminster University. At the same time, she joined the Officer Training Corps of the Territorial Army (TA).

‘The TA was populated mainly by white, private school, rugby-playing men,’ she said. ‘I didn’t fit in. I found the Islamaphobia a challenge, however it drove me to learn more about my religion and culture.’

She was aware that the police force also lacked diversity: ‘If you are black, ethnic and join the police you will be seen as a traitor. I didn’t tell the people from my community that I had joined. It’s not something they would have accepted and it could have brought danger to my family.’

Fortunately, however, attitudes are changing: ‘Young Asian boys still think I’m a traitor, but the older ones feel proud of me.’

Her career in the police has certainly been eventful. In 2011 she was on the frontline during the Tottenham riots, but the following year walked through those same streets escorting the Olympic torch relay team.

Because she understands and is trusted by ethnic minority communities, Sakira puts herself forward to deal with terrorist incidents such as last year’s Finsbury Park mosque attack.

‘It upsets me that the Finsbury Park community has been the victim of attacks for years but has never reported them,’ she said. ‘Muslim women are frightened to go out but we have now devised a way for them to talk to me so that we can help them.’

Sakira believes in restorative justice and, with the help of Initiatives of Change’s Women, Leadership and Sustainable Change programme, has researched projects involving young offenders in South Africa and the United States, writing a report for the Winston Churchill Memorial Trust.
Today she is part of the Youth Offending Team in Islington, working with gang members to ensure they stay away from courts and the prison system. Projects include setting up clubs where young people can learn a skill, such as boxing or martial arts, and help to combat their anger.

She is not only interested in helping people in the UK. In 2016 she and one of her sisters went to Greece to help Syrian refugees. Along with fellow aid workers she formed a group called Insaaf, which is Arabic for justice, and this year it became a charity, providing refugees with food, clothes and shelter.

Recently Sakira took part in a half marathon in Bethlehem, running alongside three of her sisters to raise money for Palestinian orphans.

‘We all have a responsibility to help each other,’ she said. ‘I do this in the police but I don’t want to be stuck in one place. We are all different for a reason and if we don’t challenge ourselves and put ourselves out there, we won’t ever learn.’