What would Gandhi do?

Professor Rajmohan Gandhi is a historian, biographer and former President of Initiatives of Change International. On a recent visit to the UK, he talked to Davina Patel about his grandfather, Mahatma Gandhi, and the challenges of building trust in the world today.

Q: We can see our world at a crossroads. How can individuals stay strong and resilient?

It seems to me that once we have made that sacred decision to play a responsible part, there can be no going back. There are bound to be setbacks. Life is not about short-term successes. Life is about continuing to do what you believe to be right, whether or not the results are immediate or adequate.

I’ve been on this road for 61 years now. I’ve seen lots of setbacks. I have seen wonderful advances. But the thought of quitting has never entered my mind, because, as a young person, I decided, ‘I will do what I believe to be right. I will do what the inner voice tells me.’ Is it God’s voice or not? I can’t be absolutely sure. I weigh, I consider, I reflect – but when I feel that a certain step is appropriate, I want to take it. So, when people ask about how to remain committed in a difficult world, I would say: think of your own decision, then think of many others who have stuck to the road. Everyone has to struggle. If struggle is also our lot, why should we be surprised? 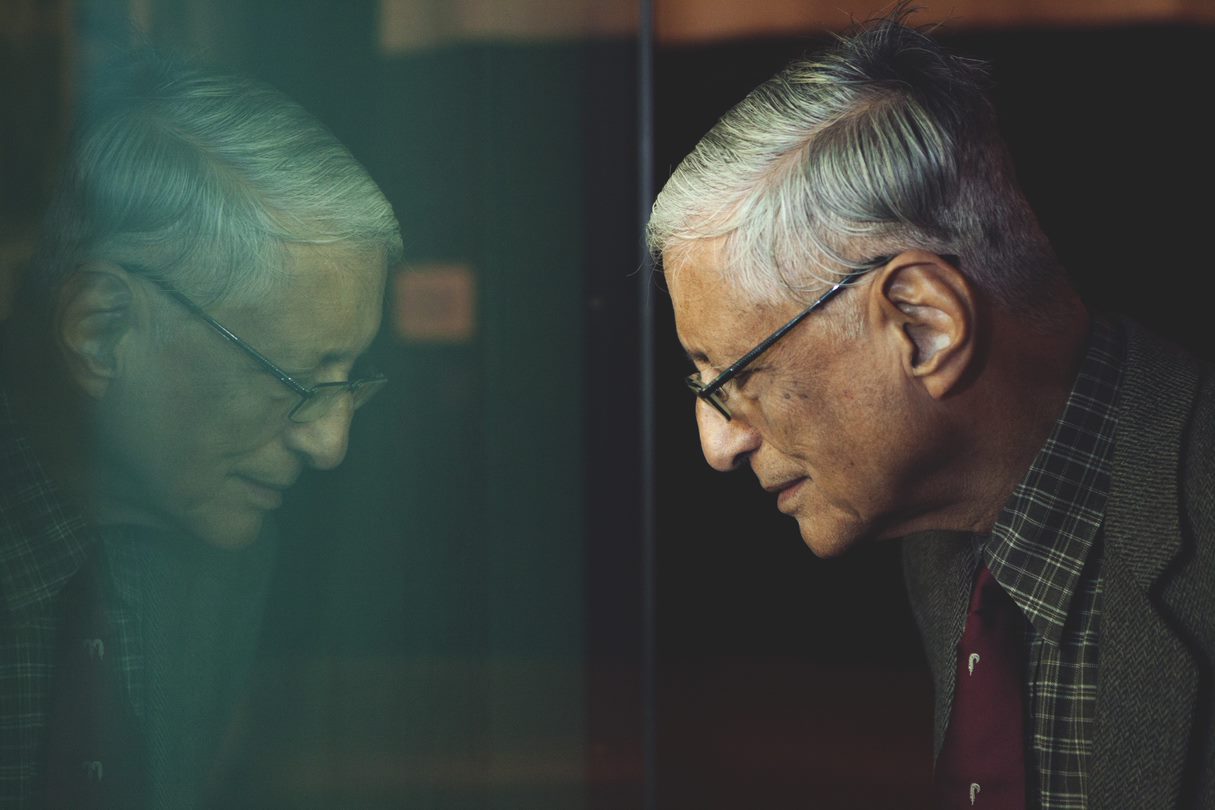 Q: Your grandfather was assassinated when you were 12. What are your memories of him?

For the last two years of his life, 1946-8, he spent much of his time in New Delhi, where I was at school. I saw a good deal of him. There wasn’t much one-on-one conversation between him and me: he wanted to regard everyone in India as his family. It was a time of great tension, of Hindu/Muslim violence and clashes.

For most of his life, he held a multi-faith prayer meeting at 5pm every day, to which anyone could come. My siblings and I would walk with him to the prayer spot. There would be a lot of teasing and banter during this walk. But as soon as we reached the prayer spot, we had to become serious. We would take part in the prayer with him, listen to his remarks and then walk back with him, again chatting light-heartedly.

What was interesting to me was his reaction when some angry people objected to the prayers including verses from the Qu’ran in Arabic. He would ask if they knew what the words meant, which, of course, they did not. He would ask others present if they objected, and most would say of course not. He would ask the protesters to please withdraw their objection. Normally they did. If they did not, he would say that he would  not have the Hindu text either. He would then proceed straight to his remarks on what was happening in the country or the world.

I could see that some people were not happy with his efforts. They were not willing to put their anger aside. I would ask myself, if these people were to attack him, what would be my duty? How would I protect him?

I also observed that he spoke in a friendly, civil manner to people who were angry. He did not yield to threats. He did what he believed was right. This was something that I absorbed: one can be cordial and stick to one’s convictions, even if others strongly object. 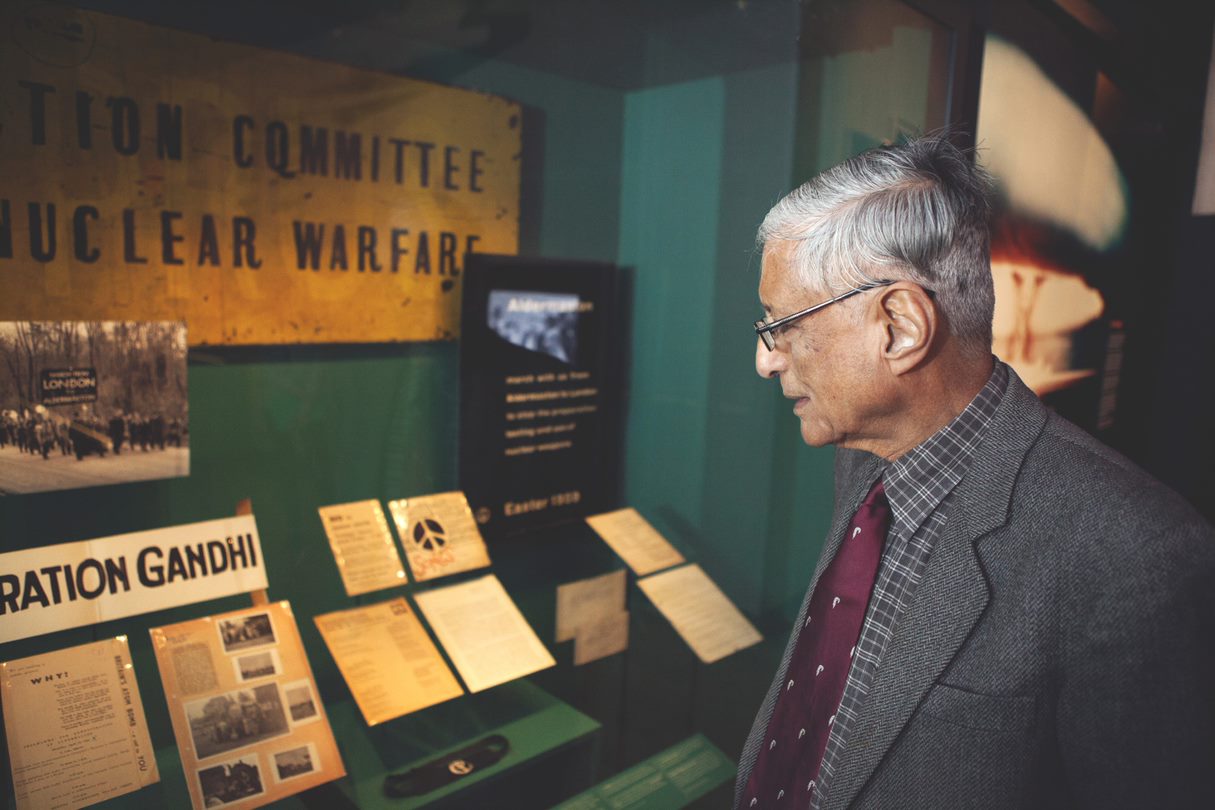 Rajmohan visits the People Power: Fighting for Peace exhibition at the Imperial War Museum in London. The exhibition runs until 28 August 2017

Q: What influence has your grandfather had on you?

He worked for India’s political freedom and for friendship and reconciliation amongst India’s different communities. He wanted the better-off people in India to be concerned with the very poor people. These goals are still very necessary in India, even though politically India is free. I am proud of to be part of that effort.

Q: If you were interviewing Gandhiji today, what would you ask him?

Gandhi was killed 70 years ago. He achieved a lot, but he didn’t solve all the problems of his time and certainly not of ours. To go to him for answers to today’s troubles seems to me to be irresponsible. Why should Gandhi tell us what to do today? We should discover some solutions ourselves.

But, yes, it’s a subject for curiosity: ‘What would Gandhi do, if he was around today?’ I would like to hear his assessment of today’s changing world. He was an environmentalist, ahead of his time. I would like to ask him what he thinks about China, India’s great neighbour: Indians and Chinese know much more about the rest of the world than they know about each other. Then there is Africa and Latin America.

He had this idea, that everyone should spin their own thread and make their own cloth. He wanted to empower old people, women, unemployed, children – everyone could do something with their hands with the spinning wheel. I would ask him what is the equivalent for today. Is it the smart phone? Or something else? 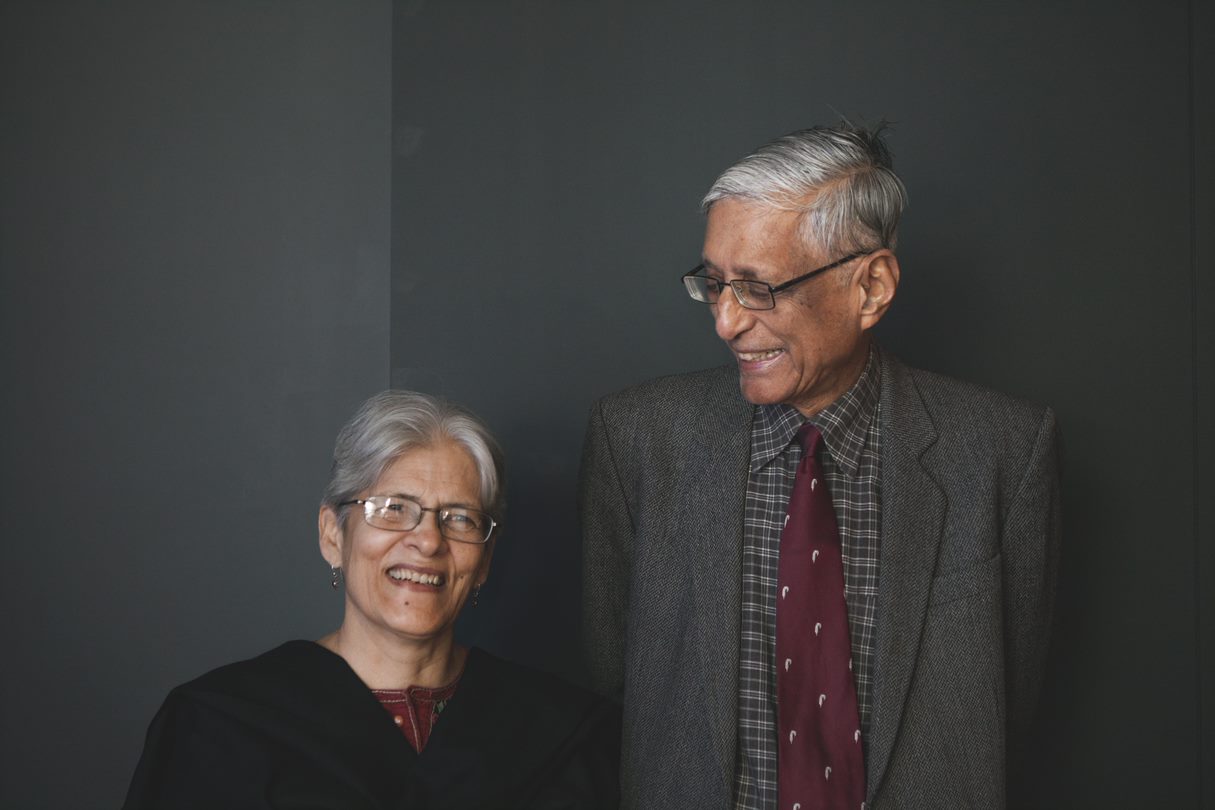 Q: Gandhi said: ‘India cannot cease to be one nation because people belonging to different religions live in it… Those who are conscious of the spirit of nationality do not interfere with one another’s religion.’ This is not only true of India but the world. How do we move towards a more tolerant society?

Gandhi did confront the issue of different races, religious  groups and nations. He totally rejected the idea that nation and religion could be synonymous. He felt that a nation where Muslims were the majority could also be a nation for everyone. He felt that a nation, like India, where Hindus were the majority, was a nation for everybody. He clearly separated religion from nationhood, and in this he was relevant also to our time.

Q: What are the building blocks of peace and how can individuals play a part?

I think listening is crucial: a willingness to understand the other person’s situation, history, pain, need, aspirations, and then perhaps to encourage the other person to do likewise with others.

We get angry with one another and with other groups. If this takes place, what is the next step? We can’t achieve too much without listening. We need dialogue, not to try to prove our point of view or insist that our feelings are absolutely justified, but because the other person’s feelings may have some ground and basis.

Q: What do you see as the future of Europe and the UK?

I’m aware that here in the UK there is great division about Europe and Brexit. I’m too wise to recommend to the British people what they should do. But I would say that some real honesty is called for. Are the problems we face today really because of some other country? Because of people from other countries? Are some other people really much worse than we are? When we’re honest, we know that that blame based on race and nationality, on outsiders and insiders, doesn’t hold water. We are all responsible for the good things and the bad things that happen. No nation, race or religious community should build its future on finding flaws in some other group. 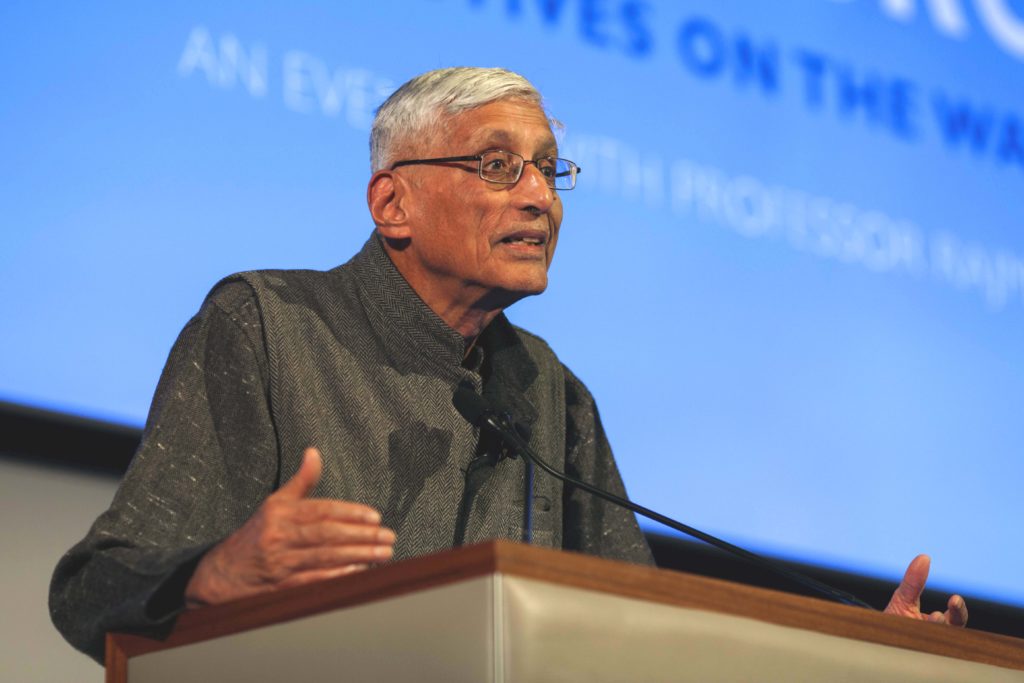 Q: What advice would you give to the next generation of changemakers?

Study what is happening around you. Apply your mind to identifying the real problem. See what is the best way is to address it. If your friends and colleagues elsewhere have achieved some effectiveness, study that and see if  you can apply it. Don’t expect immediate results, success is not your aim. Hope for results, pray for results, but do not seek satisfaction from publicity, from success or applause.

Rajmohan Gandhi’s speech at the Our World at a Crossroads event in London on 20 April is available online.