Yee-Liu Williams meets an ex-bouncer and part-time Methodist preacher, who believes that celebrating gang culture could be an answer to inner-city crime.

The founder and director of United Estate of Wythenshawe (UEW), Greg Davis, knows what it is like to face death. There have been several attempts on his life, including a gun to his head that failed to fire. He firmly believes that he could not have survived without God’s intervention and ‘wider plan’ for him. He says that the only reason ‘I am not where God wants me to be’ is because of his own stupidity.

After a decade of witnessing the results of guns, gangs and mayhem, Greg sold his security business to develop his vision for UEW, which became the UK’s first Inner City Cultural Centre. It is based in Brownley Methodist Church in Manchester – once dilapidated and vandalised and now transformed into a hub of local social and business activity. It houses a professional gym, therapy rooms, cinema, barber’s shop and dance studio. Over the last 20 years it has become a place of sanctuary and direction for those commonly labelled ‘yobs or hoodlums’ and pushed onto the fringes of society.

Greg describes how the centre has changed lives. Doctors gave Tyson Fury little chance of survival when he was born prematurely, weighing only 1lb. To ‘toughen up’ he trained in the UEW gym after being bullied at school. Today he is a world champion boxer. UEW also sponsors light middleweight boxer Jimmy Kelly. Greg believes in creating ‘reference points’ – around music, boxing, dance, the gym – which will give young people a platform and opportunity to channel energy positively.

Greg’s early days working in the security world as a door staff technician – aka bouncer – has made him a bridge between ‘the world of the local villain and the ministry of God’. He admits that the physical appearance of gang members can be off-putting: ‘Some look out-and-out gangsters, very aggressive, but happen to be Christians.’ He tells me: ‘Because I have been involved in the drugs, guns and gangs, I totally get what they are about. I have become an orbit where they ask, “Do you read the Bible?”’

Even the most painful times have not shaken Greg’s faith. His daughter, Ciarra, made national headlines as the first baby baptised in the UK in the new millennium. She had a heart defect, and died in January 2014. ‘That was awful, very painful, a bad time for all the family,’ he says. But he held tenaciously to the belief that ‘God does not make mistakes’. Although he has sometimes turned away, he finds that silence, ‘listening to what God has to say’ and reading the Bible help him to keep going. ‘Bad things still happen, but you accept them, you deal with them.’

He quotes the story of Jesus cursing the fig tree for being unfruitful. He understands this as being about the tree’s failure to live up to the standards it claimed. ‘I do not want to be one of those Christians that looks, smells, sounds, like a Christian but when challenged doesn’t walk the talk,’ he says.

The declining role of the church is of great concern to Greg. Churches in Wythenshawe are targets for vandalism, and three have closed in as many years. This exacerbates a void, which has created a breeding ground for exclusion. Greg believes there is a total lack of understanding of the lives of those who live in rough conditions. School teachers, police officers and youth workers no longer live on the inner city estates, leaving young people with no role models to help them form a moral compass. 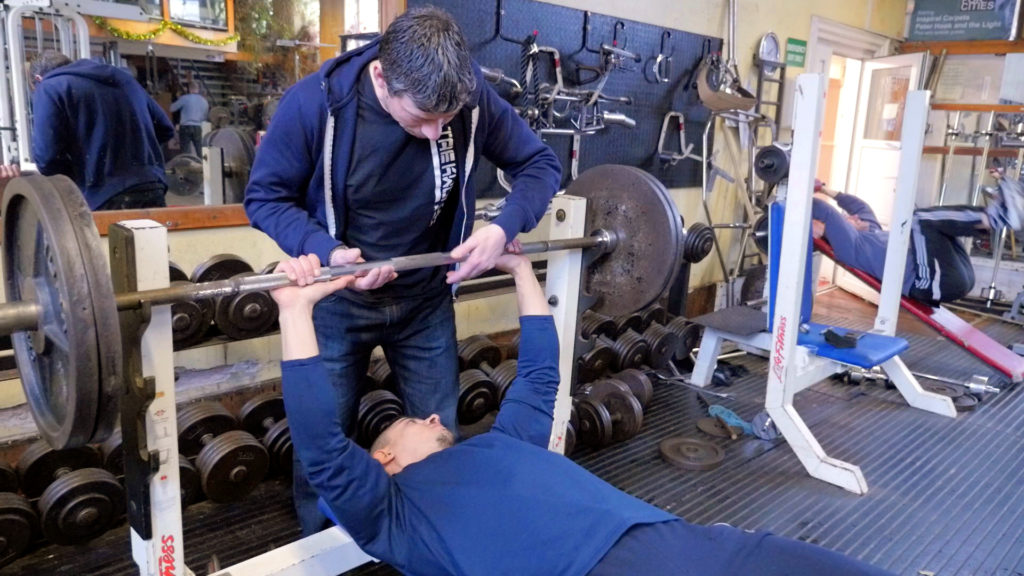 Is it any wonder that hostile, often violent youth gangs flourish on inner city estates? Everyone needs a sense of belonging and street gangs satisfy such needs. The term ‘hoodies’ originated in Wythenshawe, he says, where young people kept their hoods up to avoid being recognised by the security cameras on most street corners.

Greg has a vision of a worldwide grassroots movement – Street Peace – using music, dancing and drama to raise self-esteem, and to ignite the ideas and dreams of people living in inner cities.
‘Now is the time for some plain honest singing and some plain honest music,’ he says. ‘I want to make a plain honest statement that will make a plain honest difference. We are breaking the politics of the ghetto and building solutions. It’s about taking the energy off the streets that goes into creating, developing and maintaining a gang and channelling it into positive change.’