Where only puppets can go 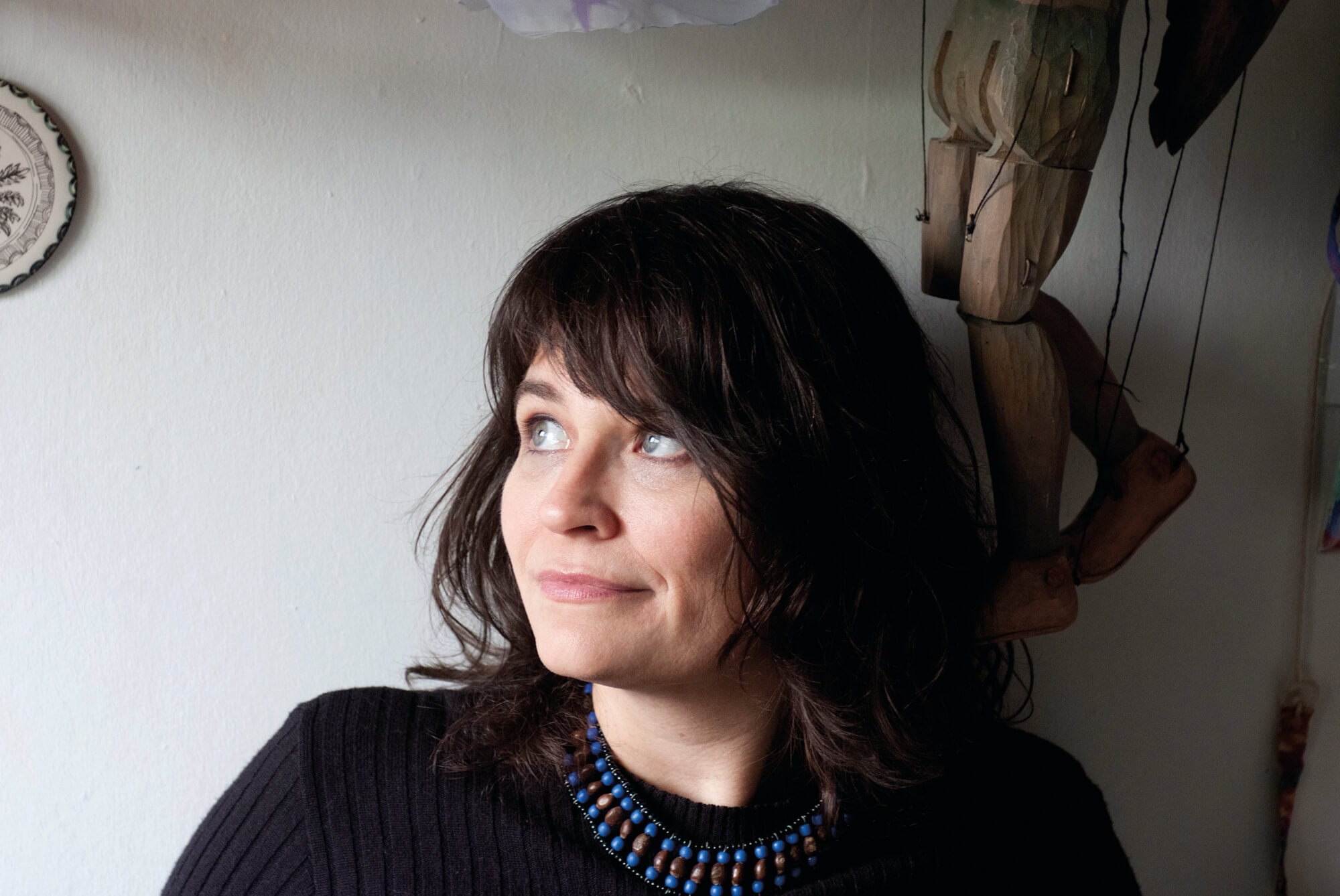 Q: Why did you make your award-winning autobiographical film Hooray for Hollywood?

In 2008, I created Hooray for Hollywood, a live puppet play, based on events from my own childhood, when I survived and escaped trafficking initiated by my family. After each performance, I’d facilitate a post-show discussion, assisted by representatives from Childline.

In 2011, I produced a film version. In most news coverage of paedophilic crimes, the child victims are represented only as statistics. This blots out their humanity. I felt people needed to care about these children for changes to take place. I felt that speaking from my own experience, using puppetry as a medium, could be a way to invite conversations on a difficult topic.

Q: What was the impact of the awareness-raising event you organised with Initiatives of Change (IofC) in 2013?

Charlie Ryder, a fellow film producer, friend and puppet aficionado, recommended I get in touch with IofC. They brought together a team to work with me on producing an awareness-raising event on human trafficking. It featured the film, my testimony and a panel discussion.

After the event, I was invited to show Hooray for Hollywood at London City Hall and was interviewed for Shadow City, a study on human trafficking in London. The researchers were particularly shocked by one scene in the film, where children approach the police for help and are turned away. They asked, ‘Does that still happen?’ I suggested the check with the charities in London working with current trafficking victims. The answer was yes: it was still fairly common. This received worldwide press coverage when the report was launched.

Hoping to promote the IofC event, I approached a freelance journalist. This led to an article in the Guardian, which set off a chain reaction of interviews. Hundreds of people wrote to thank me for helping them to understand these crimes and better protect their children.

Invitations followed to present the film at the United Nations in Geneva and the Commission on the Status of Women in New York; and for charities, safeguarding teams, care homes, counselling offices and universities.

In 2015, the UK passed the Modern Slavery Act to help protect trafficked people. One of the main provisions was the establishment of an Independent Anti-Slavery Commissioner to evaluate and coordinate law enforcement and ‘ensure good practice in the identification of victims’. 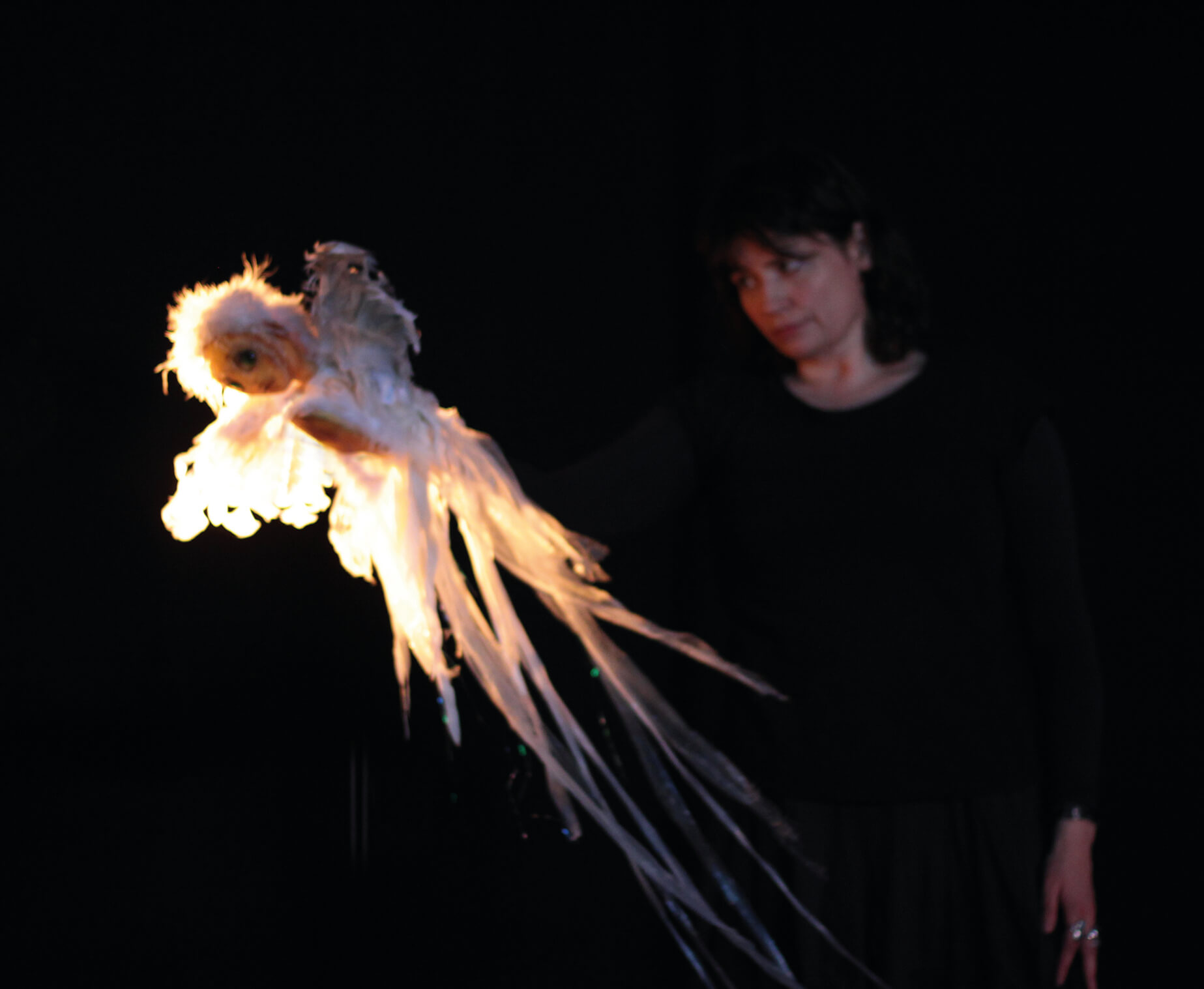 Q: Tell us about your new puppet play.

Love vs Trauma is about leaving an abusive situation, finding support, managing trauma symptoms and going on to have a good life. We’ve performed it in Beijing and Puerto Rico and are taking it to conferences in Greece and Wales.

The BBC have filmed it for Wellness Project. Trauma responses, if unrecognised, can be incredibly destructive of relationships, family, community, politics and the planet. If we identify and defuse the emotional roots of destructive human behaviours, there may still be a way to circumvent extinction. Healing involves facing the truth about one’s life – but it does work, and it’s worth it.

Q: How are you using puppets to address trauma?

I have also developed a variety of workshops on trauma recovery, using puppets – for teenage survivors, adult survivors and professionals working with child victims.

Puppetry is an amazing medium. Children can use toys to act out the emotional dynamics of something upsetting, in a safe way, and maybe come to a different solution. Perhaps this time the dinosaur eats the lorry, instead of the lorry running over the dinosaur.

Puppetry helps us see different possibilities. We can look at ‘what should have happened’ to help us grieve ‘what did happen’. It can help us realise that people’s behaviour was not ‘about us’. It can help us to see a situation in a ‘one-step removed’ sort of way – ‘trying on’ the reality it might represent.

Trauma gets stuck because we don’t process it the same way we process everyday experiences – the verbal part of our brains turns off when primitive survival mechanisms kick in. Trauma experiences are tough to express in words, so images, metaphors, colours, sounds – the components of puppetry – allow a person to reclaim difficult experiences and reconnect to supportive people in their life. 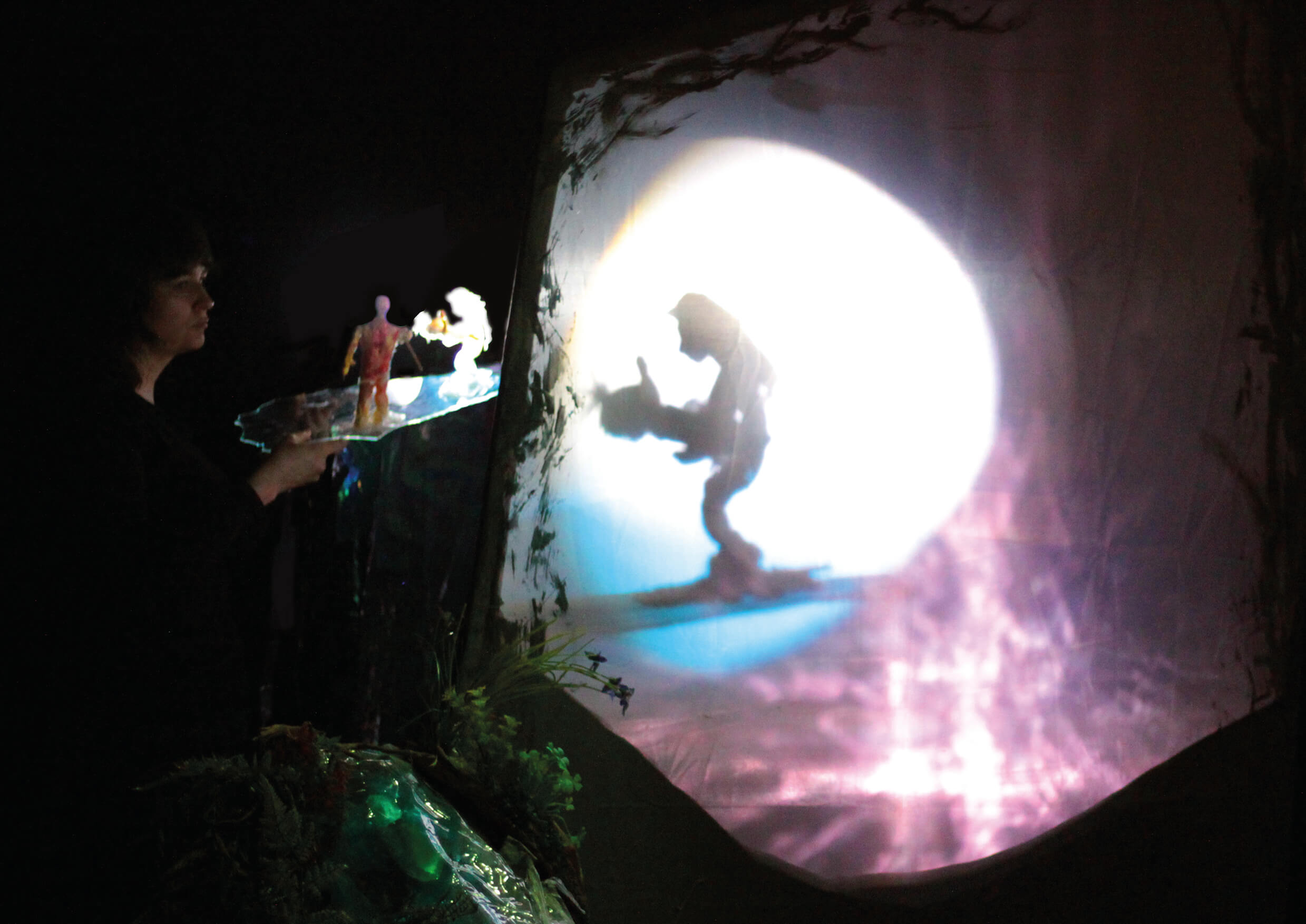 Q: What about your own journey of healing?

It was initially tough to escape, establish a new support system and to heal. However, I’ve led quite a joyful life for the past 20 years, directing Puppet (R)Evolution and working as a professional puppeteer, artist and puppet maker.

I created Hooray for Hollywood after a long healing process and many years of living a life filled with warmth and love. My own disclosures have chimed with the global chorus of the MeToo movement. Before I made the show, there was horrible social stigma – so much shaming and blaming of survivors. It was difficult to mention what I’d been through without enduring a barrage of demeaning stereotypes and discrimination. There is much more public support for survivors now.

Q: I imagine the process of creating a puppet play is incredibly lengthy?

Hooray for Hollywood was my first full-length show, so I needed to build up a whole suite of skills. I took workshops on puppet-building, script writing, improvisation, mask work, storytelling…. I also did an MA in Advanced Theatre Practice at the Royal Central School of Speech and Drama.

I built the puppets in a weekend – the poor little things are mostly wire and bubble wrap. They were just meant to be temporary, but people loved them, so we’ve kept them, wonky as they are.

Later, someone volunteered to help me produce the film. We discussed the play script line by line, and I rewrote it into screenplay format. It was challenging to learn about filming and editing, skills I used later when making animations for other plays and documentaries. 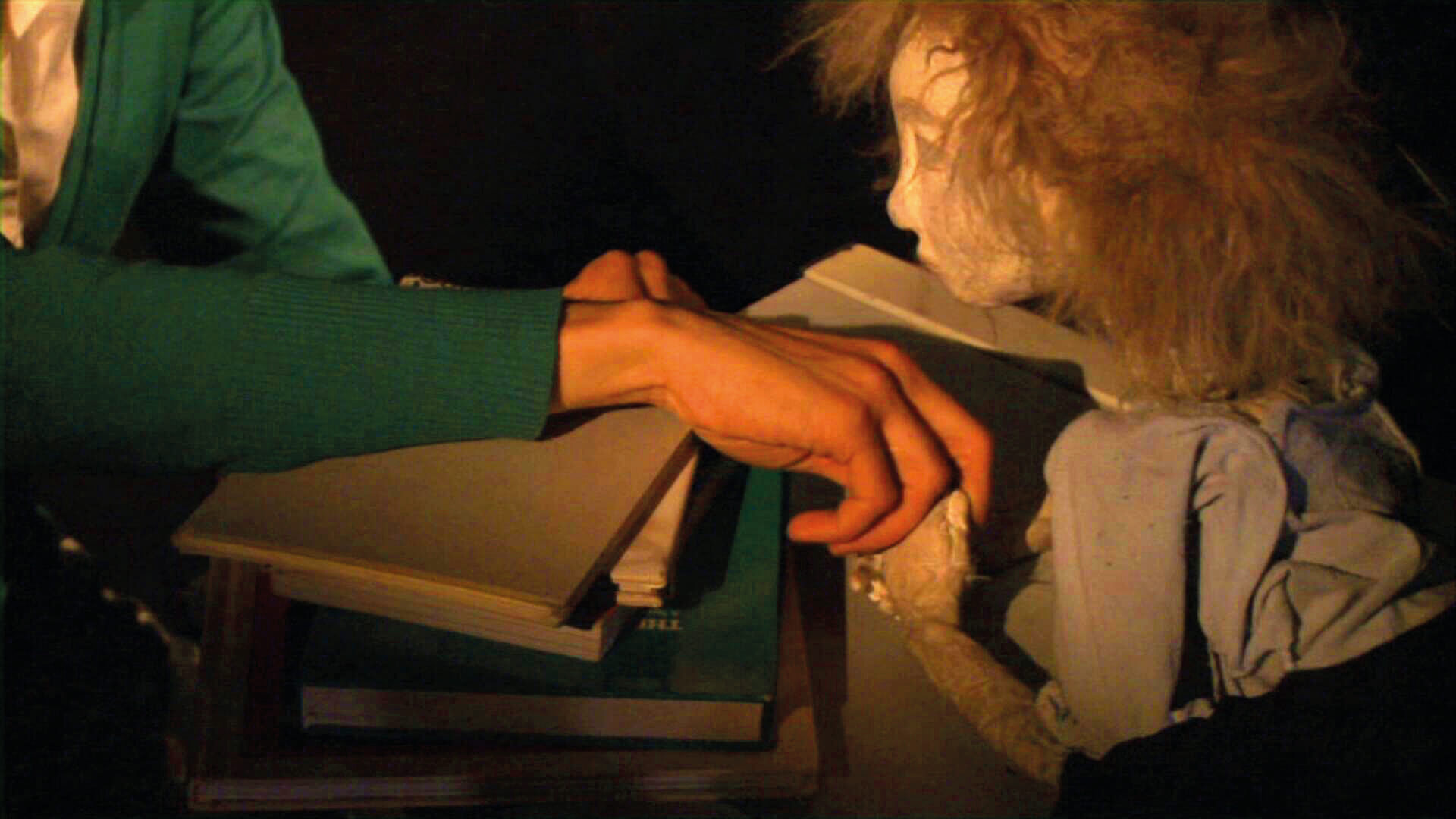 Q: What is the message you want to give to the world?

Our past doesn’t have to determine our future – we all have the capacity for radically positive change, if we face reality instead of running from it.