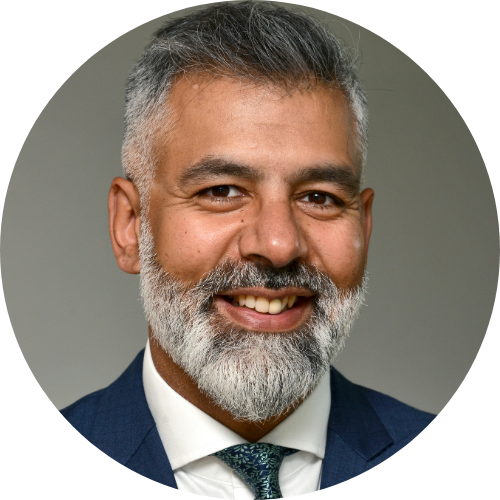 It’s been nine weeks since I was asked to step up into this role, and perhaps it is most important for me to report that even in this most unusual year, IofC UK remains strong. Despite the challenges of 2020, the wonderful members of IofC UK’s Executive Committee, and the rest of our talented staff team are in good spirits and are committed to consolidating and building on the work of previous years.

The underlying sentiment of this report has to be one of gratitude.

I understand that this is the first Annual General Meeting (AGM) that Philip Boobbyer is attending since he stepped down as Chair of the Board of Trustees, and may I express my heartfelt appreciation for his commitment, depth and faithful responsibility in discharging his role. His courage in opening IofC UK up to the winds of change has already reaped dividends and will continue to do so.

Paul Gutteridge, as National Director, transformed IofC UK and our whole team is indebted to him for enabling us to look forward and to take practical steps towards turning individual visions into a collective reality. A meeting with Paul would pretty much make my day. He would protect, counsel, elicit, entertain, pray, reason, coach, instruct, articulate and most of all find ways of making his team believe that we are valued and have meaningful contributions to make.

I ask for forgiveness in advance for the mistakes I will make as acting National Director.

I am deeply privileged to be working particularly closely with a formidable and guided team, who in addition to the friends whom I have already mentioned, include Margaret Cosens, our wise and gifted Chair; the Rev Canon Lusa Nsenga Ngoy, our inspirational Vice Chair; the hosts of IofC homes, and our wider outreach team. Together with all of you and an array of external partners, IofC UK can be a standard-bearing, spiritually based organisation, that is at once professional, loving and effective on the ground.

We are living in a time of unprecedented crisis in what I refer to as a ‘karmic year’. Personally, since March I have lost four intimate mentors, including my beloved Spiritual Director.  At the weekend, in a blow to the faith and leadership firmament as a whole, the founding Patron of Faith in Leadership (my non-IofC calling), the legendary Lord Jonathan Sacks, the Chief Rabbi Emeritus, passed away. I nearly died of COVID in March and now Paul has resigned due to sickness. That’s just me. I see the shock of this disease on our country and world, and I know that it could lead to untold misery and tensions in the years ahead.

For IofC, this crisis is, of course, an opportunity to continue to make a spiritual and physical difference. A part of the legacy of IofC USA, of which I am a Board Member, is the change-making work that occurred for decades on Mackinac Island.  Some of you will have been a part of it.

By happy coincidence, an institution in Mackinac coined the term ‘the Overton Window’, to describe the acceptable range of political thought in a culture at any given moment. It was the creation of Joseph Overton, of the Mackinac Centre for Public Policy, who died in 2003 aged 43, after a solo plane accident. His crucial insight was that the window of acceptability can be moved.

An idea can start far outside the political centre-ground and cross-over into the mainstream.  As a kid, I remember watching the Referendum Party in the 1997 election, contest 547 seats and lose all of them! Yet two decades later, the Referendum did occur, after a series of shifts of ‘the Overton Window’.

There are many instances of similar transitions around the world.

I wonder if there is an ‘IofC Window’?

If so, in the IofC Window, is a humble charity, unashamedly Christian in its Objects, that is for, and celebrates people from, all our main faith traditions and cultures, and people of no religious faith, and those coming from a range of generations, identities and backgrounds. All are invited to experiment with the process of the daily quiet time, obedience to the inner voice, and striving to abide by the four standards, in an effort to remake the world.

This ideology has, for instance, transformed villages around Panchgani through Grampari, the rural development initiative of IofC India, which some of us saw for ourselves during the 10th Anniversary Programme of the School for Changemakers in January of this year. Through sustained quiet times and regular accompaniment, Grampari has impacted, around 600 villages, engaging approximately 50,000 people in some form of conflict transformation with a significant impact in behavioural changes towards women and children.

This has been alongside work done on the provision of clean drinking water (affecting approximately 20,000 people), reduction in disease and diarrhea through work in an educational hand-wash programme delivered to 120 schools, amongst many other developmental achievements. All this, has been achieved through the loving accompaniment, servant leadership and living of the IofC values by dear friends.

If the world is indeed a village, as the pandemic and other recent events suggest, then Grampari stands as an example to all of us. What happened there can happen everywhere, for at Grampari’s core, is the change in human motivations and purpose, exactly as experienced by my first IofC role models, the late Bill Jaegar, Betty Gardiner and Keith Wells. Indeed, some of you on this call, have seen this approach alter the destiny of nations.

We can, if we so desire, bring so many of Britain’s future and current leaders into the ‘IofC Window’, and in this manner, and by the grace of God, change the way our society works.

The rise of ethnonationalism, the concerns of the white working class, the scourge of Islamophobia and antisemitism, the reality that Black Lives Matter, the addictive horrors of surveillance capitalism through social media, the defilement of the natural world, the automisation of jobs and the prospect of mass unemployment, are all matters which we can leave alone.

Or, we can be led to accompany those who have or can have influence in these and associated fields, and engage them in a process of inner change and sharing, just as IofC friends in Panchgani and in other places and AT other times have.

To conclude, I believe that in such an endeavour, we will learn much, and if we persist, through the forging of trusting, long-term relationships, we WILL have a society which is undeniably led by people, led by God.

That, thankfully, is nearly enough from me.